While Israel’s current campaign to deport some 700-1500 South Sudanese asylum seekers made headlines around the world, the mainstream media has neglected another ongoing expulsion. Originally published in The Daily Beast’s Open Zion.

Since March of 2011, the state has been arresting and deporting the Israeli-born children of migrant laborers along with their parents. In the past 16 months, over 90 families have been expelled. Many arrived on state-issued work visas and lost their legal status due to a policy that forbade foreign workers from having and keeping babies in the country—a policy that was struck down by the Israeli Supreme Court in April 2011.

Without a peep from the international media.

Israel’s expulsion of migrant families bears many similarities to that of African refugees. Politicians call both groups a threat to the Jewish character of the state. And human rights groups have decried the deportations as a breach of Israel’s obligations as a signatory to various international conventions.

The deportation of some 1200 children was first announced in July of 2009, the same time that Israel began enforcing the hitherto unenforced Gedera-Hadera policy, which bound African migrants by Gedera in the south and Hadera in the north, forbidding them from living in the center of the country. A public outcry led to the cancellation of Gedera-Hadera; the expulsion of the children was postponed.

As the state lacks a cohesive policy regarding non-Jewish immigration, a special committee convened to decide which kids would be allowed to stay and which would have to go.

Interior Minister Eli Yishai has advocated for their deportation, saying that these non-Jewish children are “liable to damage the state’s Jewish identity, constitute a demographic threat and increase the danger of assimilation.” He makes the same claims about African asylum seekers, calling them a challenge to the “Zionist dream.”

This granting of permanent residency that, later, would make the children eligible for citizenship, occured in a one-time window, just like the “one-time” window opened in 2005 for the children of undocumented foreign workers. In 2010, human rights groups estimated that the new criteria would lead to the naturalization of some 700-800 kids; the remaining 400-500 would face deportation.

Critics called the criteria arbitrary and said that many children who were Israeli in every way—minus Jewish parents—would fall through the cracks. The United Nation’s Children Fund (UNICEF) called the decision a “gross violation of the Convention on the Rights of the Child,” which Israel is a signatory to.

According to Ministry of Interior spokeswoman Sabine Hadad, 701 families filed for naturalization under the 2010 criteria. 183 requests were rejected; 257 families got legal status.

But, today—almost two years after they filed their paperwork—261 families are still waiting for an answer. And many that seemed to meet the criteria have found themselves shut out.

Rotem Ilan, a co-founder of the grassroots organization Israeli Children, tells Open Zion: “The Ministry of Interior is coming up with every excuse to deport as many as possible… Children who have finished [high school]—rejected. Kids who have one parent with a work visa—rejected. Children who were referred by the Jerusalem municipality to Christian schools in [Israeli-occupied] East Jerusalem—rejected.”

Another example: Angie Robles, 56, has been taking care of her 15-year-old Israeli-born grandson, M., since he was a toddler. His father died; his mother, who abandoned him, has since returned to the Philippines. Robles raised him like her own son.

The two live in a small apartment in Tel Aviv, where they celebrate the Jewish holidays.  There are two flags—one Filipino, the other Israeli—in their entryway. A calendar of Israeli soldiers stands on a bookcase. Like many other children of migrants, M. dreams of serving in the army.

Robles applied for naturalization on her grandson’s behalf in 2005 and 2010. While M. met all the criteria both times, the applications were rejected on the grounds that Robles has temporary, not permanent, guardianship of her grandson. M. faces imminent expulsion to the Philippines, a country he has never visited.

Ilan adds that many children facing deportation are like M.—they are older kids who were “born, raised, and educated all of their lives in Israel. Hebrew is, of course, their mother tongue and they grew up here like every other kid in the country.”

Just over a year ago, the Israeli Supreme Court struck down the mechanism that made many of the families illegal to begin with—a state policy that stripped migrants their legal status if they had a baby in Israel. After giving birth, migrant women had three months to send their infant to their home country, essentially forcing mothers to choose between their visa and their child.

Last April, the Supreme Court ruled that this policy was a violation of Israel’s own labor laws. But just yesterday, Israeli authorities arrested a six-year-old girl whose mother lost her work visa due to this policy. The two will be deported to the Philippines.

This article was first published in The Daily Beast’s Open Zion.

emailemail
Before you go…
A lot of work goes into creating articles like the one you just read. +972 Magazine is nonprofit journalism, owned by many of our writers, editors, and journalists. In order to safeguard that independent voice, we are proud to count you, our readers, as our most important supporters. With your support, we can keep +972 Magazine a strong, independent, and sustainable force helping push the global discourse on Israel/Palestine.
DONATE
More About jewish identity 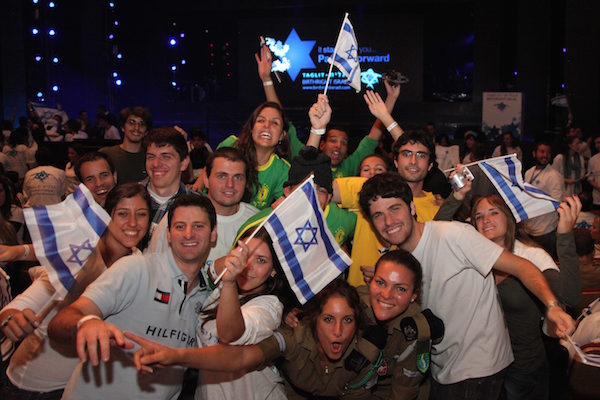 Conflating Zionism and Judaism leaves Jewish students exposed
‘Israelism’ has replaced traditional Jewish identity, making it difficult for Jewish students to distinguish between divergent political views and attacks on their identities. By Yakov M. Rabkin It is no secret that young Jews often find it difficult to separate Zionism from the Jewish identity as it has been taught to them. Their identity is…
By +972 Magazine December 8, 2017 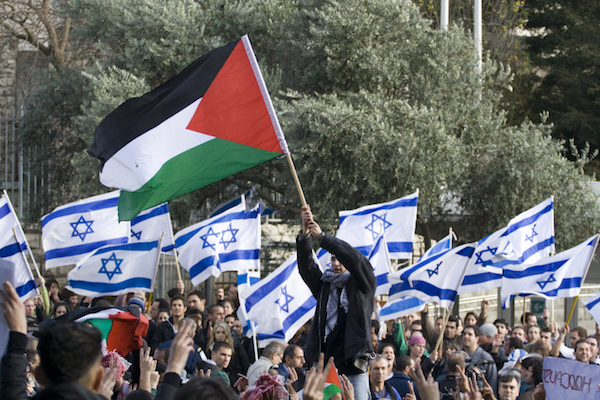 Jewish students feel unsafe on campus? A new study says otherwise
A new study published by Stanford University reveals that Jewish students feel safer on university campuses when they refuse to conflate their Jewish identities with unequivocal support for the State of Israel. By Oren Kroll-Zeldin In recent years numerous studies have created the impression that university campuses across the United States are a hotbed of anti-Semitism and…
By +972 Magazine October 6, 2017 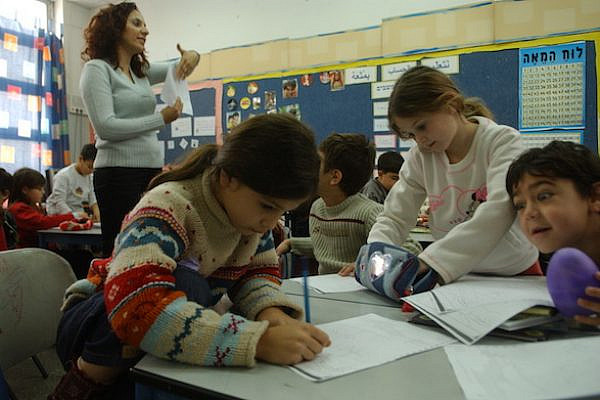 Goodbye to the Jewish-Arab school that taught me the meaning of hope
For years, Jerusalem’s bilingual school gave an entire community reason to believe in hope and partnership. In Israel of today, it is nothing short of a miracle. Today is the first day of September, the first day of school in Israel. Putting aside the years we lived abroad, this is the first time in 13 years that we…
By Orly Noy September 1, 2017