Peter Beinart’s interrogation at Ben Gurion Airport made headlines not because of his clout as a public intellectual, but thanks to the quiet dignity of Palestinian children, women and men who have endured Fortress Israel for years. 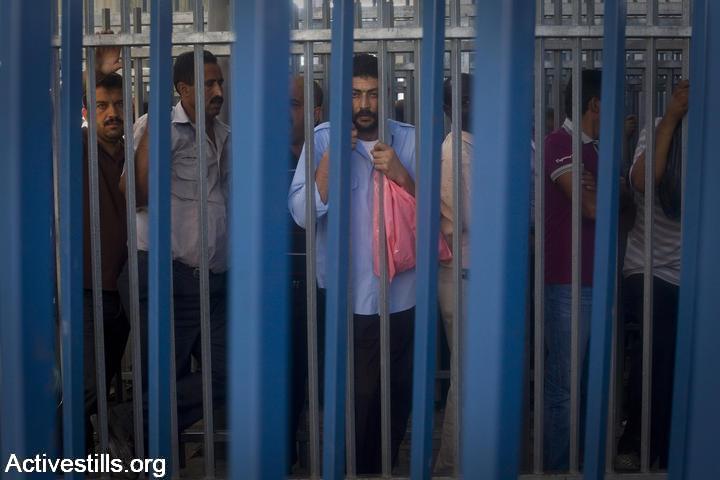 Palestinian men try to pass through the Qalandiya checkpoint on the last Friday of Ramadan, September 3, 2010. (Oren Ziv/Activestills.org)

I first lost my father in the heat of a Jericho summer, 20 years ago this week. He disappeared, or so it seemed, between the river and the “rest area,” a concrete-columned bus depot known to Arabs as the istiraha. Teeming with travelers, some on their way to Jordan, others inbound for the West Bank, it was an easy place to lose one’s bearings, and foreign tourists were known to bypass it by paying extra for a private cab.

My father, though, was no tourist. Born and raised in the West Bank town of Tulkarem, he had lost his right to return in the 1967 war, when his absence — he was a medical student in Baghdad — cost him his residency.

For years, Baba had balked at the idea of returning. “Samer, in the final analysis,” he would say, employing a favorite phrase, “I simply can’t ask permission to visit my own home.” But five years after the Oslo Accords, he, like others of his generation, the last to be born before 1948, sensed his time was short. He began to ponder the possibility of an imperfect homecoming.

After months of jockeying, I had managed to get him an Israeli-issued permit to enter the West Bank. A cousin, still a resident of Tulkarem, had used his hawiya, or Palestinian identity card, to sponsor Baba, and the timing — late August, with its promise of freshly picked figs — was enough to sway him toward the trip.

Like the town that abuts it, the Jericho “rest area” sits at the lowest point on earth. At the time, travelers from Jordan could get there, from the Israeli-administered crossing point, by bus. There, they would navigate the way station, distilling from the noise of diesel engines and generators the names of various West Bank destinations, shouted in quick succession by drivers anxious to sell their last seat. “Al Quds! Al Quds! Al Quds!” signaled the onward journey to East Jerusalem’s Damascus Gate. Ramallah, Nablus, or Bethlehem rose from the bustle, too.

For all its motion, the istiraha also served as a designated waiting area for friends and relatives of those crossing back. For most Palestinians with a hawiya, this seemed a relatively quick process, and I watched as family after family embraced their returning loved ones. They stumbled off the bus carrying plastic-wrapped suitcases bursting with gifts, their wide-eyed smiles quickly overcome by tears. I imagined my father, staring out the window of the next bus, taking in scenes he had missed for 35 years, and I wondered whether he, too, would be smiling, whether the leaden weight of exile might lift for this moment. 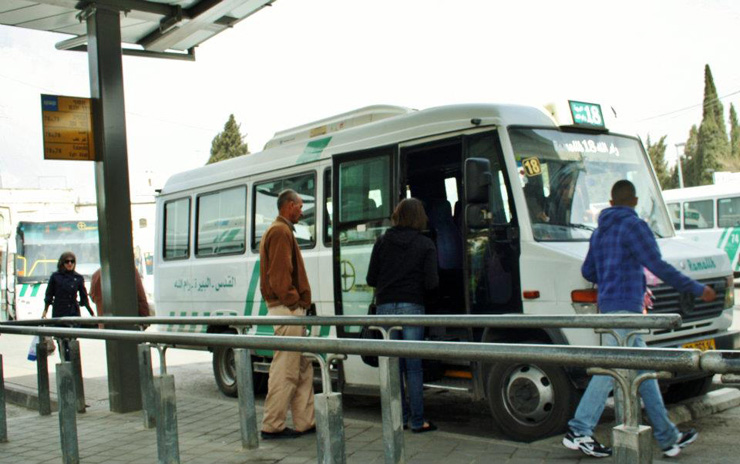 Passengers board a bus to Ramallah at the Palestinian bus station in East Jerusalem. (Photo: Anthony Baratier/CC)

But he was not on the next bus. Hour after hour passed, and my father was nowhere to be seen. I had no way of knowing where he was or what had happened to him, so I wove my way frantically through each busload of descending passengers, interrupting the reunions to ask if someone, anyone, had seen a tall man with green eyes, combed-back gray hair, and a mustache that made him look, for all the world, like Omar Sharif.

Five hours of this, and countless buses later, he arrived.

At some point after we leave our parents’ home, we children learn to brace ourselves for the inevitable signs of aging that accompany each reunion. The signs — weight gained in the eyes or a raspiness brought on by years of smoking — seem more stark with each return, compounding our angst before the next one. The first time I returned to Abu Dhabi, after a year away at college, I eyed my father from behind a glass wall, where I waited in line for my passport stamp. I saw a slump in his shoulders and, though he smiled back at me, I could only guess that the elder Bush’s war, which had ended months before, had taken a toll on him.

At the istiraha, I didn’t need to guess. The indignities of Israeli interrogation, suddenly known to American journalist and liberal Zionist Peter Beinart and others, have long since become the standard for Palestinians like us, denied an “identity” only the Jewish state claims the power to bestow. On my own last attempt at Allenby, for example, I was eventually invited to sit in an empty hall, by a fatigued conscript with reared Levantine Arabic. He said it would be a while. I said I would wait. So he smiled, motioning the custodial staff to cut the lights. I was to be released on his time, by God — and well after midnight. 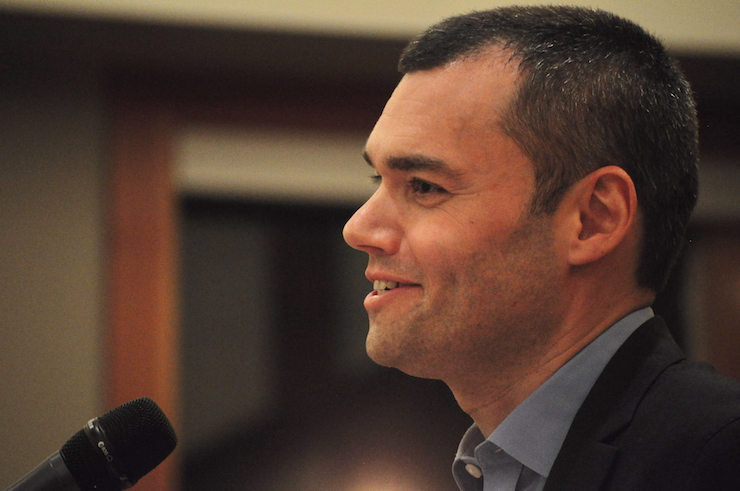 I don’t know what the interrogator said to my father all those years ago. For the precious days he had in Tulkarem, we made a point of not discussing it, the better to cope with more signs of his irretrievable age. His silence, perhaps, like that of so many Palestinians who preceded us, may seem too meek in this age of Twitter threads and instant columns.

But I beg to differ.

Advocacy has its place, and I am grateful for Peter Beinart’s. But it is thanks to the quiet, persistent dignity of ordinary Palestinian children, women, and men, not to bylines or followers, that Peter’s story resonated at all. Were it not for them, who have so long borne the brunt of Israel’s fortress state, he and others might never have discovered it for themselves.

As for my father, he vowed never to return as a visitor again. And though I buried him last year, on a hill overlooking an olive grove, he left volumes of letters to remind me: This is our story — our Palestinian story — and it will not be lost.

As I told you a couple of days ago, I have left Saida for Damascus to finalize some paperwork and visit my cardiologist. I did my tests yesterday in preparation for my appointment tomorrow night. Thank God, the lab results are very good. Dr. Ayman will be very pleased but will probably give me shit for gaining some eight kilograms!

As you probably have noticed, the political situation in Lebanon is not stable these days. No one knows where or when and how it is going to end. We have not decided to leave Lebanon as yet but will remain ready to move quickly should circumstances demand it. Towards this end, I will go to Jordan for a few days. This will give us a valid option should we need to move again.

How incredible Palestinian suffering is. It is not enough that we couldn’t find a place to call home and live in it with dignity. We can not even find a place to die in peace.

I love you all and am proud to be your father.