In the coming weeks, three young Israelis are expected to go to prison for their refusal to enlist in the Israeli army, and a fourth conscientious objector received an exemption from service yesterday. Together they form the first group of refuseniks in Israel in the past three years. These are their stories.

Since December, I’ve been considering using my refusal to make a statement, but I felt alone, and it felt pointless doing this without partners. When I saw your +972 interview with Noam Gur I felt less alone. I contacted her, and very soon realized it would be best for us to refuse together. We even have the same draft date, or prison date at that. (Alon Gurman)

Two weeks ago, Noam Gur seemed like a sole pioneer, taking on the cause of reviving the refusal movement in Israel. After almost a decade of high school student initiatives against the draft and the occupation (starting in 2001, with a petition I myself co-signed) there have been no such collective acts of refusal since 2009.

Now it appears that Gur is not as alone as she thought. Since the interview was published, Gur was contacted by three more conscientious objectors, and the four have started coordinating their actions. One is resisting the draft because of the occupation, a second was an officer who switched sides and refuses to return to his reserves service and the third a pacifist. While the latter has been exempt from service, the first two will most likely enter prison with Gur.

‘My refusal is an act of solidarity with our Palestinian comrades fighting for freedom, justice and equality’

Alon Gurman, 18, from Tel Aviv was certain that he would enlist until he first went to the West Bank. During his last year in school, he started reading about the Palestinian popular struggle, and went to hear a lecture by “Solidarity” activists.

“I started going to demonstrations thinking that while certain policies might be wrong, they can be changed, and changed from the inside, and so I went on with the pre-draft procedures as expected of me,” says Gurman. “Only after the first time I went to the occupied territories did I realize that I could never be a part of the army. I saw house demolitions; I saw unbelievable levels of violence used against civilian protest, and all in the name of colonialism. I was especially traumatized when I was arrested in a demonstration in Al-Walaja, just as we were starting to disperse. The soldiers were my age, my peers, and I saw the effect of the service on them. You can’t be moral in an immoral situation.”

In recent months, Gurman has been attending the Friday demonstrations in the West Bank on a regular basis, and during the last escalation in Gaza, he organized a protest in Tel Aviv, before and during which he received personal threats. The exposure to all of this violence strengthened his decision to refuse, but it was only after hearing of Noam Gur that he was persuaded to do it openly, risk prison, and not avoid the draft quietly.

In a statement he prepared ahead of his expected imprisonment on April 16, Gurman writes: “My refusal to enlist is not only one to partake in occupation and apartheid, it is an act of solidarity with our Palestinian comrades fighting for freedom, justice and equality… My hope is that by refusing I can have some influence on society, and encourage others to do the same,” he says.

‘I saw officers raping their secretaries, soldiers tormenting Sudanese refugees at the border, and an army setting a city in flames’

Yigal Levin, 25, is far from your typical conscientious objector. Born in Ukraine, Levin’s family has a tradition of combat service tracing all the way back to the Napoleonic Wars. Growing up in Bat Yam, Levin was taught that a man’s role is to protect his family and homeland. “I used to be a Mussolini-styled fascist,” he explains, “not the local kind of religious fascists who want the land because of some divine promise, but the kind who believes that the spoils go to the winner. I knew I would be an officer when I joined the army, and having snipers shoot at me  in Gaza in 2005 made me even more of an extremist.”

But then things began to change, especially during the Second Lebanon War. “Part of my ideology was that the state has to be wise, responsible, decent and protective. In Lebanon, I saw a war that started for no clear reason, where soldiers died in vain while also committing a massacre against the Lebanese. Reading more about Mussolini, I found out he was a Marxist in his youth, and started going that way.”

In the years that followed, after he became an officer, he went further to the left. Levin says he witnessed officers raping their female subordinates, soldiers tormenting Sudanese refugees who crossed the border from Egypt, and during operation “Cast Lead” he was shocked to see the army bombarding the civilian population and setting Gaza aflame. These factors broke his faith in making a difference from within the ranks.

After the attack on Gaza, Levin finished his service, and inspired by Lev Tolstoy, he became an anarchist. He joined the Israeli Anarchist Communist Front and toured Ukraine and Germany with comrades. When he recently received an order to show up for his reserve service, he ignored it, and is thus now considered a deserter. Having heard of Gur and Gurman, he decided to turn himself in on the day of their refusal.

“The Israeli army is commonly considered to be ‘the people’s army’, an army of the people protecting the people,” writes Levin in his own statement. “But in fact, the Israeli army is simply a bourgeois army – a tool in the hands of a small clique, which does not give a damn about the people… Not willing to remain a mere tool, a traitor, and a hypocrite, I decided to terminate my participation in it.”

Ilya Fox too was not born in Israel, and he too traces his decision to refuse the draft back to Tolstoy. Fox, 18, was born in Belarus, raised in

Jerusalem, and says he never gave too much thought to politics or the army. Ironically, it was his school’s campaign to encourage would-be draftees that pushed him towards thoughts of refusal. “They started giving us basic military training in school [‘Gadna’], classes with soldier-teachers – a whole system of indoctrination that doesn’t even disguise itself as something else,” says Fox. “I felt uneasy with all of it, and decided that if I like living in Israel, I should learn a little about what’s going on around me. I got around to reading all sorts of blogs, and went to a Jewish-Arab youth workshop, where I met people who live 15 minutes from my home but were always late because they were detained by the army. That’s how I started resisting the occupation.”

But Fox didn’t stop with the occupation, and started asking himself bigger questions on armies and violence on the whole, after which he decided to resist all forms of hierarchy and uses of force. “Tolstoy describes the essence of human beings as living and not killing anyone else. I find that beautiful, and that’s how I became a conscientious objector.”

While military authorities deny exemptions to those who refuse because of the occupation, “total pacifists” such as Fox are treated differently. Yesterday (Thursday), three days before his draft date, he was notified that he is exempt from service. “Of course I’m very happy with this decision. The other three and I are in somewhat different positions, but we still cooperate. Even if we refuse for different reasons – it’s better to work as a group.”

BECOME A MEMBER
More About refusal 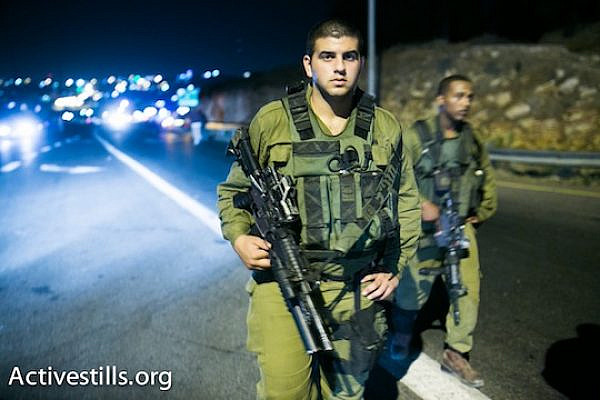 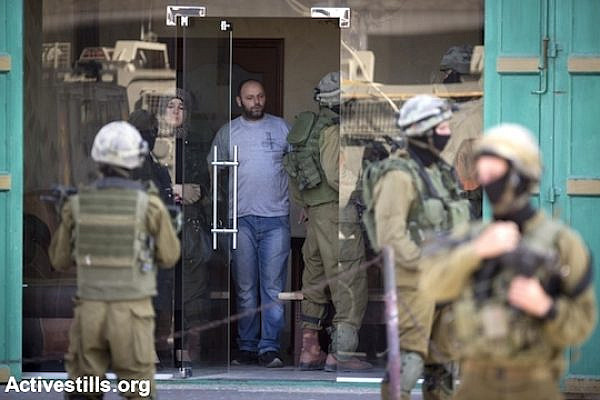 IDF’s ‘start-up nation’ reservists refuse to serve the occupation
One of the most striking points in the unprecedented refusal letter is the forceful argument that Israel’s policies vis-a-vis Palestinians are simply unrelated to defense –and they are a matter of choice. Forty-three members of the IDF’s prestigious and secretive Unit 8200 have signed a letter to Prime Minister Benjamin Netanyahu stating their refusal to…
By Dahlia Scheindlin September 12, 2014