A look at the facts.

In Israel and America, France has this reputation of being the ultimate effete, left-liberal country – so politically correct, so multiculti, so morally relativist and scared to death of offending any minority, especially Muslims, that it’s incapable of dealing with the threat of jihadist terror. Israelis and Americans (led of course by Bibi Netanyahu) are now lecturing the French that they have to wake up, get tough, crack down on these bastards or they’re going to be conquered by them.  (A lot of right-wing French are saying the same thing.) 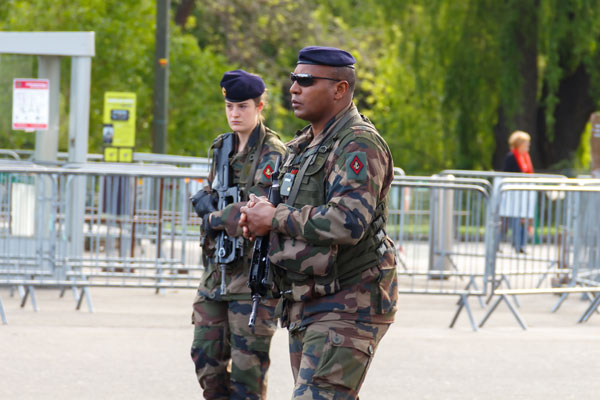 I don’t think that’s going to happen. When it comes to fighting Islamist terrorism, the French are world-beaters – going back to the 1980s. It’s difficult to say which attack was France’s 9/11, but it happened a long time before the massacre at Charlie Hebdo. France probably has the West’s toughest laws against terrorism, and it has no problem targeting Muslim suspects. One other thing – France’s mainstream Muslim population joins the rest of the country (except for adamant civil liberties advocates) in supporting the policy. And another point – France’s fight against terror is aided greatly by undercover French Muslim agents infiltrating certain mosques.

Two weeks after 9/11, TIME Magazine ran a story whose title pretty much tells it all: “Fighting Terrorism: Lessons from France.” Given the popular images of France and America today, it’s a real jaw-dropper to read:

Simply by citing “association with wrong-doers involved in a terrorist enterprise,” French police are able to arrest and detain any suspect in any crime whose goal, however remotely, can ultimately assist terrorist activity. That law shocks civil libertarians in the U.S. and Britain, but French officials retort that those countries’ commitment to strict civil libertarian principles has made them havens where Islamist militants can plot terror with less risk of detection because of the legal restraints on techniques such as spot ID checks and information monitoring.

And from a 2004 Washington Post article, “French push limits in fight on terror”:

While other Western countries debate the proper balance between security and individual rights, France has experienced scant public dissent over tactics that would be controversial, if not illegal, in the United States and some other countries.

The Directorate of Surveillance of the Territory, the domestic intelligence agency, employs a large number of Arabic speakers and Muslims to infiltrate radical groups, according to anti-terrorism experts here.

Other countries, including the United States, have long-standing policies that restrict law enforcement agents from infiltrating places of worship. So far, however, France’s aggressive approach has not led to widespread criticism.

Dalil Boubakeur, rector of the Grand Mosque of Paris, said many Muslims support the expulsions and are just as concerned about preventing terrorist attacks as other French citizens. “We find the public arrogance of these extremists completely intolerable,” he said. “Fundamentalism is on the rise. . . . This is a real danger. The state should take measures against these types of people that disrupt society, not only when there is a terrorist attack, but before.”

And a Foreign Policy article in 2006, “How the French fight terror”:

France… found itself in the cross hairs of Middle Eastern terrorists well before the United States did. France was the first to uncover a plot to crash a jetliner into a landmark building (the Eiffel Tower) a chilling preview of the 9/11 attacks. It was the first to face the reality that its own citizens could become assets of Islamist terrorist groups, long before British nationals bombed the London Underground last July. As a result, it has continuously adapted its judicial system and intelligence services to the terrorist threat that it faces.

’France has a very aggressive system, and before 9/11 they were centralizing the intelligence process and fixing laws to let them grab people very early to disrupt anything in advance,” says Gary Schmitt, an intelligence expert and resident scholar in security studies at the American Enterprise Institute. “They do a lot of things, including telephone intercepts, that make the Patriot Act look namby-pamby. In the U.S., we talk of pre-emption in military terms, but the French talk of it on the home front, to discover plots and conspiracies.”

So I wouldn’t worry about France getting conquered by jihadists. Also, I would stop giving the French advice about how to deal with them. Finally, I would stop believing stereotypes about that great, precious country that are 180 degrees from the truth.