It’s been nearly three years since demonstrations against evictions in Sheikh Jarrah began, and no one has heard a thing about the neighborhood in months. I went to check out the situation there on Friday – and found a shell of what it used to be. 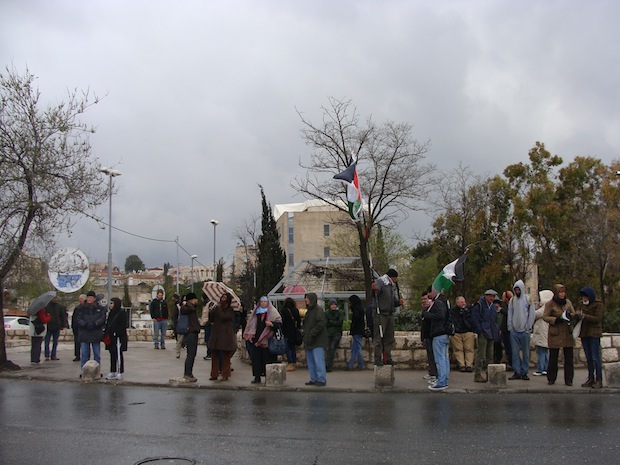 Nearly 30 protesters gathered in the East Jerusalem neighborhood of Sheikh Jarrah on Friday to demonstrate against the appropriation of Palestinian houses for Israeli settlers. An overwhelming majority of the protesters were Israeli; six Palestinians were present.

It was a far cry from the protests that put Sheikh Jarrah and the Israeli Solidarity movement on the map. Those spirited weekly gatherings attracted hundreds who chanted, held signs, and made music in the name of ending the Israeli occupation and settlement expansion.

Friday’s demonstration had no signs, no chants, and no music. A few people waved Palestinian flags. Most milled about and chatted.

A jeep full of border police blew past, uninterested by the small group.

Speaking about the nature of the joint struggle, an elderly Palestinian man whose neighbors lost their home to Israeli settlers remarked that it didn’t matter to him whether protesters were Jewish or Arab. “Anyone who supports [the struggle] against the occupation, he can protest.”

He added that his neighbors’ home is like his home and that joining the demonstration is about the collective, not “something individual.”

Amira Salamon Abdl Aziz expressed a similar sentiment. She lives in A-Ram, a Palestinian village located between Ramallah and Jerusalem. If the separation barrier is constructed as Israeli authorities plan, the village will be hemmed in from three sides. 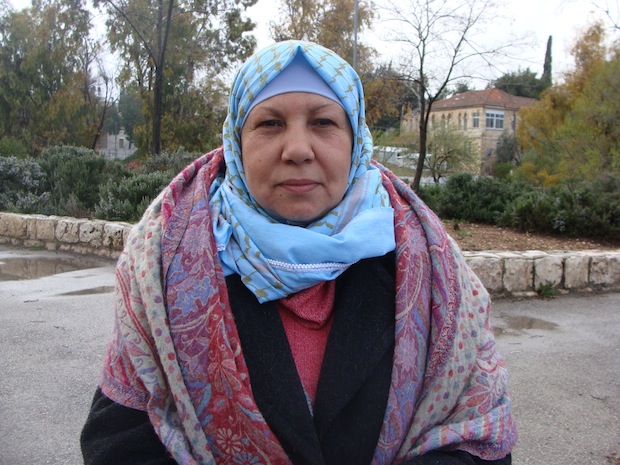 She has been attending the weekly protest in Shiekh Jarrah after she goes to Friday prayers at Al Aqsa mosque since the demonstrations began. She takes heart in the peaceful nature of the protest and the fact that both Israelis and Palestinians attend it.

Abdl Aziz, who lived in New York City for 11 years, elaborates, “Over there [in New York], they have Jewish people and Arabic people. There is a chance that we can get along…because over there, our neighbors, we go [to them and] they come to us.”

Even though “things have changed,” Abdl Aziz says regarding the small size of the protest, she keeps coming because of the communal spirit.

Speaking of home evictions, in general, she adds. “You’re sitting there and some [people]—don’t say the Israelis—say aliens came from outer space and they told [you] get out, this house is ours. How [would you] feel?

“That’s the one question I want to ask the world.”

Read also:
What happened to the protests in Sheikh Jarrah?