This week: Israeli forces kill a Palestinian in a Jenin raid, villagers return to land invaded by settlers, protesters camp out at Yair Lapid’s house, Palestinians protest the against the occupation and in support of prisoners, an event in France promotes Palestinian culture and activists bring water to deprived Jordan Valley residents. 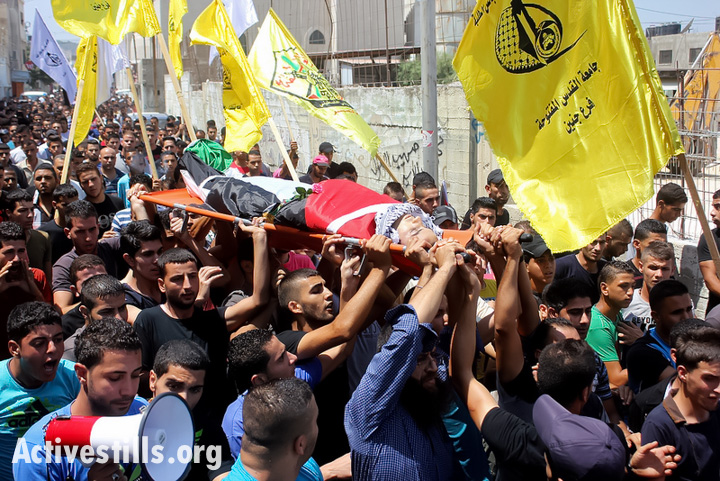 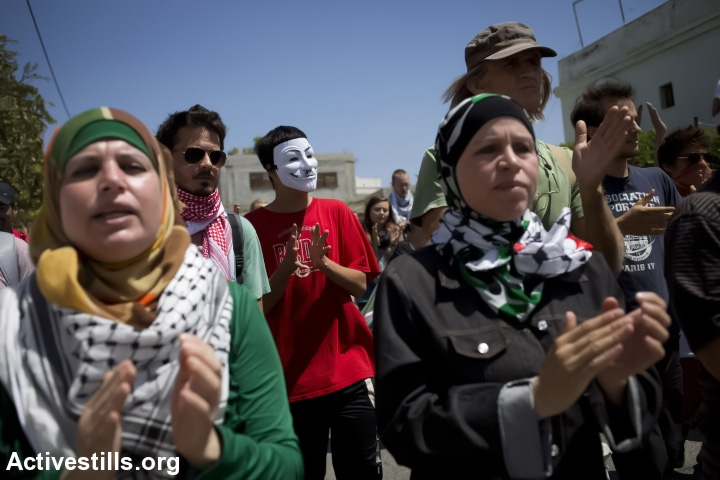 A Palestinian youth wears a Guy Fawkes mask, as Palestinian, Israeli and international activists march during the weekly protest against the Israeli occupation in the West Bank village of Nabi Saleh, August 23, 2013. (Photo by: Oren Ziv/Activestills.org) 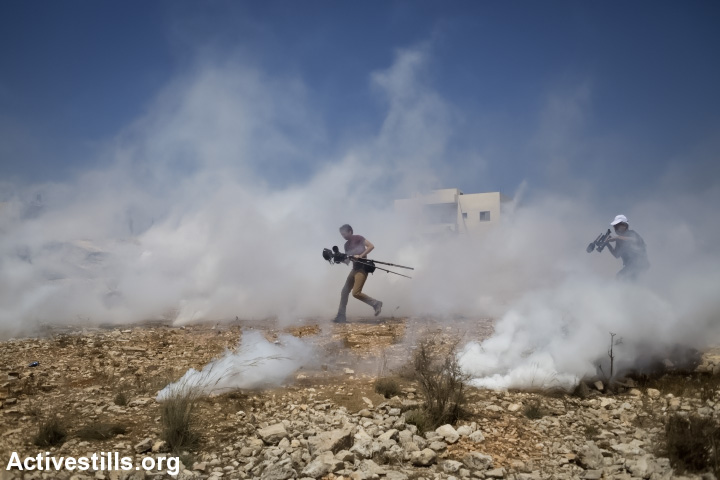 Photographers run though a cloud of tear gas, shot by Israeli soldiers, during the weekly protest against the Israeli occupation in the West Bank village of Nabi Saleh, August 23, 2013. (Photo by: Oren Ziv/Activestills.org) 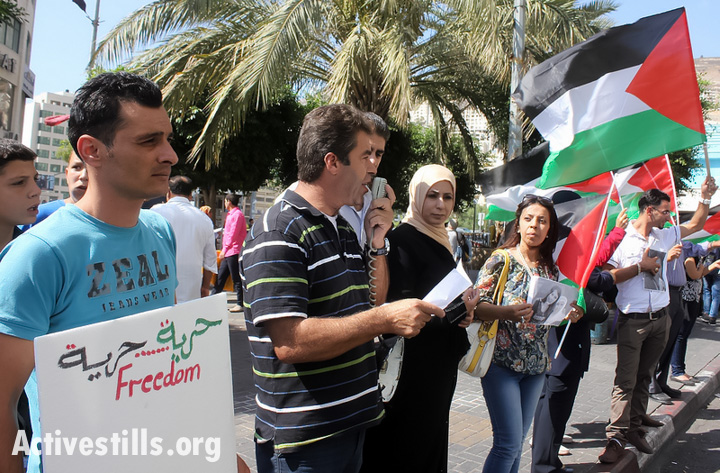 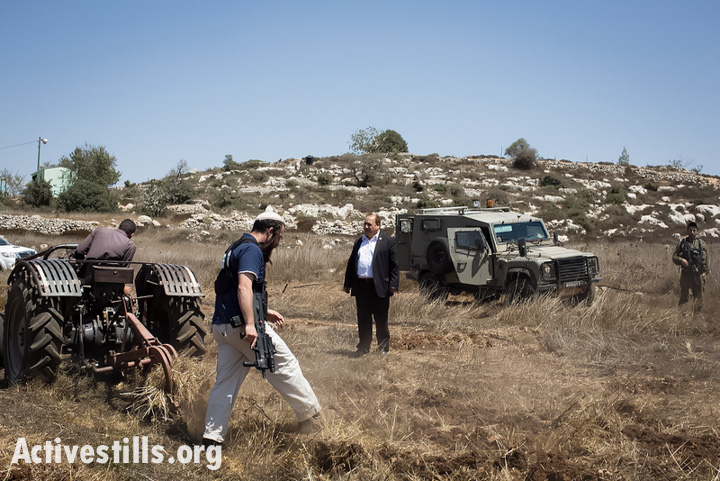 Israeli private security guards try to stop Palestinians from working their land in the West Bank village of Sinjil, near the Israeli outpost of Givat Haroe, August 18, 2013. Following a High Court of Justice injunction issued on behalf of Palestinian landowners three years after settlers invaded their land, landowners from Sinjil were able to reach their land for the first time. (Photo by: Activestills.org) 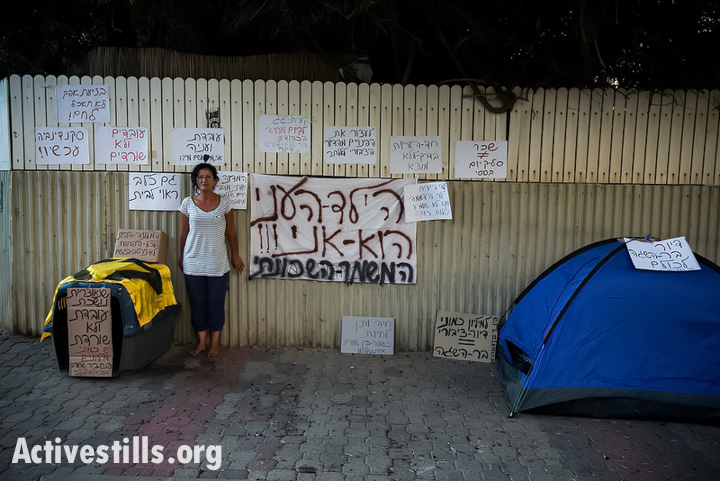 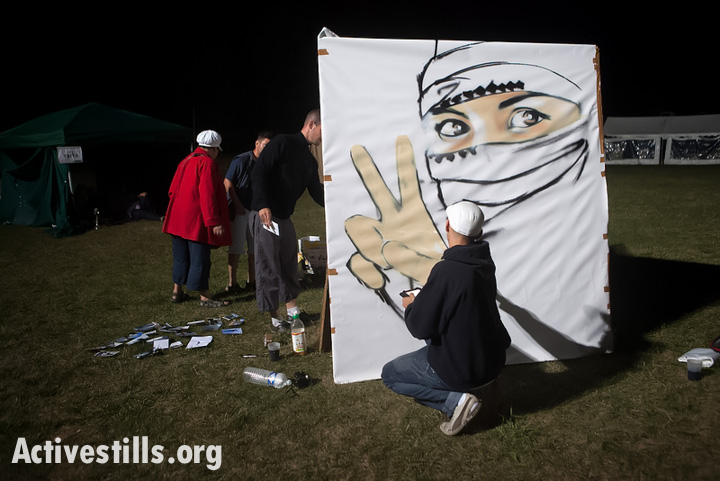 A French painter during a three-day festival for Palestine, organized in the village of Gage, France, August 17, 2013. The festival was organized to celebrate the 10th anniversary of the French association “le Philistin,” whose aim is to promote Palestinian heritage and products. (Photo by: Anne Paq/Activestills.org) 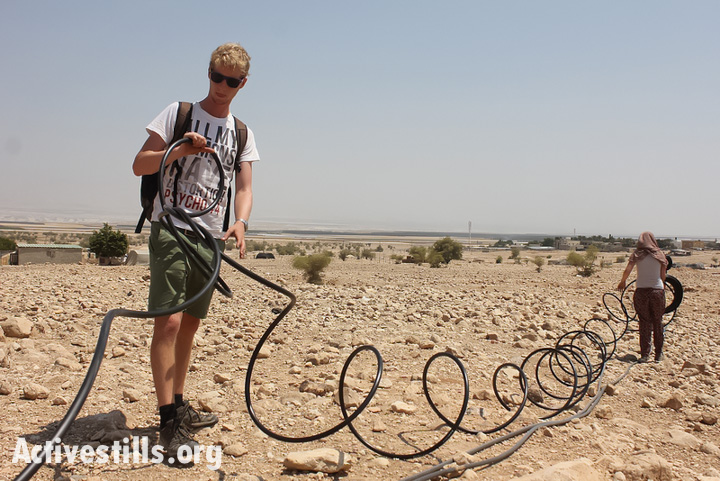 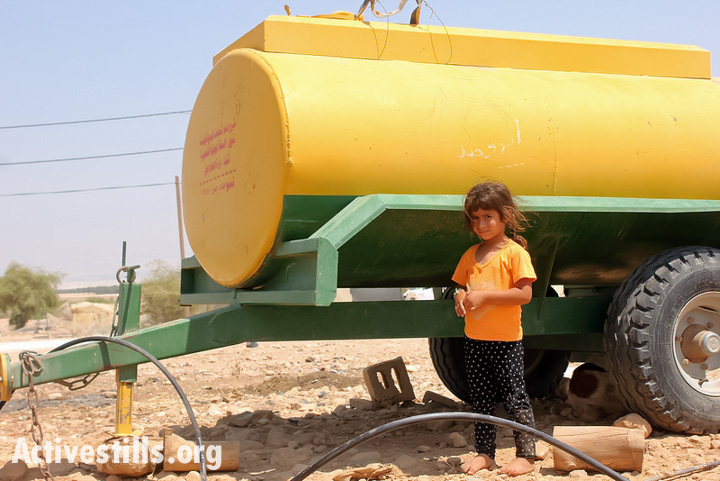