These are great times to be an Israeli and an American, when peoples of both nations are fighting capitalism gone wild 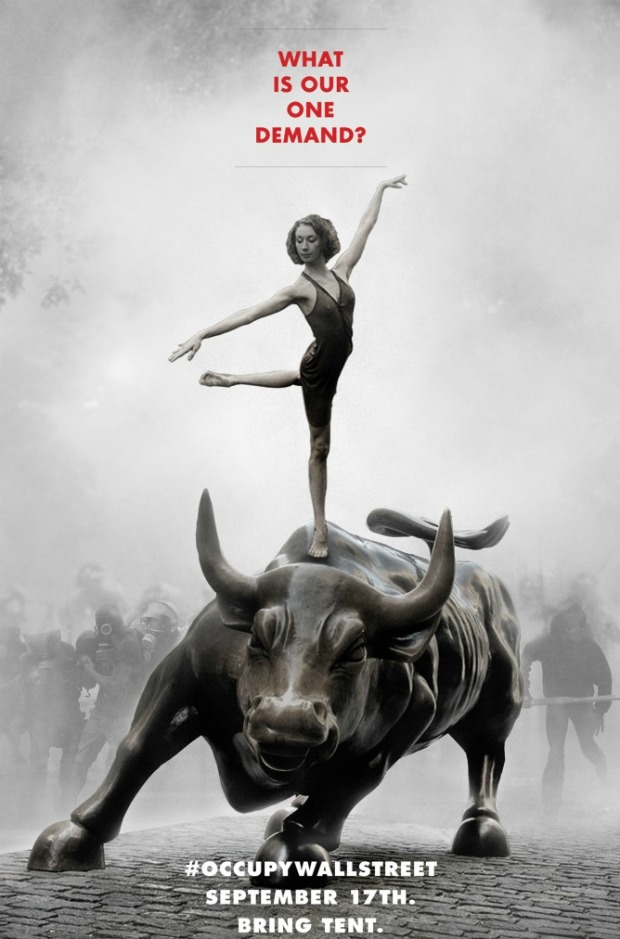 Over two years ago I decided to start blogging. I called my blog “Half & Half” (which I later on moved to +972) because of the feeling I had of being half American (born to American parents) and half Israeli (born and raised in Israel). It’s always been a feeling that ran somewhere between “cool” to “confusing.” Now, that duality is kicking in once again. This past summer has been one of the most interesting and exciting I’ve ever encountered, thanks to the #J14 social protests. They made me proud of my homeland again.

4 weeks into the #OccupyWallStreet protests in New York, and I’m feeling proud to be an American. Proud that my brothers in the States are getting off their couches and heading to the streets, fighting the fiercest enemy out there today – capitalism gone wild.

A few weeks ago, on September 17th, when #OccupyWallStreet began, I went to a rally in Tel Aviv to show solidarity for New Yorkers. There were only about 50 people there. Nobody seemed to understand the potential #OccupyWallStreet had back then.

Finally, people and media, in Israel and abroad, are starting to get it.

The similarities between #J14 and #OccupyWallStreet are uncanny. The tents in Zucatti park and Rothschild; the media center; the food donations; the absence of a coherent message (there doesn’t need to be!); the absence of a list of demands (there doesn’t need to be!); the lack of leadership (the true advantage!); the mocking of the protesters (MK’s calling us “nargila smokers”, Repulicans calling New Yorkers “hippies”); the slow yet steady growth in numbers of demos and protesters; the slow and steady rise in media coverage; the unions joining in (and Ofer Eini as well) but not in leading roles; the politicians who still have no clue what to say or how to react; and most importantly: the non violent civil disobedience.

There are a few differences as well. There’s no NY version of Daphni Leef, for example. There’s cold weather already in NY, which would have scared many Israelis off Rothschild (probably). Israelis began with demands for better housing conditions, and then slowly reached the much more holistic “social justice.” The Americans right now seem to be a fairly young crowd concerned mainly with student loans.

But the message about capitalism gone wild is slowly seeping through from the crowds on the streets, through the televisions, all the way to those who are thinking about getting off the couch themselves. And they will. Just as we did here during #J14.

The people are understanding that now is the time to judge the morals and ethics of capitalism. 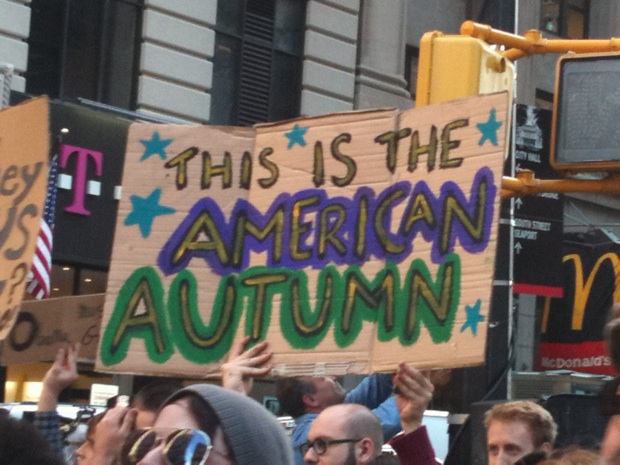 And all this is happening just in time for #globalchange day, on October 15 – the day when “people from all over the world will take to the streets and squares. From America to Asia, from Africa to Europe, people are rising up to claim their rights and demand a true democracy.”

These are amazing times. In America, #OccupyWallStreet has spread to 50 cities. If you haven’t joined a demo yet, do it now (it’ll be hard for you guys to reach the 7% of Israelis who took to the streets in Israel – that would be about 15 million Americans – but I’m rootin’ for ya).

And I’ll see you all, wherever you are, on October 15th.