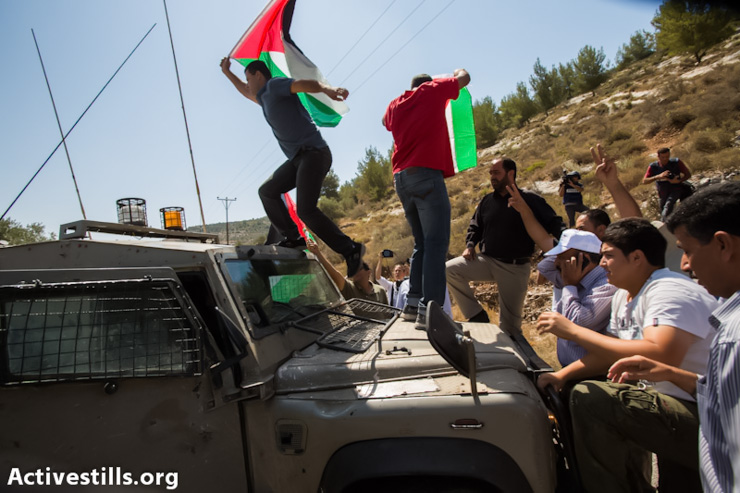 Palestinians climb on an Israeli army jeep on July 7, 2013 near the West Bank village of Bi’lin during an action against settlements. (Photo by: Yotam Ronen/Activestills.org) 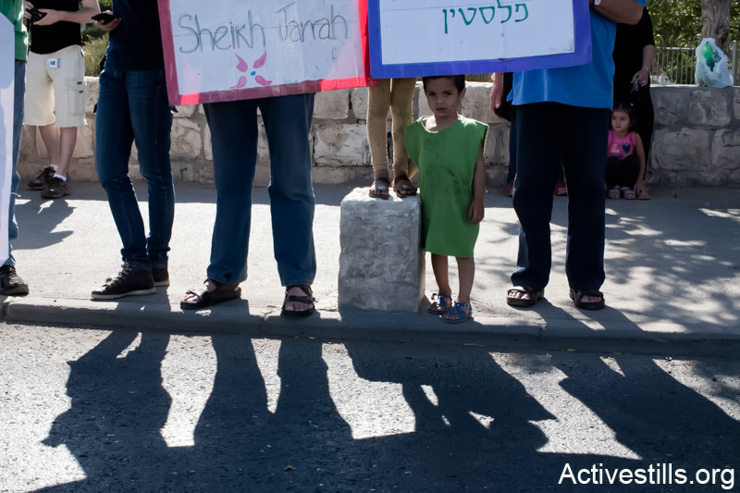 Palestinians and supporters demonstrate against the eviction of Palestinian families in Sheikh Jarrah and the taking over of the neighborhood by Jewish settler organizations. (Photo by: Keren Manor/Activestills.org) Activists try to extinguish a fire, which started after the Israeli border police shot tear gas into the village of Nabi Saleh during the weekly demonstration, July 5, 2013. (Photo by: Oren Ziv/ Actviestills.org) Tel Aviv municipality workers place a sign on a Eritrean shop as police and municipality officers raid shops and close them, July 10, 2013. (Photo by: Oren Ziv/Activestills.org) 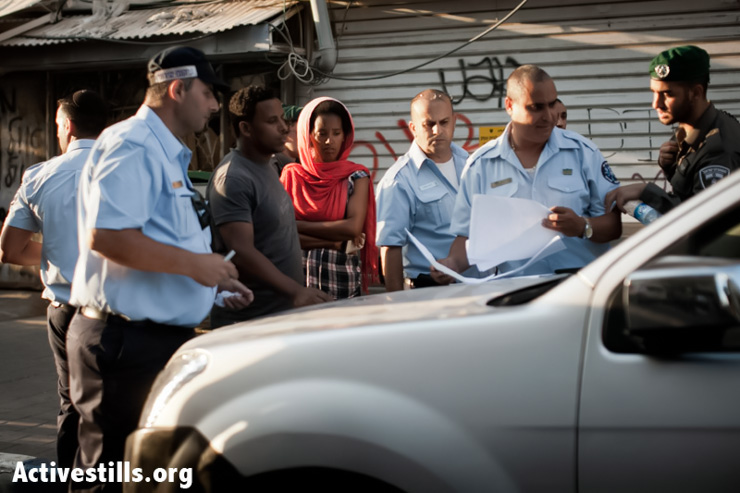 An Eritrean couple stand as police and municipality officials make them sign papers after their shop’s property was confiscated during a municipality raid, July 10, 2013. (Photo by: Shiraz Grinbaum/Activestills.org) 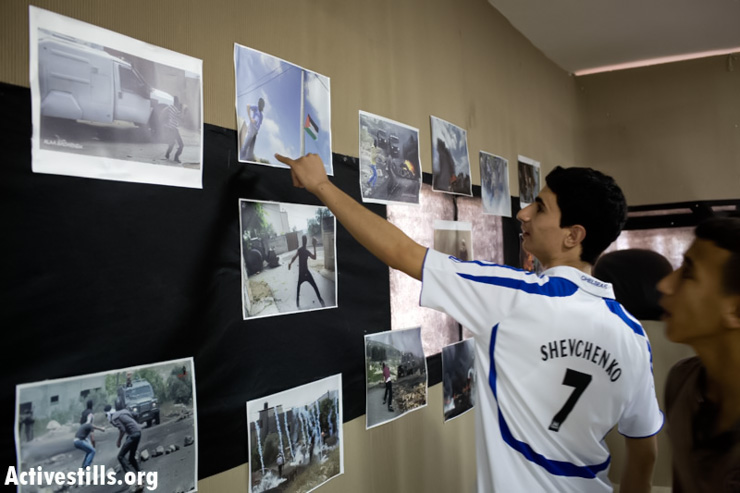 Palestinian boys look at photos at an photo exhibition presenting the popular struggle against the Israeli occupation in the West Bank village of Kafr Qaddum, July 8, 2013. The exhibition was organized by Palestinian press photographers, as the village marks two years since the beginning of the weekly demonstrations. The photos of Yotam Ronen, a member of the Activestills collective, were presented in the exhibition. (Photo by: Oren Ziv/ Activestills.org) Palestinians from the West Bank village of Kfer Qaddum celebrate two years of the popular struggle in their village, July 4, 2013. There have been regular demonstrations in Kfer Qaddum since July, 2011, protesting the blocking of the main road east of the village which used to link it to Nablus. (Photo by: Ahmad al-Bazz/Activestills.org) 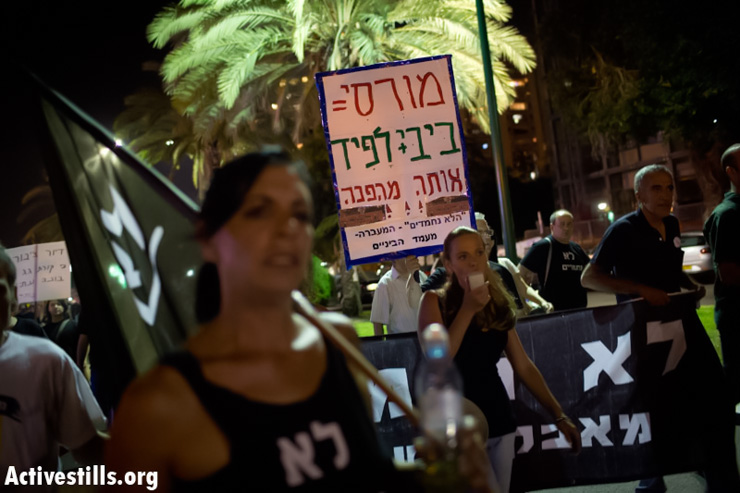 A sign reads “Morsi = Bibi+ Lapid. The same revolution”, as public housing activists and others protest in front of the home of the Israeli Finance Minister, Yair Lapid in north Tel Aviv, July 4, 2013, following his intention to continue the erosion of welfare stipends in 2014’s budget. (Photo by: Oren Ziv/Activestills.org) Hani Amer, a Palestinian farmer, has lived in an open-air prison for over 10 years. His house is surrounded by the wall from the 4 sides. A combination of electrified fences, barbed wire, and concrete walls enclose the residence which sits on the edge of the Green Line. His family can cross the barrier only through a gate in the fence (left). (Photo by: Ahmad al-Bazz/Activestills.org) Building of new illegal settlement units of ‘Elkana’ continues on the lands of the West Bank village of Mas’ha, near Salfit, July 06, 2013. (Photo by: Ahmad Al-Bazz/Activestills.org)
Get Our Weekly Newsletter