This week: May Day marches from Tel Aviv to Boston, reprisals for the stabbing death of a settler by a Palestinian, protests against domestic violence, demonstrations against settlement expansion, celebrations for hunger striker Samer Issawi, and demolitions of Palestinian properties continue. 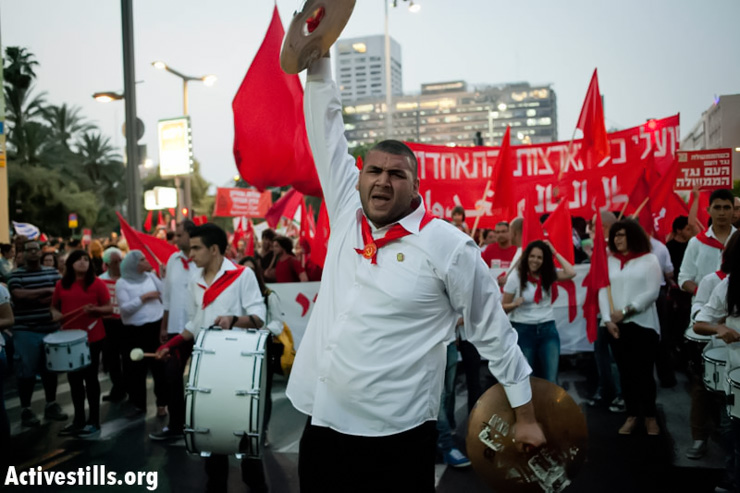 Demonstrators march during the International Worker’s Day protest in the center of Tel Aviv May 1, 2013. (Photo by: Shiraz Grinbaum/ Activestills.org) 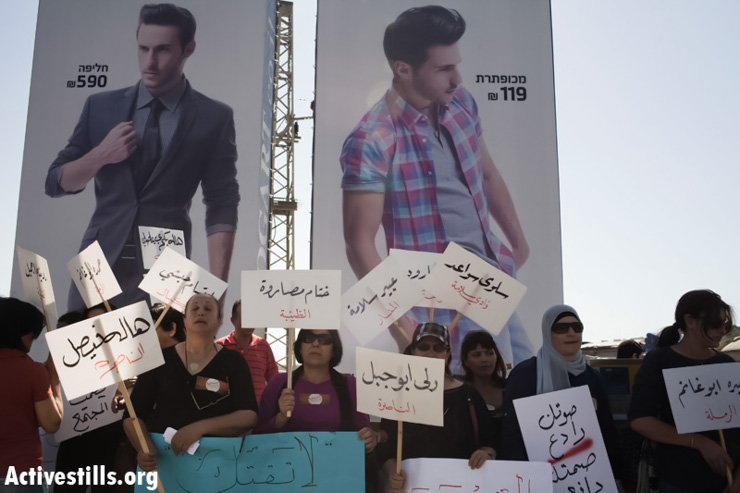 Activists and families of women who have been murdered by men of the family protest domestic violence in the city of Kufer Karra, April 26, 2013. Convoys of cars drove from the cities of Lakia , Lod , Ramle, and Taybe to protest in Kufer Karra against violence and murder of women. (Photo by guest photographer: Tali Mayer/Activestills.org) 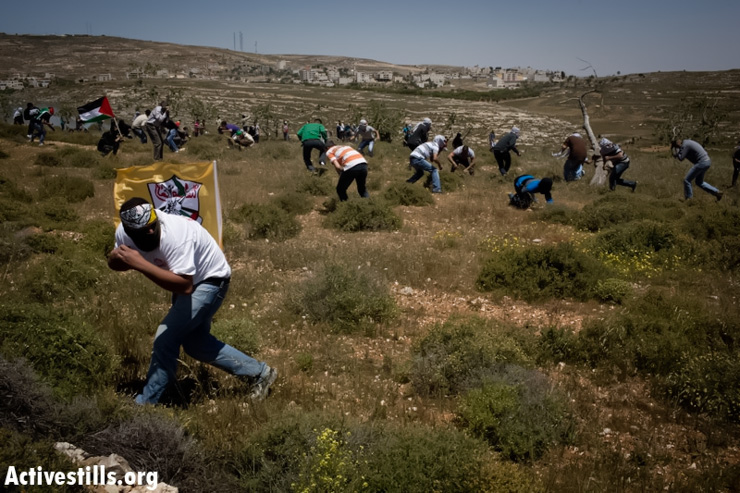 Palestinian demonstrators from the West Bank villages of Deir Jarir and Silwad take cover as Israeli soldiers shoot rubber coated steel bullets during a protest against construction on their land by members of the nearby Israeli settlement of Ofra on April 26, 2013. All Israeli settlements in occupied Palestinian territory are illegal under international law. (Photo: Oren Ziv/ Activestills.org) 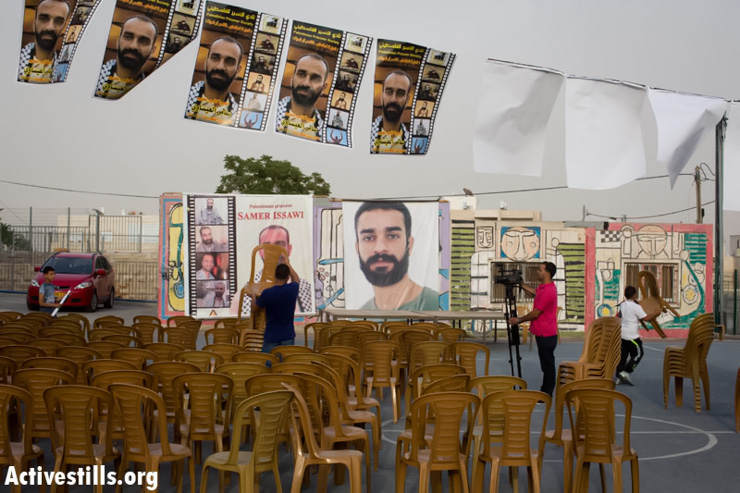 Palestinian youth help to clean up the celebration party of Palestinian hunger striker Samer Issawi, as it was canceled after the Israeli police blocked the entrance to the East Jerusalem neighborhood of Issawiya, preventing from some of the Palestinians who were invited to the party to enter the area. (Photo by: Oren Ziv/ Activestills.org) 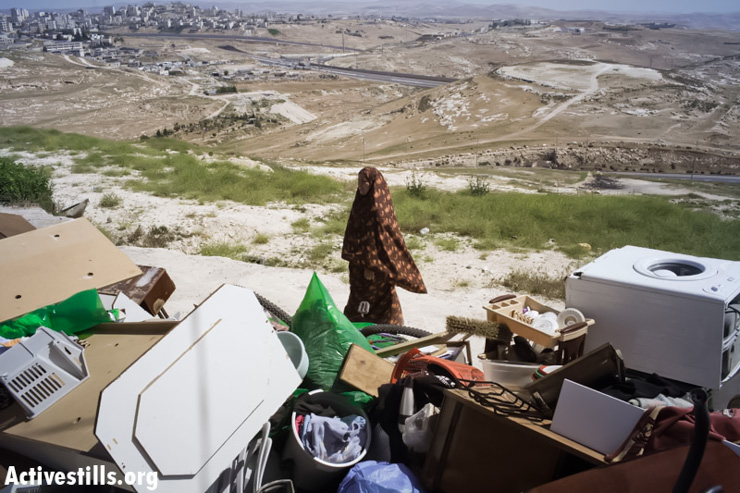 A member of the Palestinian Ghaith family stands with the belongings of her family after her house was demolished by Jerusalem municipality workers in the East Jerusalem neighborhood of At-Tur on April 29, 2013. (Photo by guest photographer: Tali Mayer/ Activestills.org) 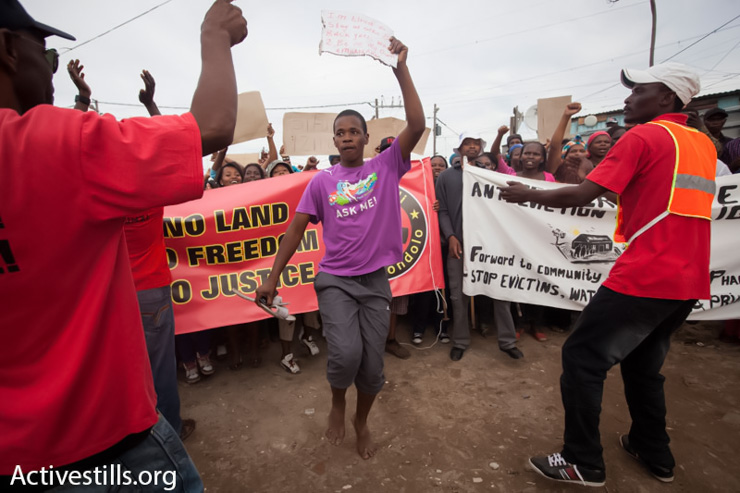 Abahlali baseMjondolo Movement South Africa, a democratic and membership based organization, held its UnFreedom Day event in Durban every year since 2006. This year UnFreedom Day was held in Cape Town for the first time. UnFreedom Day was mourned at the Sweet Home Farm Community Hall in Philippi, on April 27, 2013. (Photo by: Shachaf Polakow/Activestills.org) 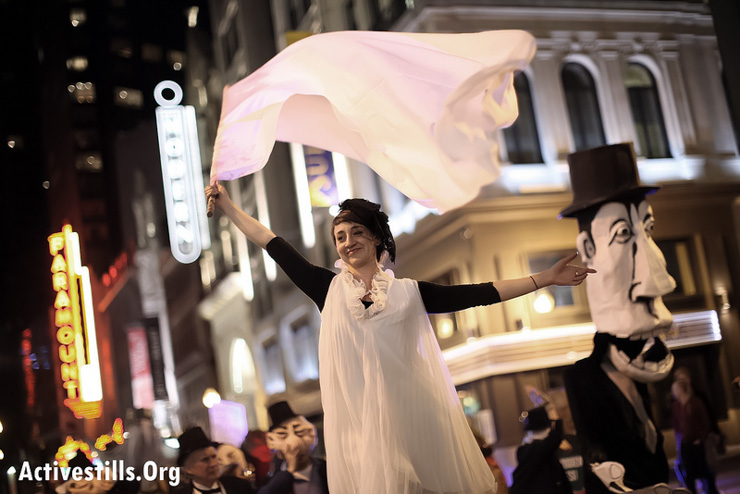 A mock funeral for capitalism was held in downtown Boston as part of International Workers’ Day on May 1, 2013. (Photo: Tess Scheflan/ Activestills.org) 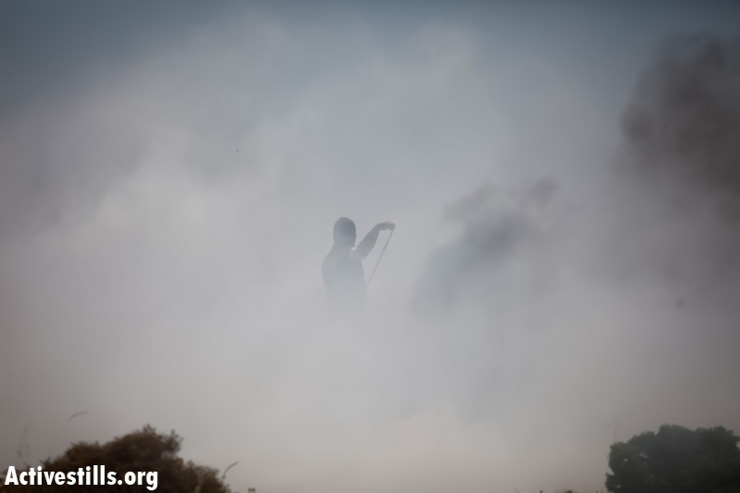 A Palestinian demonstrator throws stones as he stands inside a cloud of tear gas, during a protest of Palestinians from the West Bank villages of Dier Jarir and Silwad against construction on their land by members of the nearby Israeli settlement of Ofra on April 26, 2013. (Photo: Oren Ziv/ Activestills.org) 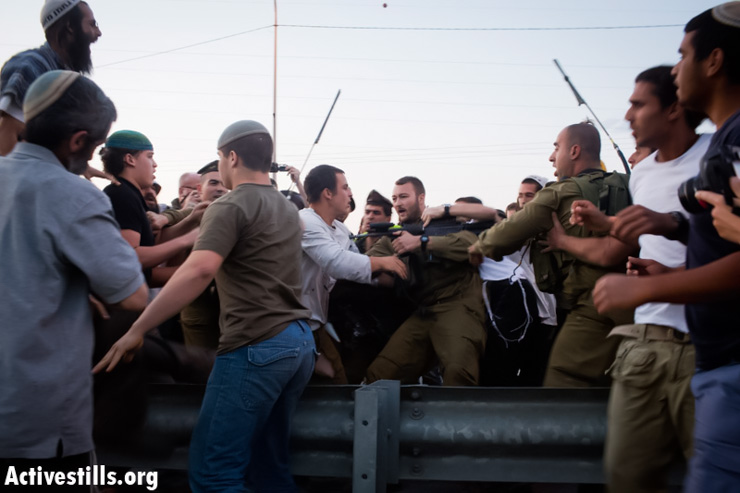 Israeli soldiers try to push back Israeli setters after they attacked the West Bank village of Yabta following the murder of a Israeli settler by a Palestinian man in the area, April 30, 2013. (Photo by: Oren Ziv/Activestills.org) 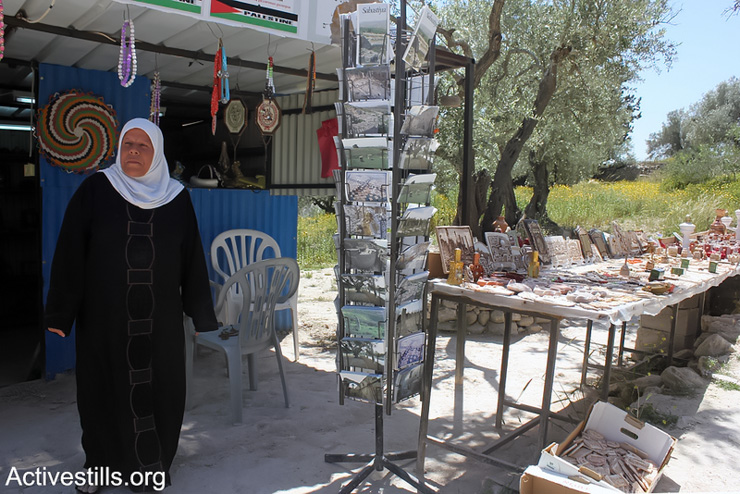 A Palestinian woman stands in front of her threatened shop in the West Bank village of Sebastia, April 27, 2013. In February 2013, Israeli authorities handed notifications to demolish Palestinian installations in Sebastia, under the pretext of being built without a permit. (Photo by: Ahmad Al-Bazz/Activestills.org) 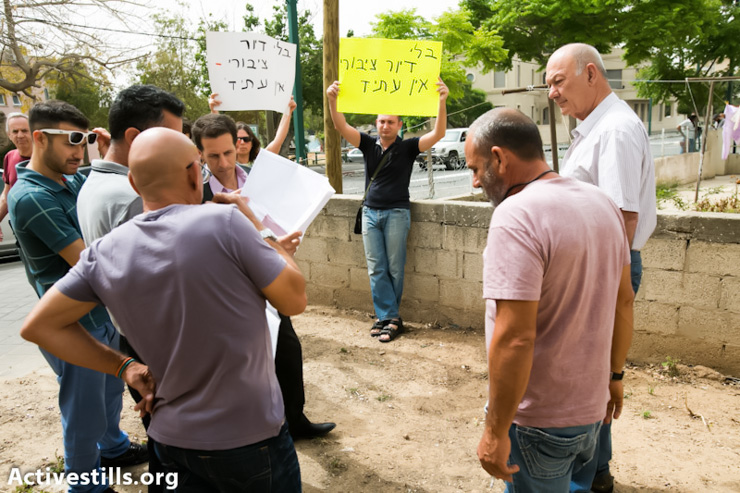 Activists and residents of Jaffa demonstrate during a tour held by Amidar company for real estate investors. Amidar — a public housing company that also manages, on behalf of the State of Israel, property that was confiscated form the Palestinian population who fled the city in 1948. Today as Jaffa becomes an attractive area for investment, Amidar is selling houses to investors seeking real estate opportunities. The local population is left with no alternative housing solutions. (Photo by: Yotam Ronen/Activestills.org) 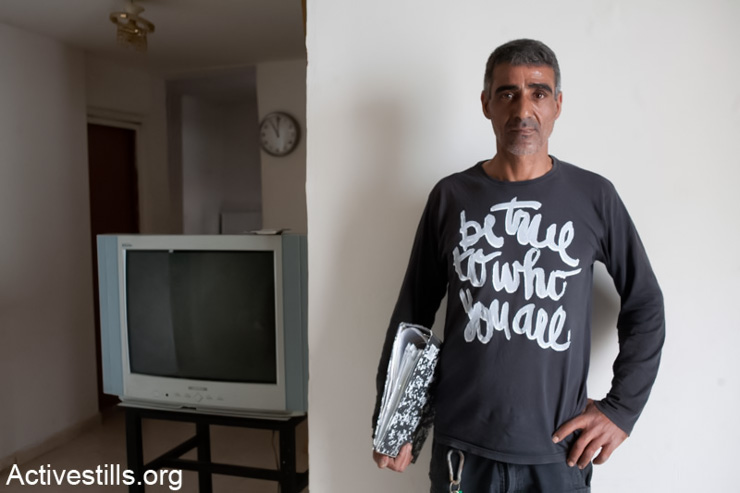 Mansur Abu-Khatzira stands inside his family house, which is under a risk of eviction. The house, belonging to the Abu-Khatzira family for more than 80 years, is a complex of six family homes. The families received an eviction order from the Israeli authorities due to a road planned to be built on their land. Jaffa, May 1, 2013. (Photo by: Keren Manor/Activestills.org) 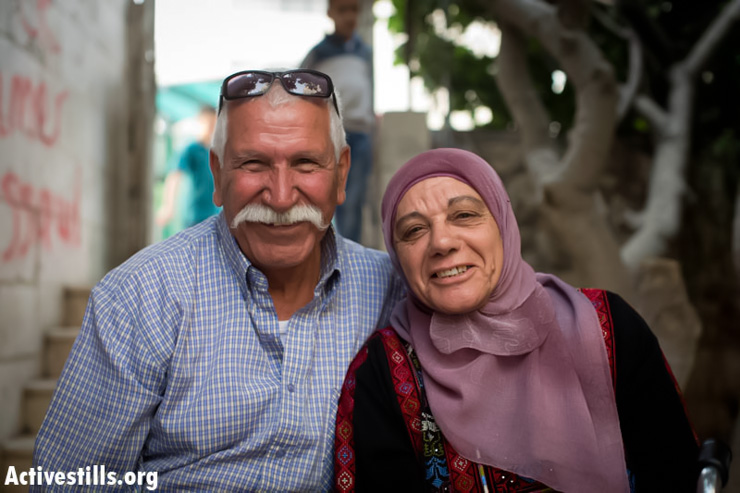 Tareq and Layla Issawi, the father and mother of Palestinian hunger striker Samer Issawi, smile in the East Jerusalem neighborhood of Issawiya, a week after he signed an agreement with Israeli authorities to end his strike, May 1, 2013. (Photo by: Oren Ziv/ Activestills.org)