During the Muslim holy month of Ramadan, Israel grants hundreds of thousands of entry permits to West Bank Palestinians in order to pray in Jerusalem. It is estimated that as many as 1 million Palestinians entered Israel during Ramadan this year, many taking the opportunity to visit the beach and other sites they are normally forbidden from reaching. 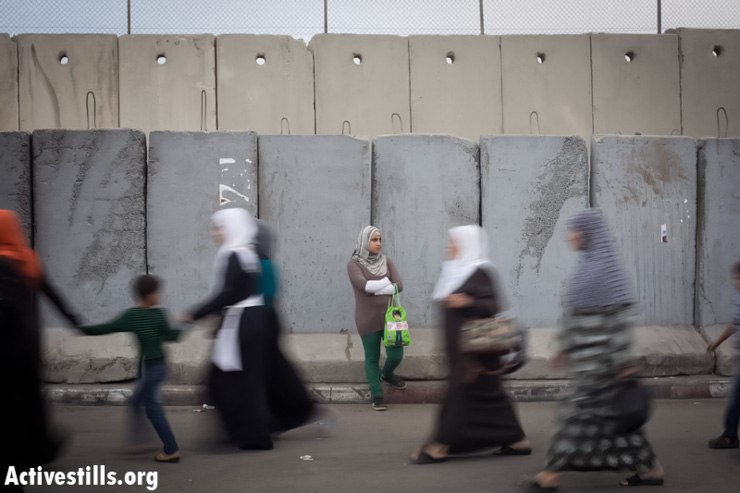 Palestinian women cross the Qalandiya checkpoint outside Ramallah, West Bank, into Jerusalem to attend the first Friday of Ramadan in the Al-Aqsa Mosque, July 12, 2013. (Photo by: Oren Ziv/ Activestills.org) 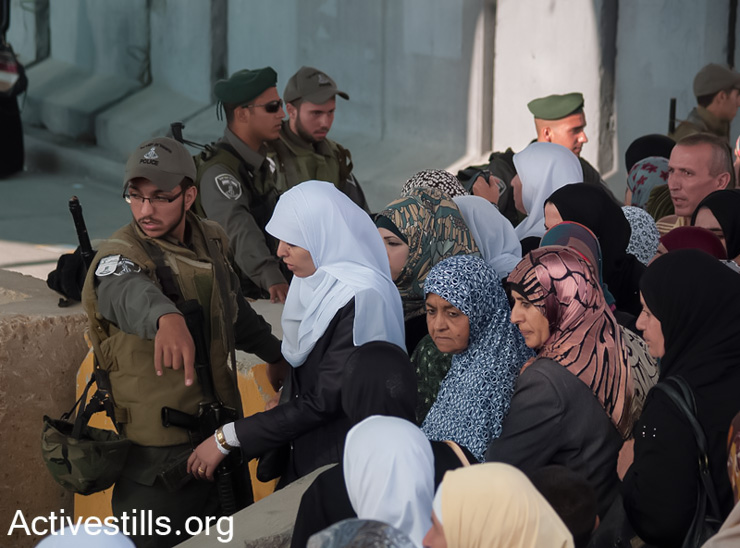 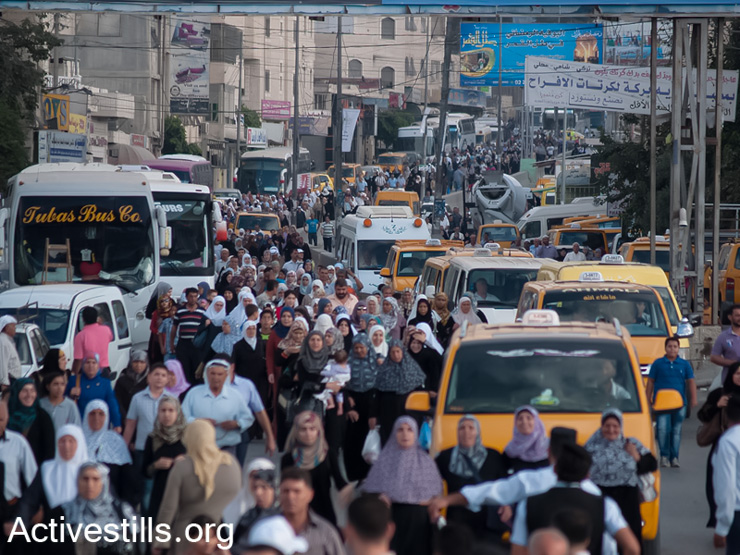 Police forces walk out of Damascus Gate after clashes took place in the area as Palestinians from the West Bank came to pray in the Al-Aqsa Mosque for Lailat al-Qadr, August 5, 2013. (Photo by: Activestills.org) 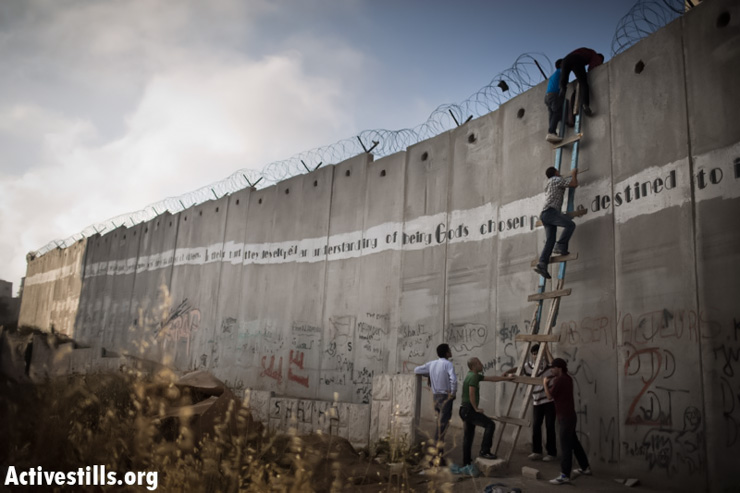 Palestinians use a ladder to climb over the Israeli wall in A-Ram, north of Jerusalem, on their way to Al-Aqsa Mosque, in the Old city of Jerusalem to attend the second Friday prayer of Ramadan, July 19, 2013. (Photo by: Oren Ziv/ Activestills.org) 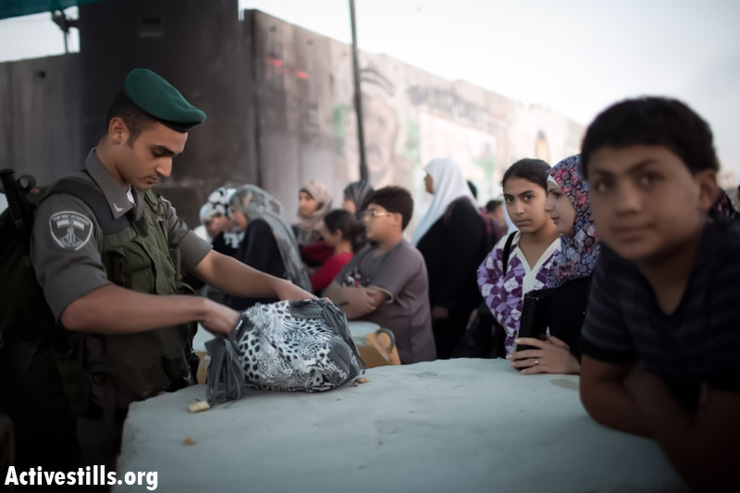 A Israeli border policeman checks the bag of a Palestinian woman as she waits to cross Qalandiya checkpoint outside Ramallah, West Bank, into Jerusalem to attend the second Friday Ramadan prayers in the Al-Aqsa Mosque, July 26, 2013. (Photo by: Oren Ziv/ Activestills.org) 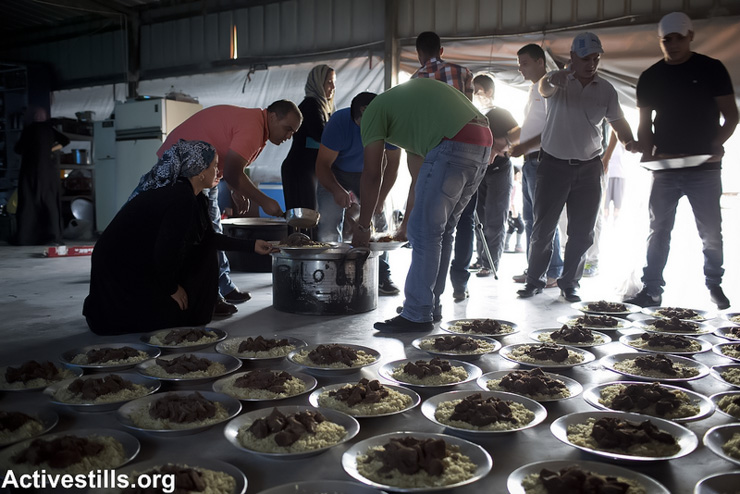 Residents of the unrecognized Bedouin village of Al Araqib prepare food for the Iftar meal to break the fast during the month of Ramadan, as Bedouins and activists gather to mark three years since the first demolition of the village, July 27, 2013. The unrecognized village of Al Araqib has been demolished 54 times by the Israeli authorities since 2010. (Photo by: Oren Ziv/Activestills.org) 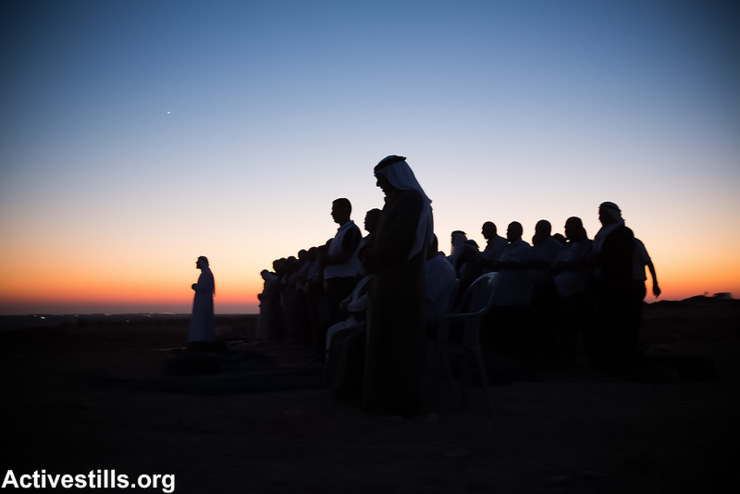 People pray after the Iftar meal – the breaking of the Ramadan fast – at Al Araqib village during an event to marking three years to the first demolition of the village, July 27, 2013. Al Araqib has been demolished 54 times. (Photo by: Yotam Ronen/Activestills.org) 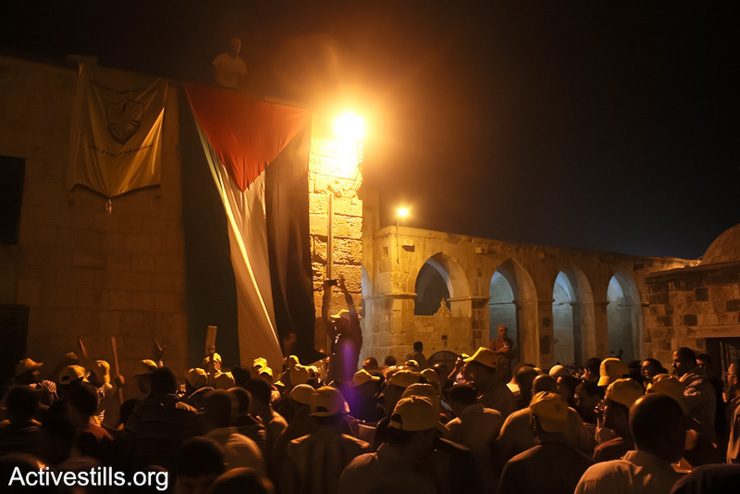 Activists raise the Palestinian flag over Al-Aqsa Mosque in East Jerusalem during the night prayer of Ramadan, August 04, 2013. (Photo by: Ahmad Al-Bazz/Activestills.org) 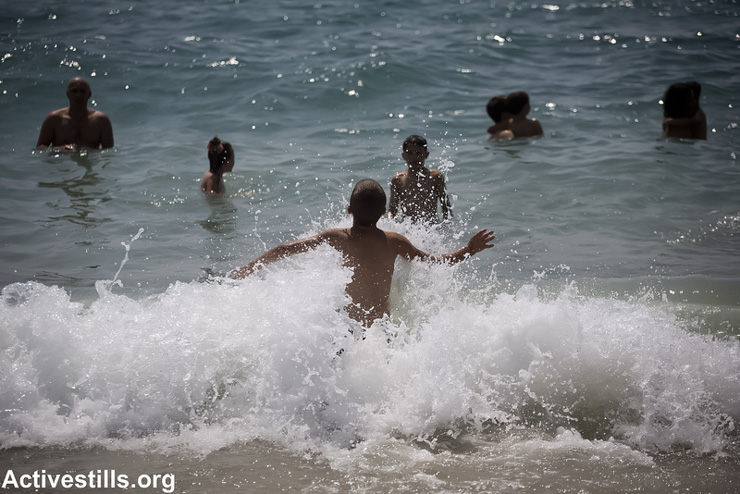 Palestinian children from the West Bank village of Nabi Saleh swim in the Mediterranean Sea, at a beach in the city of Jaffa, August 4, 2013. Israeli activists who attend the weekly anti-occupation Friday demos in Nabi Saleh brought kids from the village for a day of fun at the beach. Palestinian children under the age of 12 who live in the West Bank don’t need a permit in order to enter Israel during Ramadan. (Photo: Activestills.org) 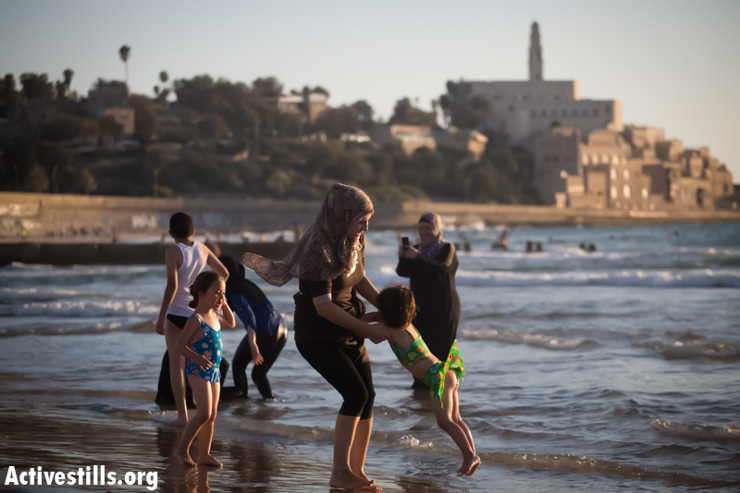 Palestinians enjoy a day at a beach during Eid al-Fitr, which marks the end of the holy month of Ramadan August 8, 2013, in Jaffa. 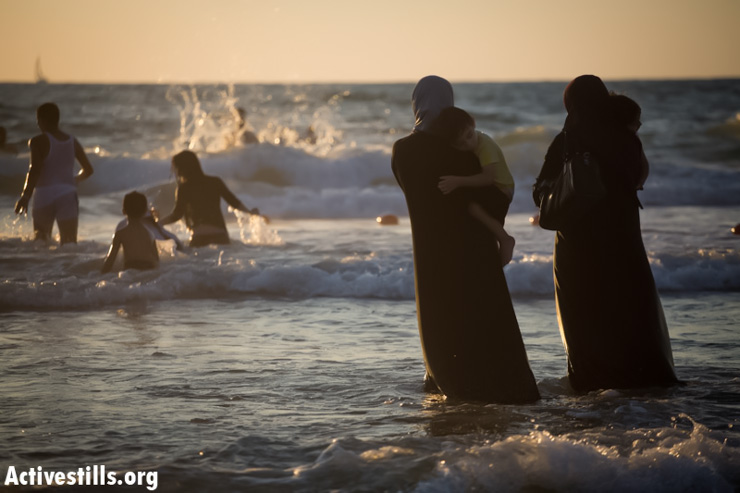 Palestinians enjoy a day at a beach during Eid al-Fitr, which marks the end of the holy month of Ramadan August 8, 2013, in Jaffa. Hundreds of thousands of Palestinians from the occupied West Bank entered Israel since the beginning of Ramadan, without significant incident.
Get Our Weekly Newsletter