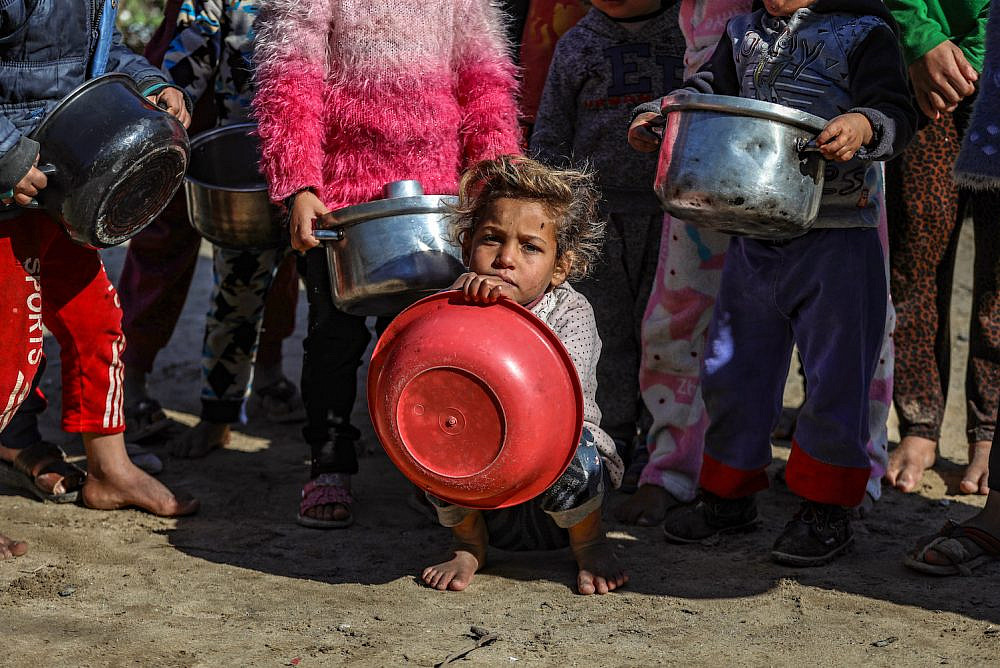 In August 2020, when darkness fell on Gaza as the strip’s only power plant shut down, the first COVID-19 cases outside its quarantine facilities were detected. Hamas, which rules over the blockaded strip, imposed a curfew to try and control the spread, but cases continued to climb over the following months. By the end of last year, more than 39,000 of Gaza’s 2 million residents had contracted the virus, with fatalities rising from three to some 350.

Gaza’s fragile health system could not sustain the surge, and quarantine centers — built by the government last year with the appearance of the first cases of COVID-19 in the strip — were quickly reaching capacity. As a result, the government began referring people who contracted the virus and their families to home quarantine, while maintaining a night curfew and public health restrictions.

But the attempt to stem the spread of the coronavirus has had disastrous effects on vulnerable groups in Gaza — especially poor families, women, and children. Though Gaza’s government lifted movement restrictions in February due to a decrease in infections — there are currently less than 2,000 active cases — the social and financial conditions remain difficult for many.

Gaza has been under Israeli blockade since 2007, following Hamas’ rise to power in the strip, and repeated Israeli military offensives have debilitated Gaza’s infrastructure. The only other way in and out of the densely populated coastal enclave, the Rafah crossing, is controlled by Egypt.

In Gaza, 53 percent of Palestinians live on less than $4.60 a day, and around 62 percent of households are moderately or severely food insecure, according to the United Nations Office for the Coordination of Humanitarian Affairs (OCHA) in the occupied Palestinian territories. Families living under the poverty line often purchase food on credit, or rely on relatives and friends for help.

The picture only gets worse when a poor family has to quarantine at home. Poverty has forced families to live the risks of COVID-19 with no protection and minimum access to healthcare. With the loss of family members’ daily wages, securing necessities such as medication, food, and hygienic materials becomes even more difficult. Many families can only rely on the aid they receive from nongovernmental organizations, which is barely sufficient during the home isolation period. Many living under harsh economic conditions are also forced to borrow money from relatives and friends, and struggle to pay back their debts even after coming out of quarantine.

When Rasha Allouh’s eldest son tested positive for COVID-19, he was sent to quarantine at home in the al-Tofah neighborhood of Gaza City. But the family lives in tight quarters, and it was impossible for him to isolate at home without exposing the rest of family to the virus. He eventually infected both his parents and three of his five siblings. The family stayed in home quarantine for about 28 days, Allouh said. The father, who is the breadwinner, is a taxi driver earning NIS 20 ($6) a day, and while he was in quarantine the family had no income. 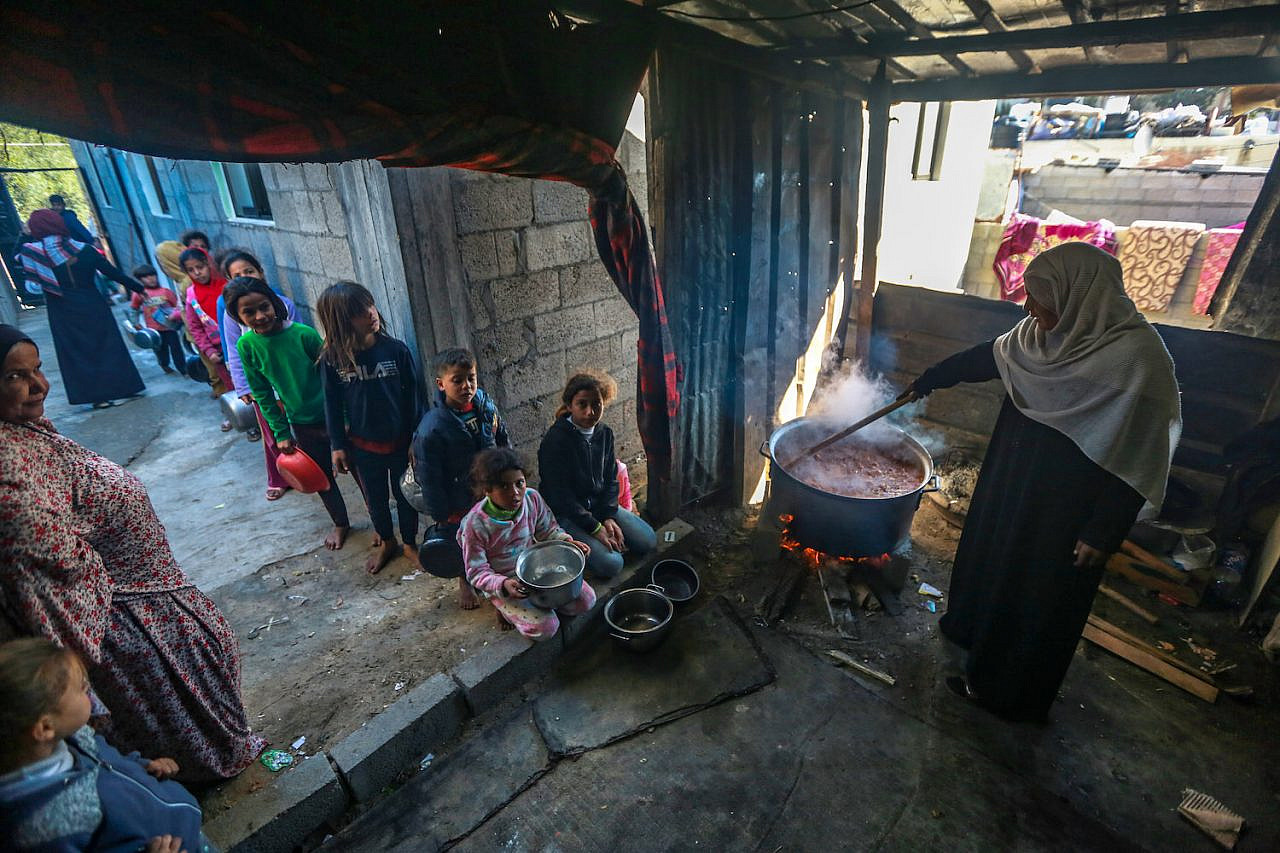 “My relatives used get us food and other necessities, and we borrowed money from them,” Allouh explained. “Now, we can barely pay them back, especially since my husband cannot go to work on a daily basis,” she continued, given that her husband suffers from other health conditions that were exacerbated by the coronavirus. “COVID-19 has made our lives more difficult,” she added.

Iman Abu Asser’s family of eight faced the same ordeal while spending 21 days in home quarantine. Abu Asser’s family lives in a small house, and her husband is unemployed. Already in 2019, before the coronavirus outbreak, the unemployment rate in Gaza stood at 45 percent, according to the Palestinian Central Bureau of Statistics.

“We faced difficult times in quarantine,” said Abu Asser. At that time, the family relied on aid they received from humanitarian organizations in Gaza, and borrowed money from their relatives and neighbors, she explained. “We were psychologically distressed and worried about how we were going to survive this period,” she added.

The population’s increased reliance on aid since the coronavirus outbreak, along with the crumbling socioeconomic situation in Gaza, have further intensified the pressure on nonprofit organizations working in the strip. The public health crisis has required NGOs to focus on short-term humanitarian responses with minimum resources, while delaying development projects that would have a longer-term impact on improving life conditions for people in Gaza, such as job development or education initiatives. According to OCHA, only 18 percent of the total $420 million requested for its 2021 humanitarian program in the occupied territories has been funded so far.

A surge in domestic violence

One of the direct consequences of the coronavirus emergency, coupled with the prolonged humanitarian crisis in Gaza, is the increase in gender-based violence. Organizations in the strip have reported an increase in violence against women — including verbal, physical, psychological, and sexual violence — resulting in increased fear, tension, and psychological stress. The disruption of social and protective networks due to quarantine and social distancing requirements have exacerbated the risk of violence for women and children.

According to Terre des hommes, an international NGO supporting children, 67.6 percent of people interviewed in Gaza between March and October of last year reported increased violence against children. SAWA, a Palestinian organization providing support and protection for survivors of gender-based violence, reported receiving more than 6,000 calls through its helpline since last March. In January, the OCHA gender-based violence sub-cluster in Palestine reported a 70 percent increase in cases throughout 2020, compared with 2019. 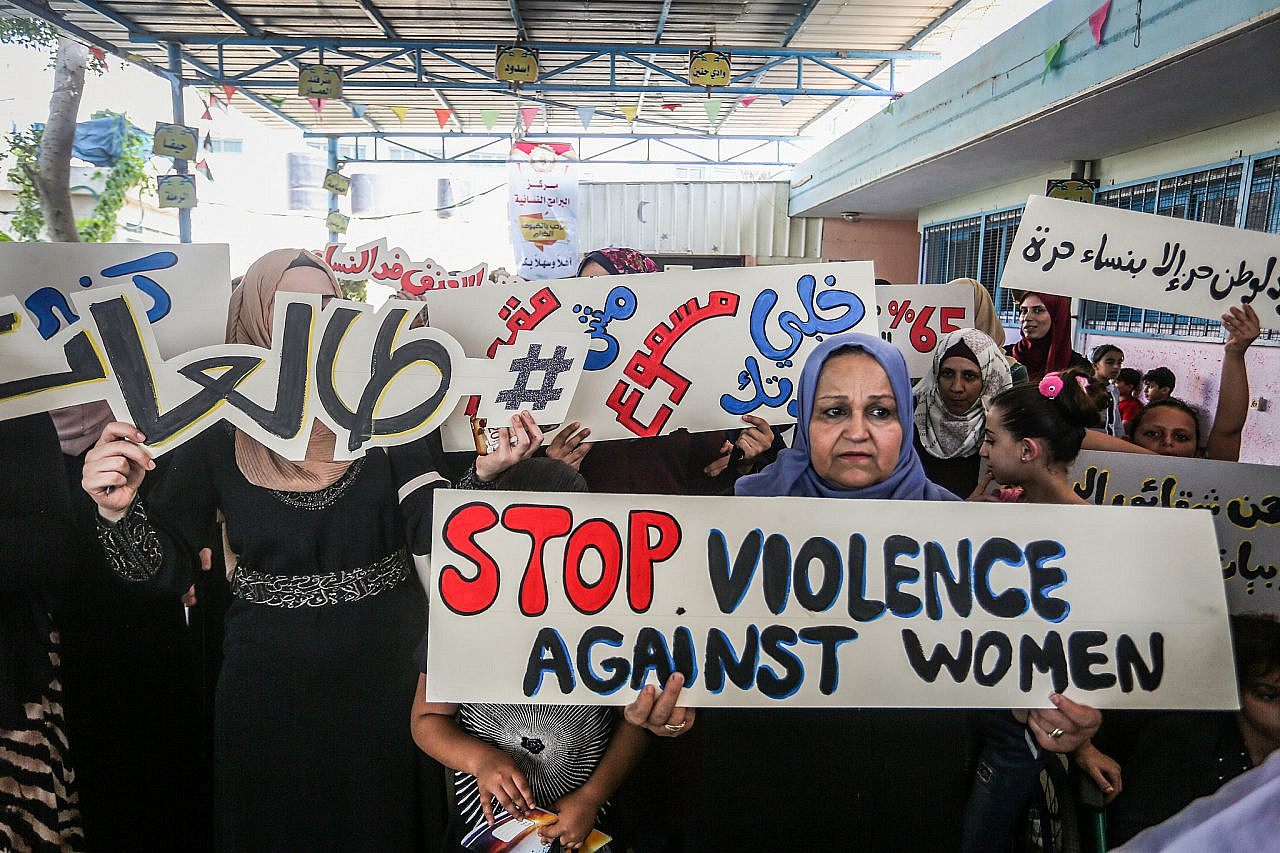 Palestinian women protest against violence against women organized by the Center for Women’s Programs in Rafah in the southern Gaza Strip, on September 26, 2019. (Abed Rahim Khatib/Flash90)

N.A., a 41-year-old woman, is a survivor of gender-based violence who has asked to identify only by her initials for fear of her safety. “My husband is a civil employee. However, he has a lot of debt and has been jailed several times for inability to pay. He has an angry temper and he hits me and my children,” N.A. confessed. N.A. currently lives with her family-in-law, who are refusing to help her raise her seven children, she said.

“My brother-in-law has beat my children several times, and when I confront him he psychically abuses me as well,” N.A. continued. Her father will not allow her to move in with her children, she said. “He will only do so on the condition that I leave my children with their father’s family. Since the COVID-19 outbreak, I have been under intense pressure, and my rights have been violated at all levels.”

N.H., a 32-year-old woman who has also asked to identify by her initials for fear of her safety, has been severely abused by her husband over the last year. “Before COVID-19, I already suffered from neglect from my husband. I was forced to marry him,” said N.H. “But during the lockdown, he became very aggressive. I used to consult the specialists whenever I could so that I can cope with this situation.”

According to Samar Qweider, a psychosocial specialist who works with at-risk women and survivors of violence, during the COVID-19 crisis, and especially during the lockdowns, there was a surge in calls from women reporting on violence and psychosocial challenges. Most of the cases involved physical and verbal abuse by husbands, fathers, or brothers.

Each of the six members of the psychosocial specialist team at the organization where Qweider works would regularly receive at least 20 call per day, she said. The team intensified its remote counseling as well as the awareness-raising activities through social media, to curtail the negative impacts of the current situation. The awareness-raising initiatives focus on protection measures during crisis — such as legal counseling — and mental health support techniques for families, to help them cope and build their resilience.

“The lockdown has caused dire problems for families,” said Quweider. “Women and children suffer from severe psychosocial conditions, especially those who are survivors of gender-based violence, who require special care and protection responses.”

The safety of women and children should always be ensured, said Qweider, but especially during times of crisis, when incidents of violence against them tend to increase. “It is imperative that these protective measures are respected and applied at all times, to deter any violations against women and children.” 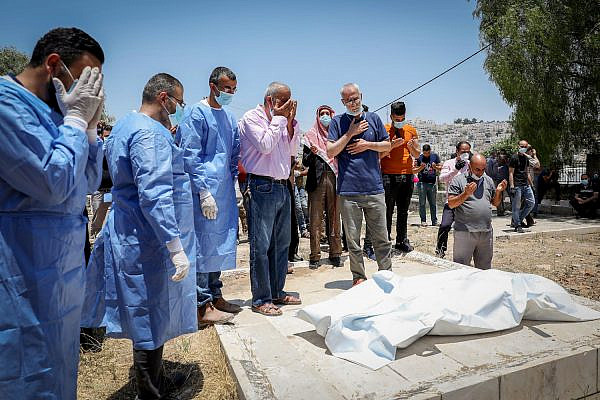 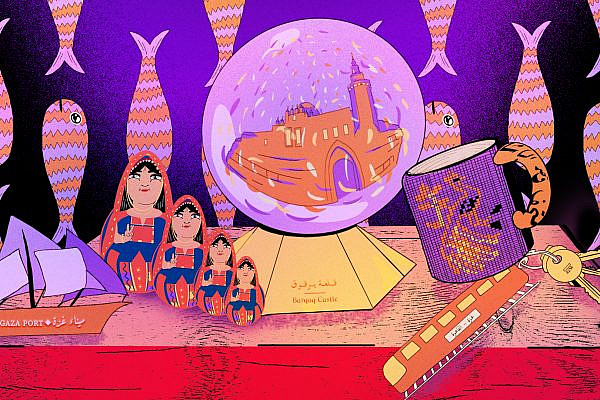