The Israeli army sprayed herbicides in the Gaza Strip late last year, causing damage to hundreds of acres of Palestinian farmland. Now the farmers want an investigation — and compensation. 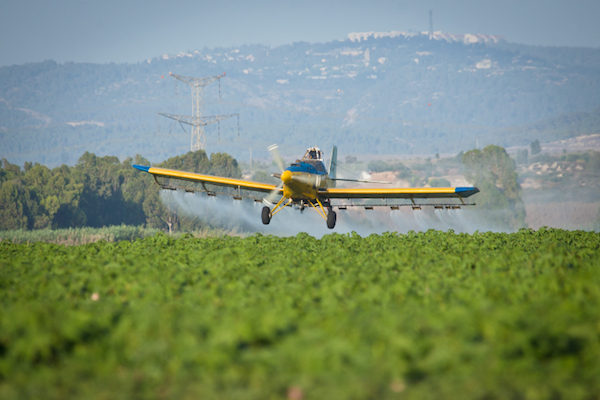 A number of Palestinian farmers are demanding compensation from the State of Israel for damage their crops and land sustained as a result of the IDF aerially spraying herbicides inside the Gaza Strip last year, a practice first confirmed by +972 Magazine.

In late December, the IDF confirmed to +972 that it used crop-dusters to kill off vegetation — and perhaps inadvertently, agricultural crops — inside the Gaza Strip. No other Israeli media outlet had reported on the practice at the time.

“The aerial spraying of herbicides and germination inhibitors was conducted in the area along the border fence in order to enable optimal and continuous security operations,” a military spokesperson said in December.

According to Palestinian officials, over 420 acres of land were damaged by that round of spraying.

The rights groups, Adalah – The Legal Center for Arab Minority Rights in Israel, Gisha – Legal Center for Freedom of Movement, and Al Mezan Center for Human Rights, are demanding an investigation and monetary compensation on behalf of Abu Ta’aymeh.

A letter like the one sent by the legal organizations, is the first step if one plans to file a more formal lawsuit.

Abu Ta’aymeh’s spinach crops, on plot of land adjacent to the border that he has been farming for 12 years, is his family’s sole source income. His crops were reportedly damaged two months prior to the incident reported by +972, in October 2015. 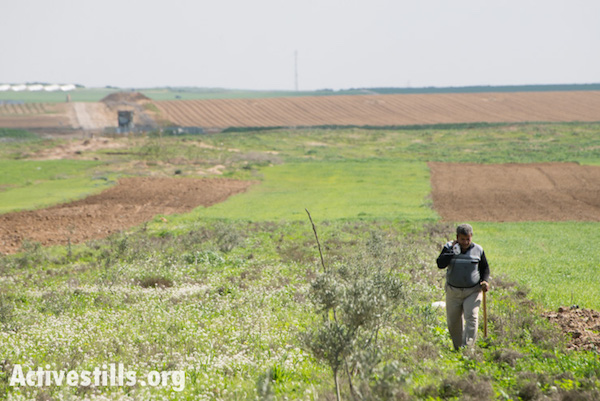 “The Israeli military’s aerial spraying of herbicides constitutes a violation of both Israeli constitutional and administrative law, as well as of international humanitarian and human rights laws,” Adalah said in a statement Monday, citing international legal obligations to protect civilian and humanitarian interests, and to respect the right of civilians to food.

“Spraying crop-killing pesticides, like opening fire at people of all ages and gender in the vicinity of the fence, puts civilian lives at risk and hurts livelihoods,” Gisha spokesperson Shai Grunberg told +972 in December. “By virtue of Israel’s substantial control of the Gaza Strip, international law requires it to facilitate normal life in the Strip.”

Israeli ground forces regularly enter the Strip in order to clear obstructions to army’s line of sight, including by demolishing structures and trees. The logic behind the herbicidal clearing of foliage and crops along the border area, one might assume, is to clear a line of sight for soldiers seeking to identify threats. 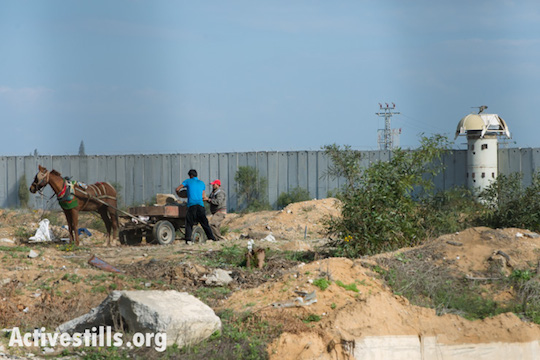 Israel withdrew its troops from Gaza more than a decade ago but its military still controls the Strip’s land and sea borders, airspace, maritime zone, population registry, and decides which people and what goods may enter and exit. While Gaza also has a land border with Egypt, the Rafah crossing is a passenger terminal only and is rarely open for more than three or four days every few months.