A few more hours of electricity a day may not sound like much, but in Gaza, it expels the sense of ever-looming doom and gives people something to hope for. 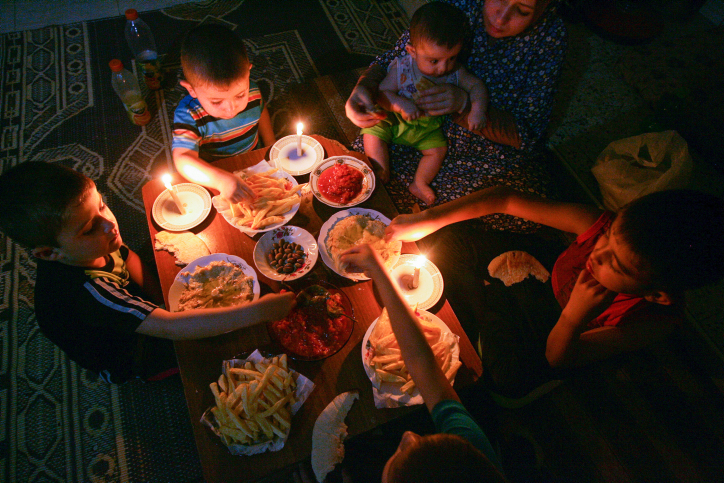 A Palestinian family eats dinner by candlelight at their home in Rafah, in the southern Gaza Strip, during a power outage on June 12, 2017. (Abed Rahim Khatib/Flash90)

For the first time in years, Gazans were able to enjoy the simple pleasure of going about their daily lives relatively uninterrupted and without stress when, under the supervision of the United Nations, diesel was suddenly allowed into the besieged enclave. The fuel, funded by Qatar since early October, increased the electricity supply across the strip by 4-5 hours than in previous months, keeping the lights on for up to 16 hours at times.

A few more hours of electricity may not sound like much, but this respite meant the world to me and my family — and to almost everyone else in Gaza. It has inspired a strong sense of hope, especially among those of us in the shrinking middle class.

There are usually two discrepant images of Gaza shared with the world: one in which doom is inevitable, only a footstep away, and another of semi-deserted beach hotels, luxurious resorts, shopping malls and fancy restaurants. The daily routines of middle-class Gazans — children enjoying the smell of their mother’s freshly-baked bread and spinach pastries, relatives exchanging generous invitations to colorful feasts, families huddling around the TV in cold evenings, old and young people gathering around a cozy fire every night to exchange stories and roast chestnuts — fall between the cracks.

Unfortunately, these interactions are constantly threatened by an ever-looming hopelessness that hollows young Gazans of life and purpose. More and more businessmen are going bankrupt and serving time in prison due to unpaid debts, which means more families can’t afford rent or make ends meet. One of the most devastating scenes in Gaza is of promising children dropping out of school to wander from house to house, begging for a few shekels; they turn back empty handed at almost every door, because people no longer have the financial capacity to extend a helping hand. 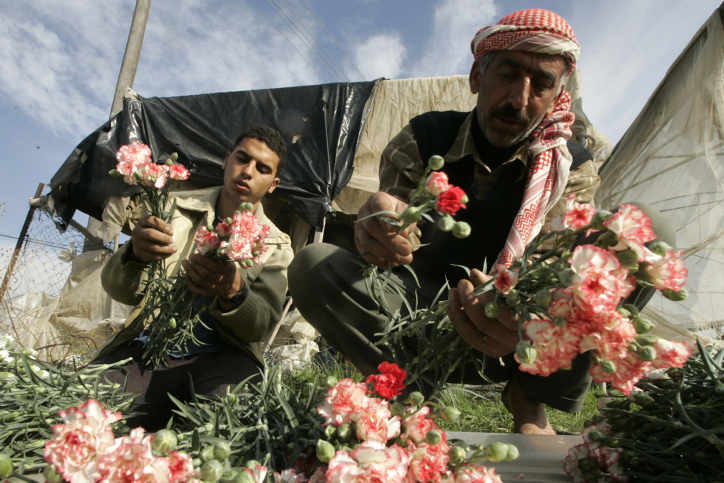 Palestinian farmers gather flowers in Rafah, in the southern Gaza Strip on December 10, 2009, after Israel granted special approval for the export of Palestinian flowers from Gaza to Europe. (Abed Rahim Khatib/Flash 90)

It doesn’t have to be this way; doom shouldn’t be Gaza’s only future. Supervised flows of money could pay the thousands of government employees who have been receiving little or no salaries for years. An internationally-run industrial zone could secure jobs for tens of thousands of Gaza’s unemployed university graduates. If Gazan entrepreneurs were permitted to travel, they could establish trade relations, bring in investments, and re-enter the global market. Imagine Gazan furniture, textile, roses, strawberries and other goods exported to Europe, Israel, and the West Bank. Imagine foreign tourists, and even West Bank Palestinians, visiting Gaza again — whether through Israel, Egypt, or an internationally-run airport and seaport.

Rather than raise security concerns, these measures would assuage existing ones. They would de-escalate tensions and give Gazans something to hope and live for. The only beneficiaries of Gaza’s poverty and misery are extremist groups, violent militias, and an ever-growing black market for narcotics.

This potential is hampered by both an uncooperative Palestinian Authority, as well as an undetermined international community that seems more concerned with containing the damages than solving the root of the problem. Above all, it is the cowardice of the Netanyahu government that prevents an improvement in the lives of average Gazans. After all, no Israeli politician wants to be seen as “soft,” or rewarding Gaza. Instead, most members of Knesset continue to compete over who is going to inflict even greater violence on Gaza’s people.

The situation in Gaza truly is dire, but when our future is constantly framed in negative terms, when we focus on how matters will only get worse if this temporary measure isn’t approved, or that aid package doesn’t go through, we surrender to the doom. Our struggle is not about preventing things from spiraling further downward. We need to aspire for more, for better, and shift the conversation to focus on hope, on the amazing resilience and resourcefulness of Gaza’s everyday people, who refuse to be defeated.

Muhammad Shehada is a writer and columnist from Gaza.