Despite violence in Jerusalem and the West Bank, for the past three months Hamas has maintained calm on the Gaza border — curbing rocket-fire against Israel.

Opponents of Hamas often accuse the Islamist organization of acting irrationally. In a National Review article titled, “Hamas’ Suicidal Tendencies,” the author writes, “[w]hy is Hamas pursuing such a self-destructive strategy? Ideology.” Yet, in the months since the Gaza war, Hamas’ leadership in Gaza has repeated its pragmatic approach by not launching rockets into Israel, instead choosing to downgrade its ideology so that it may fight Israel more effectively in the next war.

After the bloody summer war, the Gaza-Israel border has remained remarkably quiet. Hamas has deployed a special unit to guard its border with Israel and prevent smaller militant groups from shooting rockets at Israel. A Hamas security source told Al-Monitor, “Gaza’s border will not be violated by group firing rockets at Israel in light of a national consensus for a cease-fire.” Hamas security forces have been successful in preserving the calm — only one rocket has been fired in three months at Israel — despite the growing unrest in Jerusalem and the West Bank. After this rare cease-fire violation on October 31, Hamas criticized those responsible and quickly arrested the five suspected individuals. This dramatic reduction in Gaza attacks dispels another myth: that Hamas is incapable of cracking down on other Gaza militants.

Read also: How Israel taught Hamas that violence is effective

Although Hamas leaders have offered mixed appraisals about future violence, senior official Ahmad Yousef emphasized that with the growing reconstruction needs, the current situation “mandates a cessation of armed operations for two or three years in order to close the door on Israeli excuses and lift the people from the catastrophe that fell upon them.”

This calm is hardly fortuitous. The year following the November 2012 conflict saw the fewest amount of rockets launched into Israel since 2003. Following that conflict as well, Hamas established a police force near the Gaza border to prevent rocket fire and preserve the shaky cease-fire. 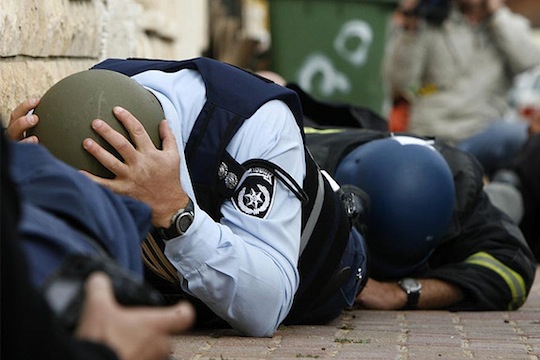 Hamas’ realism was apparent when in September its deputy chairman, Mousa Abu-Marzouk, surprisingly suggested direct talks with Israel for the first time due to the difficulties of Egyptian mediation during post-war negotiations in Cairo. Although others in the organization rejected his idea, Abu-Marzouk broke a taboo within Hamas on a sensitive topic, preferring pragmatism over ideology. Similarly, former Hamas Prime Minister Ishmael Haniyeh sent his daughter into Israel for emergency medical treatment last month. While Haniyeh previously praised Hamas fighters in their battle with the “enemy” Israel, this did not stop him from making a cold-calculated move to save his daughter’s life.

PHOTOS: In Gaza, rebuilding is still over the horizon

Hamas’ current rational approach stands in stark contrast to the movement’s previous hardline record. Hamas and other militant groups launched approximately 1,035 rockets and mortars from Gaza into Israel from January to mid-November 2012 before Operation Pillar of Defense.

Some would suggest launching a massive war against Israel this past summer contradicts the thesis that Hamas acts pragmatically. Nonetheless, Israel repeatedly shows that it rewards those who utilize violence efficiently. Only after the 2014 war when Hamas managed to mainly shut down Israel’s Ben-Gurion Airport for one day and kill over 70 Israelis did Israel considerably ease the siege around Gaza. For the first time since 2007, Gazans were permitted to sell sweet potatoes to Europe in addition to allowing the transfer of more goods to the West Bank. Furthermore, only after the summer war did Israel permit the Palestinian reconciliation government to meet in Gaza, despite Netanyahu’s earlier declarations that this same government “strengthens terror.” Similarly, by October for the first time in seven years Gazans were allowed to pray at Al-Aqsa Mosque in Jerusalem. Although Israelis declare that they won’t reward “terrorism,” Hamas understands that only after painful violence will Israel ease its siege. 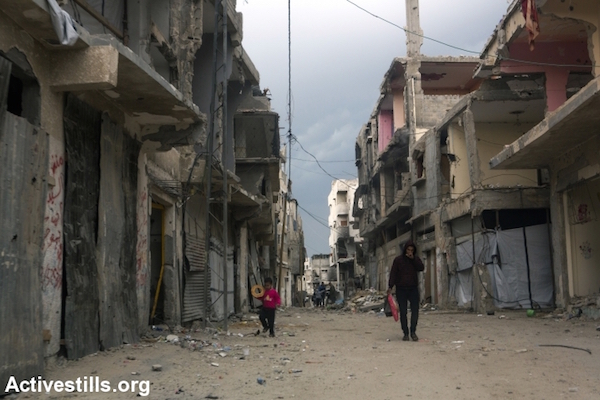 Hamas’ refrain from using violence from Gaza does not mean that the movement has become conciliatory. After a stabbing last week in Tel Aviv, Hamas spokesman Husam Badran exclaimed, “the attack is part of a welcome plan that reflects the tenacity of our people to resist the occupation.” Following the recent Gaza war, Hamas co-founder Mahmoud al-Zahar has repeatedly called for armed resistance to spread to the West Bank. Hamas leaders in Gaza understand that despite all of its inflammatory rhetoric supporting attacks in the West Bank, Israel has yet to target Hamas officials in Gaza. While Israel has increasingly arrested West Bank suspects — after the painful summer — Israel has no interest in opening up another front in Gaza due to the growing deterrence Hamas established.

Hamas leaders say they are rebuilding its tunnels to attack Israel following the summer war. Yet, one cannot ignore the massive Israeli damage inflicted on the movement’s military wing, the al-Qassam Brigades, and its arsenal. Hamas found itself further isolated after Egypt established a buffer zone along its own border with Gaza this month, dramatically impacting Hamas’ supply routes for weapons. The Islamist movement needs time to refurbish its long-range rocket supply along with restoring its tunnels to a pre-war levels. Otherwise, a weak military performance would lead to declining support from Gazans and no meaningful reduction of the siege.

Following the 2012 conflict when Hamas only killed six Israelis, Netanyahu did not significantly alter the Gaza siege, all while increasing Israeli incursions into the territory. With such limited military success in 2012, Hamas was unable to establish deterrence vis-a-vis Israel. Hamas leaders realize that only by again staging an especially lethal operation like this summer’s, in contrast to 2012, will Hamas receive tangible concessions from Israel. In order to obtain such military achievements, Hamas requires additional time without disruption by Israeli attacks, which would be the case if it shot rockets into Israel. The current cessation of rockets into Israel is part of Hamas’ more sophisticated planning.

With violence spiking across Israel and the West Bank through stabbings and car attacks, ironically the volatile Israel-Gaza border is one of the only locations experiencing calm. Hamas’ intentional choice abstaining from launching rockets during these tensions demonstrates the movement’s pragmatism in its continued clash with Israel — at least until it gains enough strength to powerfully confront the Jewish state.

Related:
How Israel taught Hamas that violence is effective
A siege of inertia: Israel’s non-policy on Gaza
Space for perpetuating the conflict: Tunnels, deterrence and profits