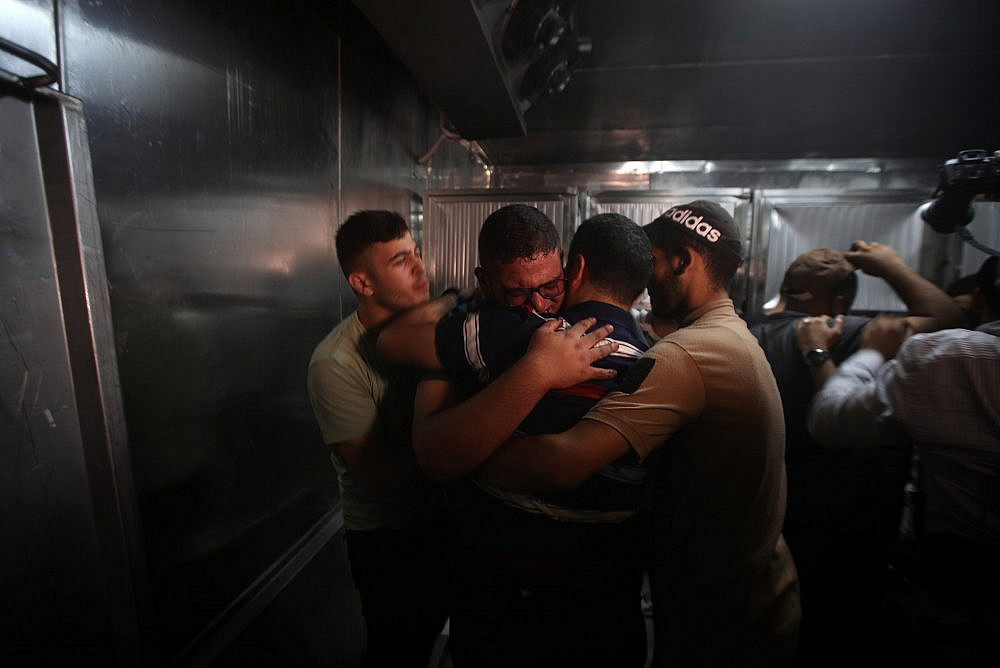 A version of this article was first published in Hebrew on “We Beyond the Fence.”

It started on Friday when I woke up to the screams of my younger brother: “Fire! It’s insane! Fire!”

I got up out of bed, in my home in a refugee camp in the besieged Gaza Strip. Friday is a day of rest here, and I had fallen asleep after a large meal. It was now noon, and for a moment I thought that something in our home had accidentally burst into flames. “What happened?” I yelled back.

I quickly drank some water and headed for our balcony. My phone was out of battery, and there was no electricity in the house; whenever that happens, the balcony becomes my news station.

Surely enough, I saw several families in the street, mostly children and women, walking swiftly from east to west carrying bags on their backs. It looked like it was really happening again.

At 7 p.m. I was finally able to charge my phone and check the news. I saw a photograph of a father holding his five-year-old daughter’s dead body — that of Alaa Qaddoum. There were other photos of a home that had been bombed. 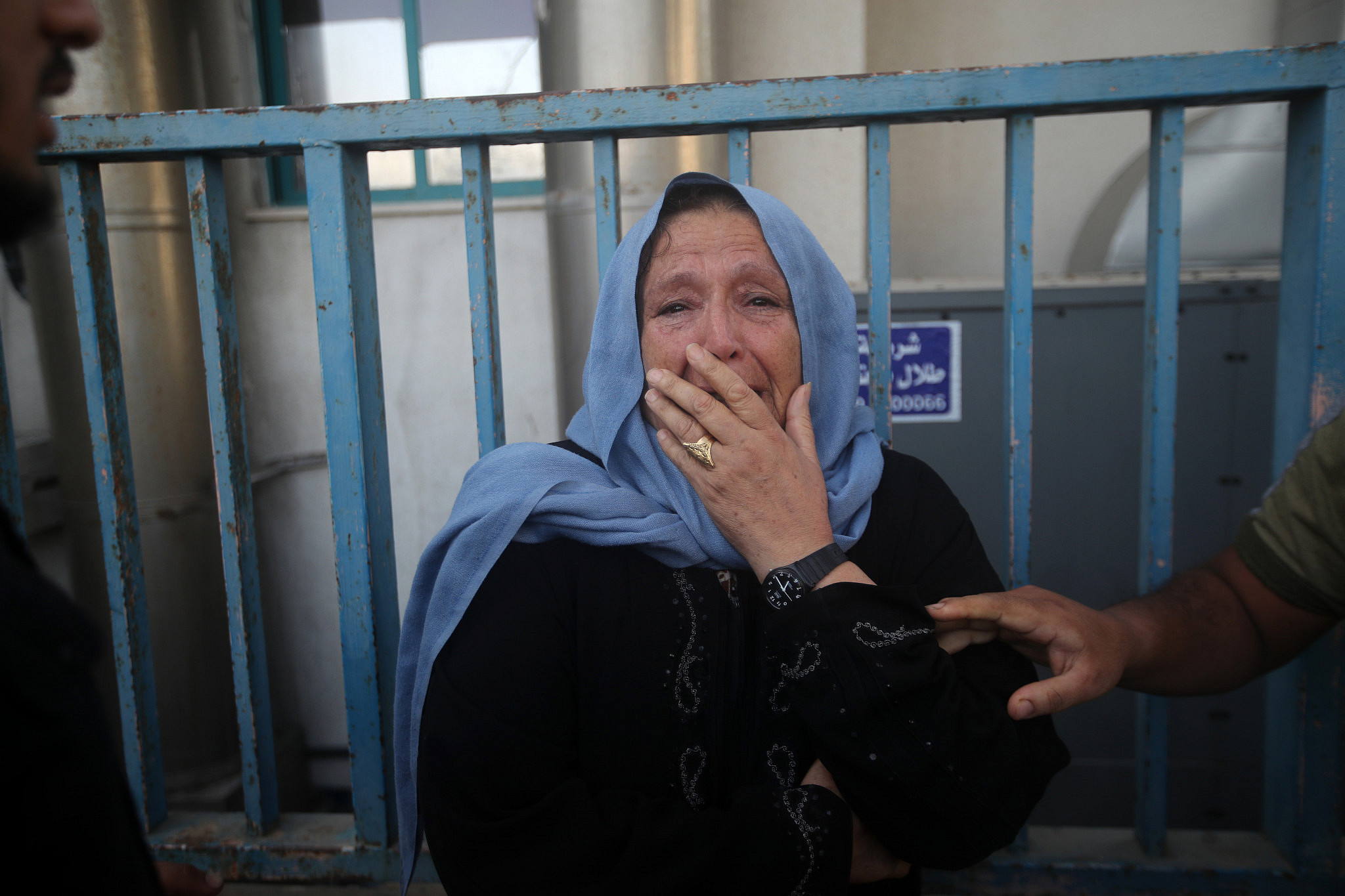 Flashes of memories from past wars choked me, but I tried not to let them get the best of me. I needed something to distract me.

We have our own family rituals during war time. My mother walks from room to room, trying to figure out where to put my sisters so that they stay safe. But where, mom? My father, who works at a bank, is worried that his salary won’t be deposited — otherwise, how else are we going to live?

At 8:30 p.m. the ambulance sirens wail like war drums. They are the only sound in the street, and nothing around me is calm. Cars pass by with mattresses and pillows tied to their roofs. Hundreds walk by foot to find safety. And I stood there on the balcony, scanning their backpacks.

The backpack has become a symbol of Gaza during wartime. It will usually hold practical things: your passport, a few personal documents, your university degree, your medical insurance. The backpack is what helps you build your new identity after the war planes destroy your home and all of your possessions. It becomes a part of who you are. 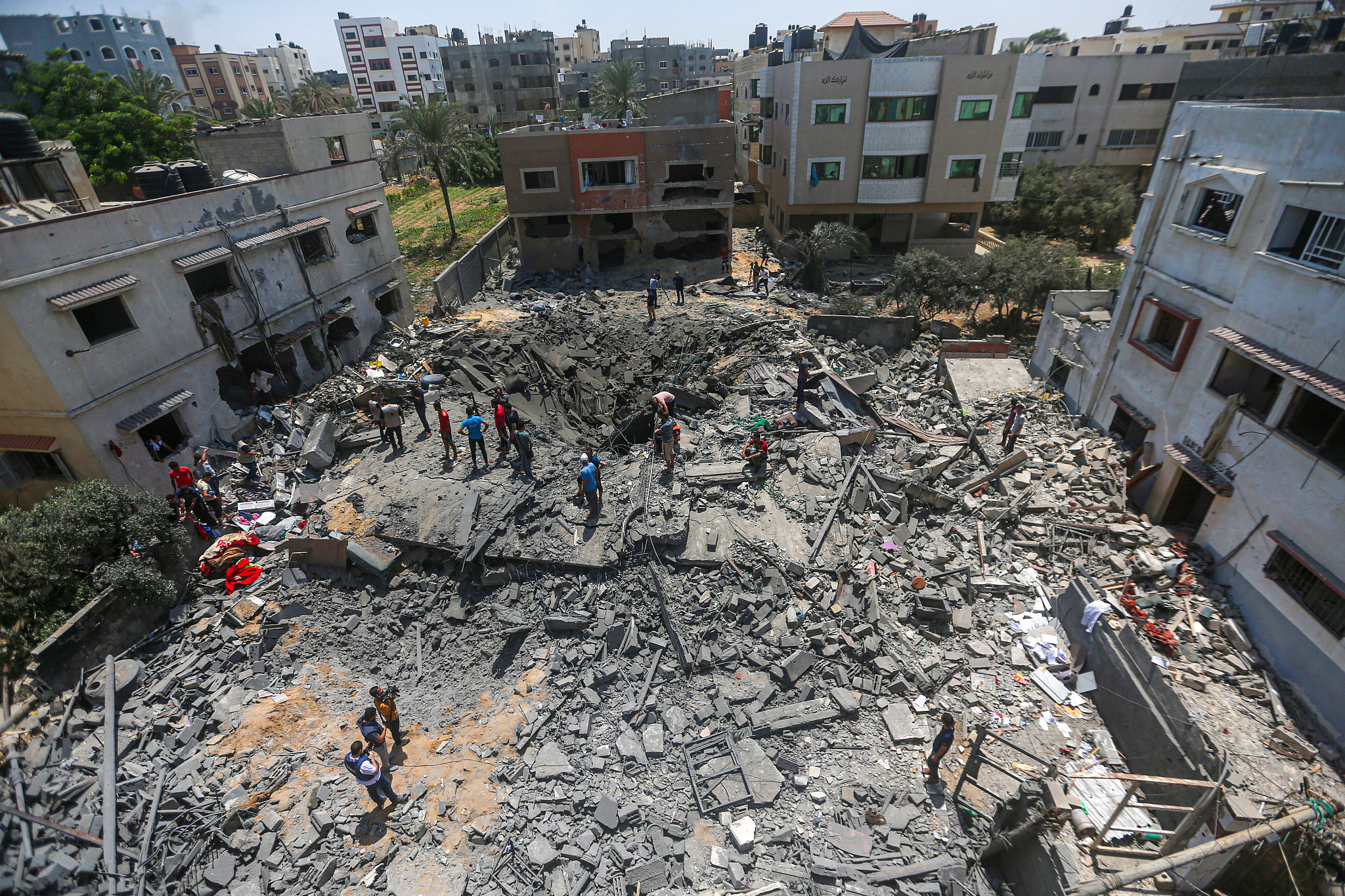 As I look on at the dozens of backpacks moving slowly before me, my brother yells from below. “Come quick! They are going to blow up Abu Muhammed’s bakery!”

I rush down to the bakery across our street, and see dozens of people gathered there trying to grab bags of food out of the store. I soon realize, though, that this isn’t because of an incoming airstrike — people are afraid that the bread will run out, so they are taking what they can.

As I watch all this unfold, my little sister, oblivious to what’s happening, touches my shoulder. “Take a photo of me,” she asks, wearing her new shirt.

“Do you really think this is the time for photographs?!” I hurl back. “Go, go away.” But then a terrifying thought crosses my mind — the very worst scenario that could happen to my sister in a time like this. And so I cave, and quickly take two photos of her. In wartime, humans must become kinder. 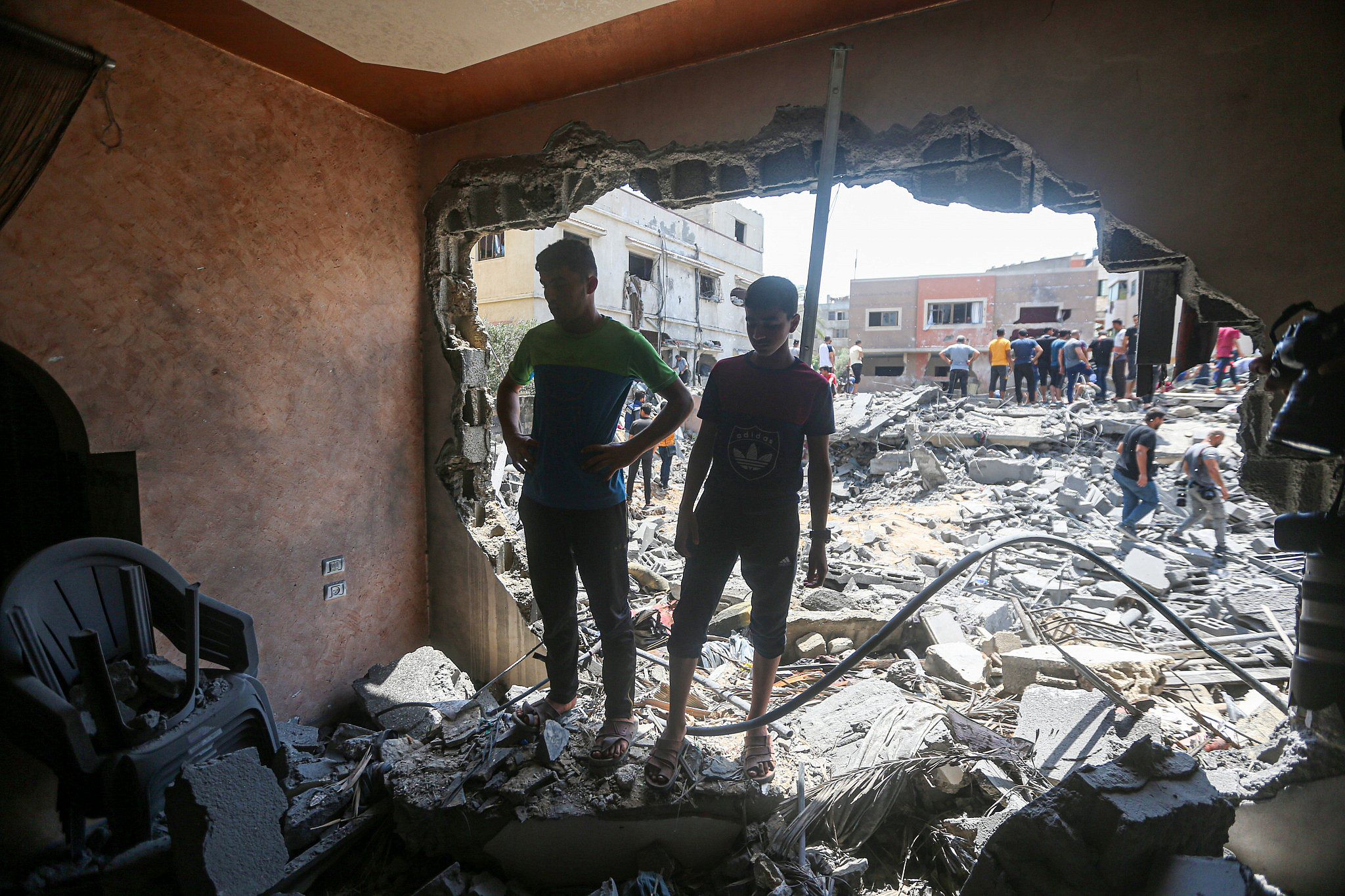 Now it’s 11 p.m. I’m trying to sleep but can’t because of the sweltering heat. There is no electricity, which means there is no fan or air conditioner. Israel hasn’t allowed us to import gas since Monday — when the army began tightening the blockade ahead of its assault — and our main power station no longer works. Beads of sweat cover me. Then, suddenly, the power returns! I hurriedly turn on the fan and close my eyes.

In wartime, the constant humming of Israeli drones, heard everywhere across Gaza, only grows louder. Dozens of them hover in the sky at all times; sometimes they will fire a missile. The cool wind of the fan helps me to finally sleep. The white noise and the creak of the blades drown out the humming coming from outside my window.

Ismail is a pseudonym for a 28-year-old journalist from Gaza who asked to remain anonymous for fear of reprisal.