It’s impossible to know just how much Israel will loosen its restrictions on goods and movement of people in Gaza as it negotiates with Hamas. What’s clear is that a new approach is needed. 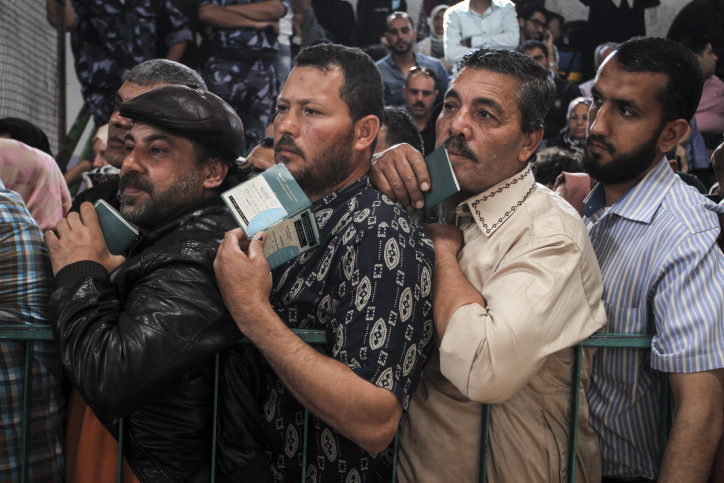 Palestinians wait at the Rafah border crossing with Egypt, in the southern Gaza Strip, after it was opened for two days by Egyptian authorities, May 11, 2016. (Abed Rahim Khatib/ Flash90)

Israel and Hamas are in the advanced stages of negotiations over a ceasefire, according to numerous media reports, that, in exchange for an end to the flaming kites that have set alight hundreds of acres of Israeli farmland, would increase the flow of goods in and out of the Gaza Strip.

It’s difficult to know to what degree Israel will agree loosen the restrictions on goods and movement should an agreement be signed, said Tania Hary, executive director of Gisha, an Israeli rights group that focuses on freedom of movement in and out of Gaza. What is certain, she added, is that the new restrictions were meant solely to punish the civilians of Gaza.

“Israel is stopping these goods as a means of applying pressure in negotiations. There is not a single security argument they have made — it’s purely punitive,” Hary explained. In recent weeks, Israel has cut off the fuel supply to Gaza twice for a period of several days, leading to major electricity shortages. Withholding fuel, she added, is Israel’s way of ratcheting up the pressure.

“Our understanding is that critical institutions like Gaza’s hospitals were on the verge of running out of their reserves,” Hary continued. “So [Israel] decided to fall back and allow fuel in for a week before stopping it again. All of these institutions rely on fuel, so it is really crucial to keep the supply constant. The same applies for families and businesses — everyone in Gaza relies on fuel.” 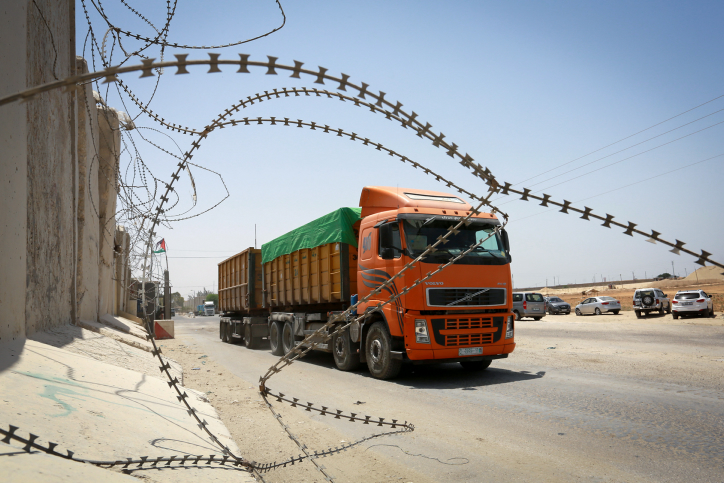 The electricity crisis in Gaza is not a singular event, but rather a culmination of a “reality that has developed over a decade of closure,” as Gaza journalist Ghada al-Hadad wrote on these pages last year. From the very beginning of the siege in 2007, Gazans have been confronted with unpredictable power cuts at various hours.

Last year, the crisis reached a fever pitch when the power supply was reduced to a mere three or four hours a day, and in February the United Nations Office for the Coordination of Humanitarian Affairs (OCHA) in the occupied Palestinian territories issued a statement warning that the Strip was on the “verge of disaster” due to electricity and fuel shortages. If that was not enough, in June Gaza’s only power company announced a further reduction in the enclave’s electricity supply after its sole power station stopped functioning.

Since the Great Return March began in late March, the Israeli army has responded to the popular protests and ensuing flaming kites and balloons by several times shutting down Gaza’s sole commercial connection to the outside world. The Strip only has three crossings: a passenger crossing to Israel, a passenger crossing to Egypt that has rarely been open in recent years, and the commercial crossing controlled by Israel.

In early July, the Israeli army implemented some of the harshest restrictions on imports and exports into Gaza that we have seen since the cease fire that ended the 2014 Gaza War. Even items that had restricted as “dual use” — items that are primarily civilian in nature could also be used for military purposes — were entirely banned. At times in recent months only food, medicine, animal feed, and livestock were allowed into the Strip. Even generators, paper, water, and mattresses were banned.

Israel’s restrictions on trade to and from Gaza have effectively destroyed large parts of the economy, forcing a majority of the Strip’s two million residents to rely on international humanitarian aid for survival. More than 80 percent of Gazans are dependent on some form of assistance, while record levels of unemployment in Gaza hovers around 45 percent, compounding the widespread poverty. Households receive around 73 liters of water per person per day — well below World Health Organization standards — and about two thirds of drinking water is contaminated. 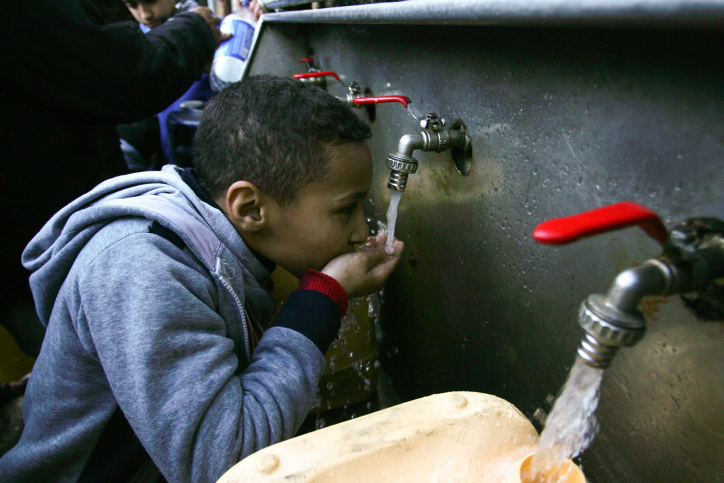 Following the 2014 war, Israel recognized that the situation in Gaza was unsustainable, deciding to allow produce, furniture, and textiles to be exported to the West Bank for the first time since the siege began in 2007. Since July 10th, however, Israel has stopped every single product from leaving Gaza.

While Israel won’t likely agree to end the siege anytime soon, the only remedy that could actually restore Gaza’s economy and provide an economic future for its residents, there are concrete steps that it can could take to alleviate the suffering of Gazans, Hary said. One such step would be to allowing the movement of people between Gaza and the West Bank, as well as between Gaza and Israel, which Israel disallows, apart from exceptional humanitarian cases.

“Israel should be allowing movement of goods and people freely, only subject to security inspections that are necessary,” Hary continued.” They need to be able to rebuild Gaza and its infrastructure. The economy needs to function. But first and foremost, civilians in Gaza need to be able to breathe and feel hope for the future.”

That breathing room, said Samir Zaqout, director of monitoring and awareness at Gaza’s Al-Mazan Center for Human Rights, only goes so far. “The people of Gaza want to live a life of freedom,” he said. “They want the right to live and work like everybody else. Bringing in fuel and products is a good thing, but what good does it do if there is no economy? What good does it do if the occupation bombs our businesses?”

“We should be setting the bar a lot higher,” said Hary. “It’s not just about whether people have enough water to drink or electricity. The question is whether they can engage in normal activities that the rest of us take for granted. It’s time to consider a different approach.”