German Foreign Minister Sigmar Gabriel will learn far more from his meetings with B’Tselem and Breaking the Silence. 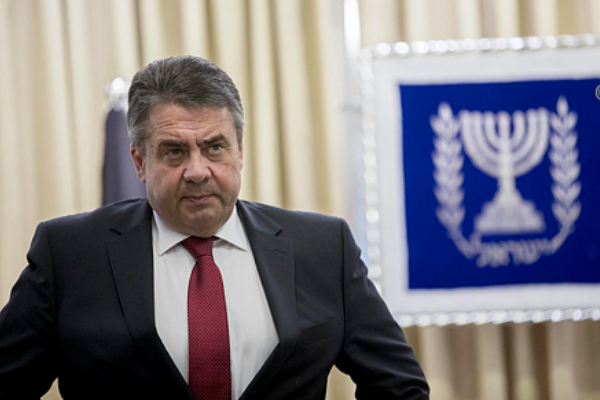 Given an ultimatum of meeting with Breaking the Silence and B’Tselem or meeting Israeli Prime Minister Netanyahu, German Foreign Minister Sigmar Gabriel very simply made the right choice to forego Netanyahu. And not in order to “defy” Netanyahu, as per a breathless Bloomberg headline, or to give any message at all.

He was right simply because what would he have actually learned from Netanyahu? Those organizations will give Gabriel concrete information: B’Tselem will update him on developments regarding the 50-year-old occupation and its most current manifestations, in the form of data, documentation and analysis. Breaking the Silence will give him human experiences of occupation, and tell the truth about growing attempts to intimidate and suppress the group for daring to oppose Israeli policies.

Now consider the meeting with Netanyahu. The two would probably have complimented each other on their great trade relations, something neither needs to see the other to know. Netanyahu, after all, got his submarines. On the Israeli-Palestinian conflict, Netanyahu would have fed him saccharin promises and empty calories about how Israel yearns for peace, without admitting how satisfied society and government are with the status quo.

Netanyahu might have paid tight-lipped service to a two-state solution, while he and his government take all possible measures on the ground to abort a Palestinian state. Netanyahu might have read some tweets from COGAT, which, together with the Civil Administration, governs Palestinian civilian life through the military — perhaps tweets about how kind Israel is to let some trucks pass into Gaza.

He would certainly have cited the cancer patients who were allowed to Israel for medical treatment and caught smuggling tubes of explosive material, or the stabbing attack in Tel Aviv by a teenager on Sunday. And he will expect these incidents to prove why Israel must never ever end the military regime in the West Bank or control over Gaza.

But anyone who cares to look knows that Netanyahu’s Israel is striving to own all the land. Any rational person can see the policies and conclude that Netanyahu — in his own and his ministers’ words — is against a Palestinian state.

Since any regular person can figure this out, not least a bright foreign minister, Gabriel would quickly have gotten bored. Then he might have gotten insulted. Without the meeting, he’s probably in a better mood, and definitely better informed.