A way out of the diplomatic dead end.

By Dahlia Scheindlin and Noam Sheizaf 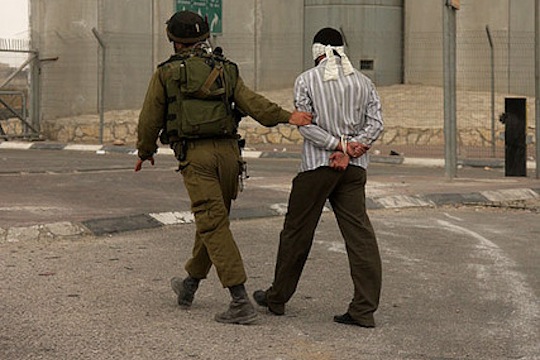 The Israeli-Palestinian negotiation process has reached a dead end. The two-state paradigm has been deemed unrealistic so many times, that mentioning it creates cynicism and bitterness in both societies. But a generally agreed alternative to the principle of partition has not yet emerged.

We therefore suggest a new framework for diplomatic engagement, one that carries with it a clear deadline.

Without diminishing the many facets, layers and problems in the conflict (refugees, land, control over resources, holy sites, sovereignty and national self-determination), one issue is the most urgent and pressing for the region, and it is also the most obvious: ending the military occupation.

Under the current circumstances, even international and local actors’ best intentions in seeking to resolve the conflict have no direction. New political negotiations are likely to be fruitless, disappointing and as a result, dangerous.

Ending the occupation is key to advancing any comprehensive solution, and it carries a special moral urgency.

The occupation presents a unique problem. Israel’s control over Palestinians is an infinite source of violence and instability. It generates daily rage among Palestinians and leaves no one untouched. It crushes any possibility for sustainable economic viability or dignified livelihood. Palestinians are unable to build genuine political institutions, because they are all subject to the sovereignty of Israeli military law.

With regards to ending it, we propose the following definition for the occupation:

1. Ruling a population under military law (including Palestinian self-government, which is circumscribed by Israeli military law).
2. The expansion of settlement rights for one population at the expense of another population. This includes de facto settlement, legislation to legitimize settlement, financial and infrastructural support.
3. A situation in which two people live side by side in the same territory under two different legal systems.
4. The imposition of heavy restrictions on both domestic and international travel on one population while the other is free to travel, settle, and enter and exit international ports at will.
5. Israel’s use of natural resources in the West Bank to favor the Jewish population, while heavy restrictions are placed on Palestinian use of those resources.

In addition to the West Bank, this definition also applies to territories in and around Jerusalem that were annexed to Israel in 1967, since three of the five conditions above apply to them. For the Gaza Strip, “ending occupation” at this stage would mainly mean freedom of movement for goods and people across Gaza’s borders, and lifting restrictions on the entry through and use of land and sea borders.

We envision two possible mechanisms to achieve the goal of ending the military occupation. Either the two sides devote the next round of negotiations to reaching an agreement on how to end it, or the international community must demand and impose an end of the occupation (there is a difference between imposing an end to the occupation and imposing a resolution for the overall conflict, and the latter is not advisable).

In both approaches, an immediate deadline is the key to success. A long interim period may seem more attainable but the bitter experiences of the Oslo years teaches us that lengthy, phased plans are bound to fail due to changes in the political landscape and circumstances on the ground.

In the first, cooperative approach, agreements to dismantle occupation systems and supporting infrastructure should be reached within one year. Ideally, those will be part of a larger agreement on power transfer or sharing.

In the coercive approach, international actors (such as the UN Security Council) should set a deadline for Israel to end military control over the Palestinians; allow full freedom of movement to, from and within the occupied territory (with the exception of entry into the 1949 borders); completely cease using resources from the West Bank, and halt all construction in the settlements.

Naturally, Israel will have to defend itself, and finite military operations can be permitted in order to address specific security threats. But all elements of military control over the entire civilian population must be terminated within one year; or else, Israel would risk diplomatic action or even sanctions.

It is obviously in Israel’s interest to take the cooperative route, rather than risk facing international action against it. The Palestinian leadership will also have strong incentive to join the cooperative process of ending the occupation. Without it, the Palestinians will move further from their aspiration to self-determination. The expiration of the one-year deadline could also entail dismantling the Palestinian Authority; if it simply “waits out” an end to the occupation, the present leadership stands to lose even its current, negligible share of power.

For the international community, setting an expiration date for the military occupation is more practical and immediate than continuing the current tug-of-war with Israel over the settlements and with no clear negotiation framework in sight.

Not an alternative to peace, but a paradigm for progress

Putting a deadline on the occupation is no replacement for a permanent political settlement. It is, however, a far better way of advancing it than anything currently taking place.

Quickly ending the occupation would provide concrete hope for the Palestinian population, stop the creeping annexation of the territories and allow the sides time to resume meaningful negotiations. The Israeli-Palestinian equation will be less defined as oppressor and victim and it would bring the sides one step closer to being equals. Furthermore, we believe that a deadline will advance honest debate in both societies about their respective visions for a long-term settlement, and revive interest in the diplomatic process beyond the walls think tanks and state bureaucracies. These might be the most important outcomes of such a move.

The urgency of the deadline to ending the occupation reflects the urgency of the situation. It must replace the current diluted goal of a “peace-process,” and the double-speak that only ignores, perpetuates or expands problems. A new paradigm for progress is non-negotiable.

Related:
The profitable occupation, and why it is never discussed
Demystifying one-state, acknowledging facts
One or two states? The status quo is Israel’s rational choice