Shortly after the Goldstone Report was published, a wealthy American Jewish woman at a New York cocktail event leaned in to tell me how horrible the report is. Waving her jeweled hands, she keened: “We’re living in a nightmare!”

Israeli society seemed to feel the same. The Goldstone Report has been viewed as a turning point, when the whole world embarked on a coordinated campaign of something called “de-legitimization.” The threat is believed to be so real, that the report led some Israelis to viciously attack other Israelis who had provided information to the Goldstone Commission – branding them traitors.

The panic gave way to a bitter Israeli backlash against global criticism. Avigdor Lieberman’s appointment as Foreign Minister shortly after the Cast Lead operation was Netanyahu’s signal that he intended to fight, rather than cooperate with the international community. Lieberman is Israel’s weapon in the ring of international opinion, in this narrative. Give Israel the ridiculously biased UN Human Rights Council, and Israel will send Lieberman to the UN for a reprisal attack. Israel may be losing vital allies such as Turkey, but when Israel is under an image assault – with Goldstone at its helm – there will be necessary casualties.

So when Judge Goldstone’s Washington Post op ed appeared, Israeli politicians practically crowed. Prime Minister Netanyahu decided that this would be the occasion to suck public energy and attention into a diplomatic and political campaign to minimize the damage caused by the report, or to have it annulled.

The nightmare must be over, right? Here’s the problem. It’s NOT Goldstone, stupid.

Israeli policy has been suffering international condemnation long before the last two years of Goldstone and de-legitimization.

And while we’re at it, “delegitimization,” is becoming a cheap catchword, wildly exaggerated to terrify and distract Israelis from real issues. Actual attempts to drive Jews out of this land (my understanding of delegitimization) are an infinitesimal phenomenon of marginal wackos. But Israel seems to prefer to cling to threats rather than solve problems.

President Peres’ response was striking. He said: “the fact-finding mission had ignored the central reason Israel had gone to war against the Hamas-ruled territory.”  But the problem is not that Goldstone ignored the reason for the war. The problem is that Israel ignored the reason for the war: the folly and hubris of Israel’s Gaza strategy that began at least two years earlier – closure in the hopes of political overthrow; the long-term failure to improve the situation of Palestinians that led to Hamas’ electoral success in the first place, the failure to reach a negotiated diplomatic solution to the conflict at all, and (at the time) 42 years of occupation. And yes, after all those things, Israeli citizens lived with intolerable rocket attacks. No, the fault for the long term situation is not all Israel’s. But Goldstone, or Israel’s image, just isn’t the problem.

Israelis will say that it’s easy to critique in hindsight, but there was no other solution to daily attacks on civilians. But the attitude that Israel can languish in its self-immolating short-term thinking ad absurdium, and forever claim that the immediate cancels out the future, is immoral and disingenuous. If we squander the ability to consider the results of our actions, Israel can give itself a carte blanche to conduct war after war, then spend all its creative energy crying about condemnation, forever.

But here’s the result: the conflict is a tangled mess of missing pieces preventing the achievement of a two-state solution before bilateralism runs out in September. The next generation of Palestinians has every reason to hate Israel for its manhandling of Palestinian lives.

Israelis continue to suffer from the conflict, not from Goldstone. Physical insecurity and rocket attacks continue. And there are psychological costs to the endless cycle of war: A recent study of Israeli youth I participated in showed that the 21-24 cohort were less likely to trust in state institutions, support democratic values, or believe in peace, than younger respondents. We don’ t know definitely why; but one possibility is that 21-24 year olds surveyed in the summer of 2010 might easily have been in active duty in the winter of 2009.

The fetishization of the Goldstone episode won’t help a single soldier who saw combat in Gaza erase what he did or saw.

Nor will Israel’s Goldstone obsession make the world any more sympathetic to its failed policies. Just as the report did not cause Hamas to become suddenly circumspect about its terrible civilian attacks, the reservations about the report will not suddenly whitewash Israel’s behavior.

But maybe this latest development will finally prove something Israelis keep missing: even the most vindicating “hasbara” in the world won’t end Israel’s international trouble. It’s the policy, stupid. 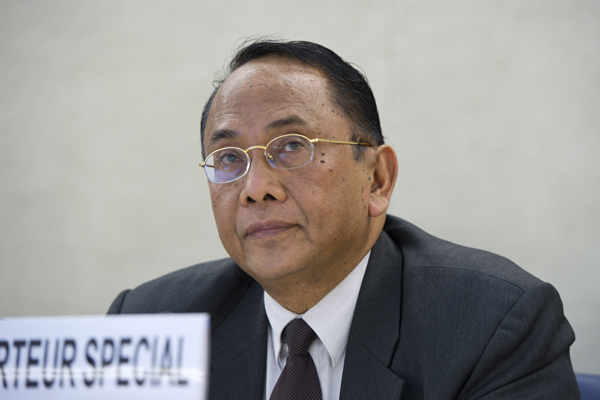 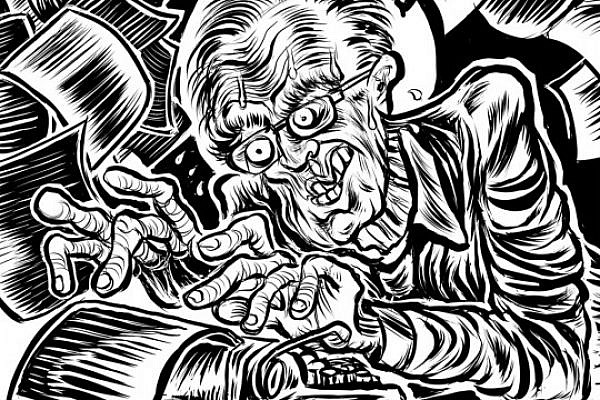 COMIC: Meanwhile…
By Eli Valley Eli Valley is a writer and artist whose work has been published in New York Magazine, The Daily Beast, Gawker, Saveur, Haaretz and elsewhere. He is currently finishing his first novel. Eli’s website is www.EVComics.com and he tweets at @elivalley. Previous work by Eli Valley on +972 Magazine: Google Glass for the Gaza gaze What if Mahmoud was…
By +972 Magazine July 30, 2014

Right-wing group seeks to dismantle Israeli NGO dedicated to Palestinian return
Just weeks after it was deemed to have ‘fascist characteristics,’ nationalist group Im Tirtzu tries to shut down Zochrot for allegedly ‘rejecting the existence of the State of Israel.’ Right-wing group Im Tirtzu is attempting to shut down Zochrot, a non-profit organization that dedicates itself to raising awareness of the Nakba in Israeli society, and working…
By Edo Konrad September 24, 2013