With each passing day, the publication of the Goldstone Report seems like a key event in shaping the political and diplomatic trends that currently dominate the Israeli-Palestinian conflict. A new book – to which I contributed an article dealing with the Israeli reaction to the report – takes a fresh look at the findings and the political significance of the UNHRC fact-finding mission to Gaza 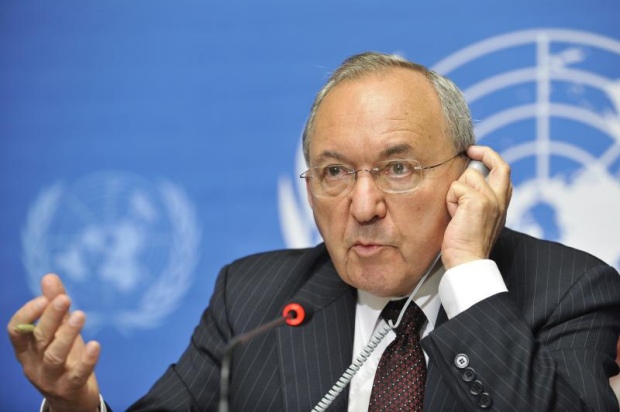 When I checked out the web page for the United Nations Fact Finding Mission on the Gaza Conflict (more popularly known as the Goldstone Report) for the first time, one thing bothered me immediately: the report was posted only in English.

Furthermore, the executive summary and the conclusion chapter, which were available in six languages (Chinese and Russian among them), were not translated to Hebrew. There was a media summary and a press release in Hebrew on the site, but I couldn’t get the documents opened. If the UN Human Rights Council wanted to communicate a message to the Israeli public, it failed on its very first step.  As a result, while most people have a definite view on the report, very few have actually read it. It’s a shame, because the Goldstone Report not only makes for a fascinating reading, but is also one of the most important documents to be published on the Israeli-Palestinian conflict in recent years.

The Goldstone report was the first evidence in what has since become a pattern – the failure of the Israeli leadership to register diplomatic achievements following the use of military power. Israel had no troubles achieving its victory in Gaza. One could argue – as many Israelis do – that operation Cast Lead helped deter the Hamas from launching more missiles on Israeli towns. Yet it also made Israel more isolated than ever in the world. The military operation boosted the BDS movement, mobilized public opinion in support of the Palestinians, and led to the Gaza-bound flotilla last spring, which resulted in a partial lifting of the blockade on the Strip.

The Goldstone report played a key role in these developments. Even though the report was rejected by Israel, the United States and for a brief moment, even by the Palestinian Authority (under Israeli-American pressure), it proved powerful enough to change regional politics. Some people claimed that operation Cast Lead cured the IDF from the effect of the unsuccessful confrontation with the Hezbollah in 2006, but Goldstone also caused Israel a diplomatic trauma. Now, when Israeli leaders consider sending their troops to another military operation against the Palestinians or in Lebanon, it’s Goldstone that they have in mind. The report served as an important lesson for the Palestinians as well: it proved that they can apply considerable pressure on Israel by bypassing Washington and taking their case to the international community and to international organizations. That strategy is echoed in president Abbas’ recent unilateral effort to gain international recognition of an independent Palestinian state in the 1967 borders.

The publication of the report also turned out to be a key moment for Israel’s limited democracy (I use the term “limited democracy” because of the absence of full political rights to Palestinians under Israeli control). The report itself was widely rejected in Israel, even as more and more events cited in it led to criminal investigations and in some cases, to prosecution of soldiers and officers. If anything, Goldstone made Israelis more hostile and suspicious of the international community.

Even more important was the use of the report in the persecution of human rights organizations and activists. A few months after it was made public, rightwing movement Im Tirzu spread the (false) claim that 92 percent of the evidence in the Goldstone report came from Israeli human rights organizations. Im Tirzu demanded to put legal limits on the activities of these organizations, and in some cases, even ban them completely. Lately, the Knesset has decided to answer this call by forming a special investigative committee that will look into the actions of leftwing NGOs. This might turn into a major showdown in Israeli politics, as all opposition parties decided not to cooperate with the Knesset’s probe.

In both cases, the Palestinian and the Israeli, we have yet to fully grasp the lasting political effect of the Goldstone Report.

I covered some of the initial reaction in Israel to the report in an article for the recently published “The Goldstone Report: The Legacy of the Landmark Investigation” (Nation Books). The book, edited by Adam Horowitz, Lizzy Ratner and Philp Weiss, features articles by Archbishop Desmond Tutu, Naomi Klein, Moshe Halbertal, Laila El-Haddad and others. Most importantly, it holds the report itself. As I said, even if you have already made up your mind to reject Goldstone’s finding, it’s a document worth reading.