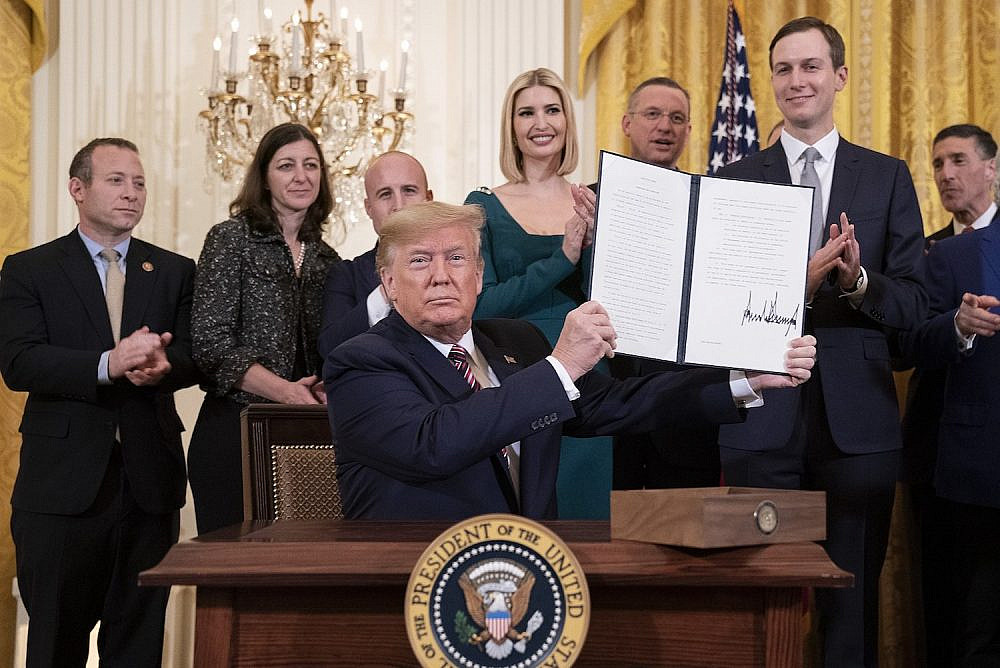 Nearly a year ago at the Conservative Political Action Conference in Washington, Jeff Ballabon, a Trump advisor and GOP lobbyist, launched the so-called “Jexodus” campaign to encourage Jewish voters to leave the Democratic Party.

The Jexodus strategy was simple: to relentlessly portray Democrats as the true party of anti-Semitism in the hopes of persuading Jews to defect to the GOP, while steadfastly ignoring the anti-Semitic rhetoric spouted by right-wing politicians, their ties to white nationalist organizations, and their inspiring of violent attacks on Jewish communities.

The initiative was met with bewilderment and ridicule by most Jewish voters, not least because of its redundant name (Jewish Exodus? Was there any other kind?). Still, it fed into a larger, coordinated campaign by Republicans, begun in the wake of their midterm losses in November 2018, to smear every Democrat in the 2020 election as either “a socialist, a baby-killer or an anti-Semite,” as a New York Times report put it.

The right has ramped up this campaign over the past year, in an effort to sow confusion and division among Jewish voters and to turn us against our allies heading into 2020.

The strategy also serves as a calculated distraction from the GOP’s own blatant racism, anti-Semitism, and white nationalism in a time of increasing violent attacks. It is no coincidence that this effort began just weeks after right-wing conspiracy theories spread by the president, members of Congress, and Fox News fueled the murder of 11 Jews at the Tree of Life synagogue in Pittsburgh. 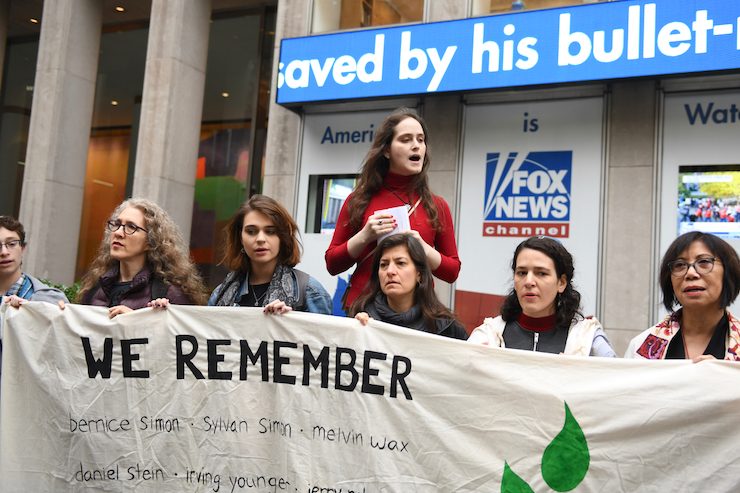 A wide range of groups and individuals have enlisted in this campaign through their association with a battery of right-wing propaganda groups. Alongside stalwart Trump administration figures such as Stephen Miller and Jared Kushner, U.S. Representative Liz Cheney, the lead communications strategist for House Republicans, has taken part, as have billionaire-funded organizations such as “Combat Anti-Semitism,” founded by Wichita oil baron Adam Beren, who donated $250,000 to Trump’s inauguration and $500,000 to the Republican National Committee in 2016.

Yet despite the vast resources Donald Trump and the Republicans have poured into trying to convince Jewish voters to leave the Democratic Party, newly-released polling data suggests that no amount of dark money or right-wing smear campaigns can convince the American Jewish community that Trump and the GOP have our best interests at heart. It turns out we are loyal after all — just not to Trump.

For example, the poll found that 75 percent of Jewish voters hold unfavorable views of Trump — including 66 percent who hold very unfavorable views of the president. By a margin greater than 6:1, Jewish voters say white nationalism is a bigger problem in the GOP than in the Democratic Party. And while American Jews are as diverse as this country, the vast majority of both white Jews and Jews of color strongly agree that Trump holds racist views (76 percent) and that Trump represents the larger Republican Party (57 percent).

Our community certainly isn’t fooled into supporting this administration just because a couple of key White House staff are Jewish. Jewish voters hold unfavorable views of Jared Kushner by a 3:1 ratio, and of Stephen Miller by a 5:1 ratio. Try as they might, Kushner and Miller simply do not represent the Jewish community. 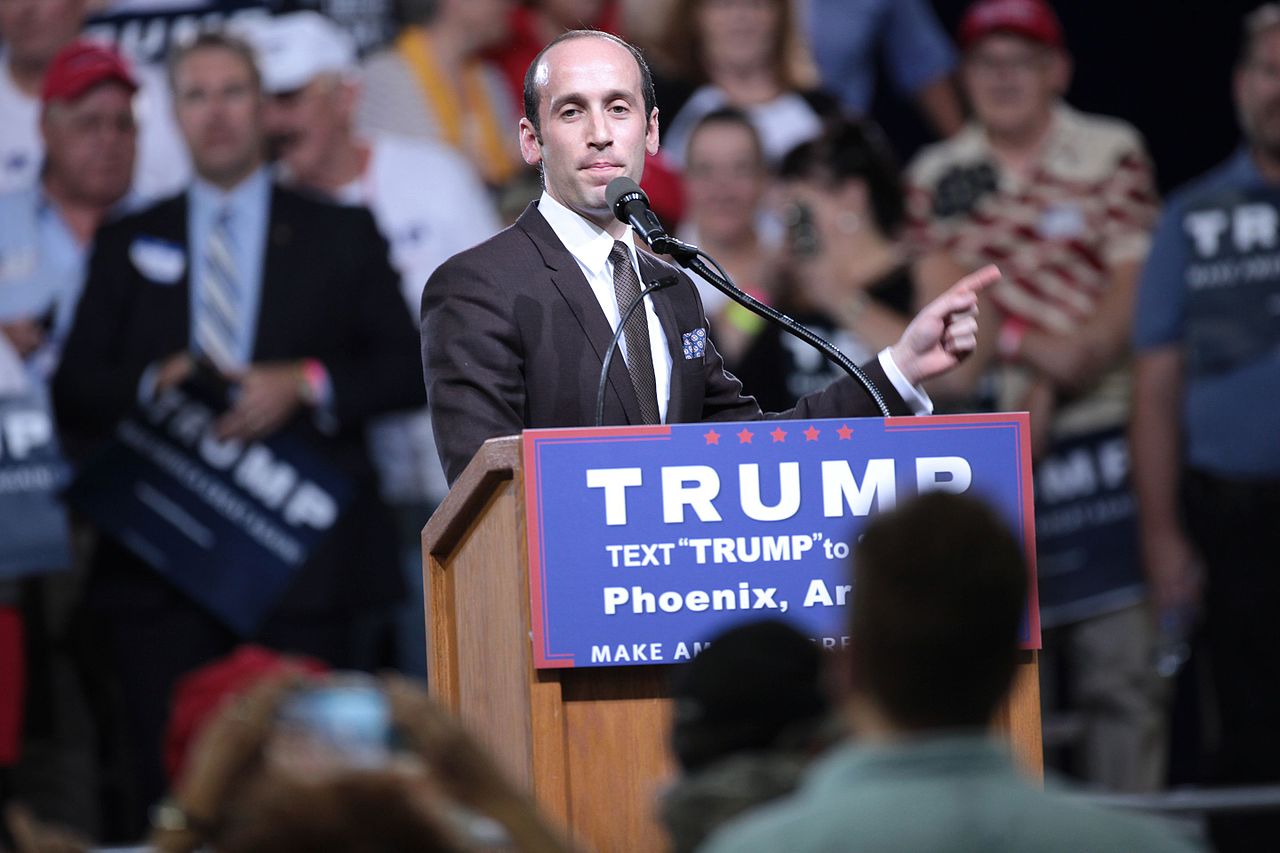 Stephen Miller speaking with supporters of Donald Trump at a rally at Veterans Memorial Coliseum at the Arizona State Fairgrounds in Phoenix, Arizona, June 18, 2016. (Gage Skidmore via Wikmedia Commons)

Although nine in 10 Jewish voters agree that anti-Semitism has increased in recent years, the poll shows that we refuse to be cowed into silence by the attacks on our communities and the white nationalist rhetoric fueling them. Nearly half of Jewish voters say the increase in anti-Semitism makes them more likely to be politically active, and the top priority of Jewish voters this November is, by far, defeating Donald Trump.

For too long, we’ve seen Trump and the GOP put Jewish people’s lives in danger by championing white nationalism, and spreading ugly rhetoric and conspiracy theories that lead directly to bloodshed in our communities. But resistance and survival are our birthright — and we were made for this moment.

Our people have survived genocide and fascism, deportation and slavery. Our ancestors fought for liberation and helped shape the democratic vision of this country. We are rooted in a legacy of pursuing justice. And we are rising up in solidarity with all communities targeted by Trump’s party: immigrants, Muslims, Sikhs, LGBTQ people, poor and working class people, and communities of color, Jewish and non-Jewish alike.

As Jexodus and its Republican proponents of disinformation evidently need to be reminded, Jewish voters refuse to be exploited for the political gain of a president and a party who couldn’t care less about us or our neighbors. We are joining together with our allies across social movements to remove Trump and tear down the white nationalist movement that seeks to destroy us all. We are more energized than ever, and we refuse to be divided.