Israel’s policy of cherry-picking legal obligations vis-a-vis Palestinians undermines the credibility of our legal order established in the aftermath of World War II. This could have dangerous implications for the rule of law beyond the region. 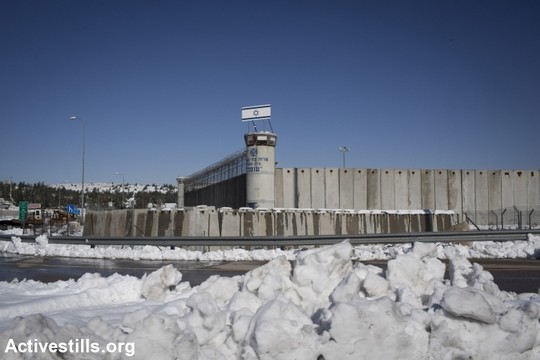 On June 7, 50 years ago, Israeli military forces occupied the West Bank and imposed martial law over the Palestinian population living in the territory. At the time, this measure was legal under the Fourth Geneva Convention (the Convention) which permits the use of martial law under specific circumstances and on a temporary basis. To this day, the military authorities continue to rely on the Convention as the jurisdictional basis and justification for prosecuting Palestinian civilians under military law.

Once martial law was established, Major General Haim Herzog, the military commander in the West Bank at the time, started issuing military orders regulating the lives of Palestinians living in the territory. Fifty years on there are almost 1,800 orders, many of which were initially only available in Hebrew. The military orders cover a wide range of subjects including murder, weapon possession, membership of banned organizations, throwing objects including stones, participating in a political assembly, vigil or procession of more than 10 persons, entering Israel without a permit, traffic control orders, land usage, zoning and construction.

Since its inception, the military detention system has been dogged by allegations of systematic abuse and denial of legal rights guaranteed under the applicable law. Concerns have been raised by UN General-Secretaries, UN agencies, the U.S. State Department, members of the U.S. Congress, the EU, governments of the U.K., Norway, the Netherlands and Australia, independent lawyer groups, as well as Palestinian and Israeli organizations. In 2013, UNICEF published a report which concluded that “the ill-treatment of children who come in contact with the military detention system appears to be widespread, systematic and institutionalized.” While some changes have been implemented, the level of complaint remains largely unchanged.

Once convicted and imprisoned, the overwhelming majority of Palestinians serve their sentences in prisons located inside Israel, in breach of article 76 of the Convention which mandates that military courts and prisons must be located in occupied territory. This requirement is considered sufficiently important that its breach is classified as a war crime under international law; be that as it may, the Israeli Prison Service reports that 84 percent of Palestinian prisoners continue to serve their sentences outside the West Bank. 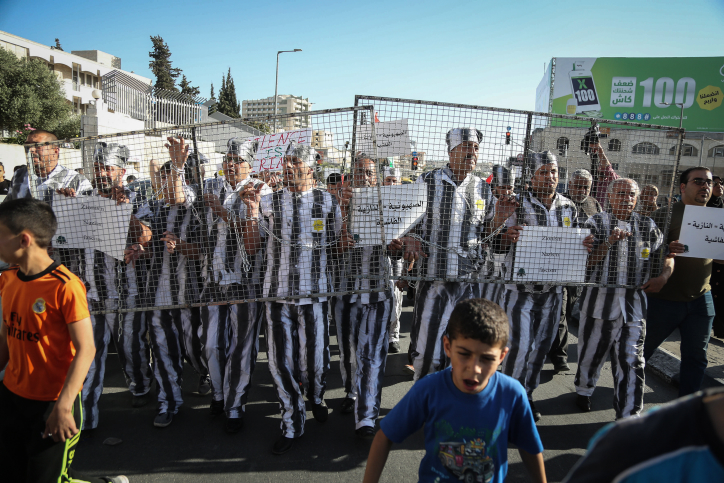 Palestinians take part in a protest in support of Palestinian prisoners on hunger strike in Israeli jails, in the West Bank city of Bethlehem, May 4, 2017. (Flash90)

Since the first Israeli settlement was constructed in the West Bank in September 1967, Israel has sought to justify the policy on the grounds that the Convention has no de jure application due to a lack of clear sovereignty over the territory prior to 1967. While this attempt to justify settlement construction has been universally rejected, it also contradicts the arguments used by the military to justify imposing martial law and prosecuting Palestinian civilians in military courts. The danger is that this policy of cherry-picking legal obligations also undermines the credibility of the international legal order established in the aftermath of the Second World War — with potentially dangerous implications for the rule of law extending well beyond the region.

While there is no authoritative legal statement as to whether the occupation is still legal after 50 years, its duration, the construction of settlements and the acquisition of natural resources by Israel all suggest that the situation has, at some point, morphed into a de facto annexation in violation of Article 2 of the UN Charter with far reaching and unpredictable consequences.

Gerard Horton is a lawyer and co-founder of Military Court Watch. Gerard has worked on the issue of children detained by the Israeli military and prosecuted in military courts for the past eight years prior to which he practiced as a barrister at the Sydney Bar specializing in commercial and criminal cases.