For a moment, before the familiar flood of mainstream news commentators will completely deny the obvious changes in the new Hamas charter, it’s worth stopping and thinking: If there’s no change at all, why have senior officials been debating the new version for many long months? If everything is empty words, what’s to debate? In reality, what looks like standing water to Israelis and Europeans is nothing less than a whirlpool. Here’s the explanation.

First, a brief note. One can measure the changes in Hamas’s position against its alignment with Israel’s stance, and determine that until Hamas fully accepts Israel’s terms the movement hasn’t changed at all. In this case, the yardstick of progress is its proximity to our position.

But whoever uses this scale as their only metric is trapped in their own way of thinking: they miss the changes taking place within Hamas, and are unable to see the journey the movement has taken from its formation to this new charter. There are many critiques to be raised against Hamas, and the organization should be subject to criticism. But it’s hard to ignore the impressive ideological journey the organization has made over the years.

It’s a journey that began with the Islamic Convention in the summer of 1988, passed through the movement’s platform for the Palestinian Legislative Council elections in 2006, and now arrives on the eve of publication of the movement’s new charter.

Between idealism and reality

Along the way and despite the changes, there has been no major division in the movement. Granted, extremist religious-political movements have emerged in Gaza that are displeased with Hamas’s positions and its method of governing. But despite differences of opinion within Hamas, there has not been a division on ideological or political grounds. Maintaining a common framework requires Hamas to compromise and alter its ideological platform. It’s easy to discern tensions, contradictions and ambiguities in the new charter, and I’ll discuss some of these below. 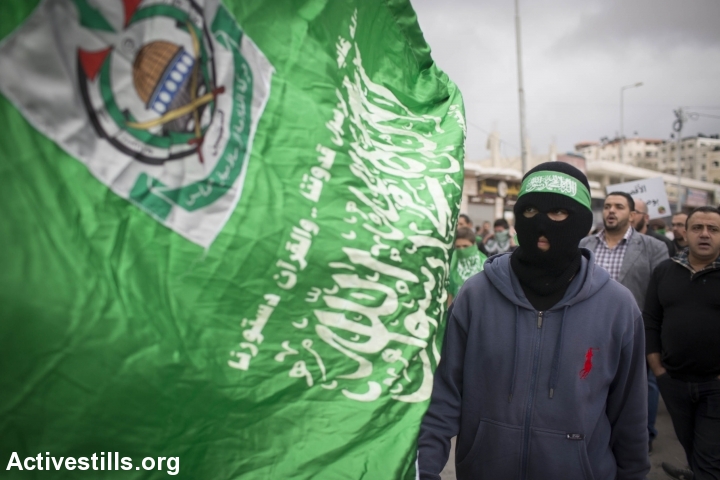 A Palestinian holds a Hamas flag during a rally of supporters of the Hamas movement against the restrictions on the Al-Aqsa mosque compound, at the Qalandia checkpoint between Ramallah and Jerusalem City, on October 31, 2014.

The original Islamic Charter is a fervent and sweeping religious-fundamentalist document. It is one-dimensional and relies on numerous quotations from the Quran. This charter doesn’t distinguish between prophecy and reality, or between the present and the future. Everything can be achieved through jihad, and fulfilling the commandments of Islam and jihad is the central mission.

The party platform, on the other hand, is a plan of action that addresses the here and now with no reference to theology. The 1988 Islamic Charter is addressed to the Islamic and Arabic world, while the party platform deals only with the Palestinian context, addressing Palestinian society as it really exists rather than as an ideal being sought. The platform is a policy document and does not present Islam as a miraculous solution that contains all of the answers.

Unlike the 1988 Islamic Charter, which established Hamas as an alternative to the PLO (which, according to the Charter, had run its course), the new charter wants to preserve the PLO as a national framework into which Hamas can integrate and exert its influence.

Moreover, the 1998 Charter presents Hamas as related to the international movement of the Muslim Brotherhood, while the new charter declares that Hamas is “a Palestinian-Islamic national liberation and resistance movement” that doesn’t want to interfere in other national liberation struggles. In other words, Hamas doesn’t intend on supporting the Muslim Brotherhood in their struggle against the rule of Sisi in neighboring Egypt.

Distinguishing between Judaism and Zionism

In order to actually understand the journey made by Hamas since 1988, it’s useful to compare the organization to the PLO. The PLO changed the Palestinian National Charter in 1968 when it became a coalition organization led by Fatah. Almost 30 years later, in 1996, the PLO grit its teeth and cancelled most of the articles of the Charter, but refrained from producing a new document.

There’s more. Unlike Hamas, the PLO has avoided public admission of the irrelevance of their charter. The 1988 Palestinian Declaration of Independence, an undeniable deviation from the National Charter, entirely ignores the founding document of the organization and does not include it as one of the sources of the Declaration. The PLO preferred to ignore this document; Hamas, on the other hand, responded without hesitation by acknowledging that change was in order. 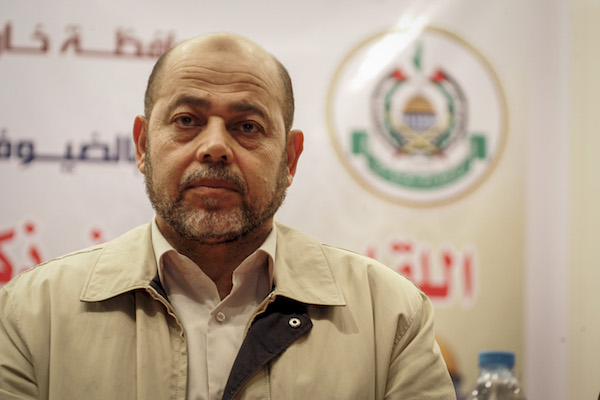 Indeed, the changes made by the PLO are in some ways much more radical than those now proposed by Hamas. Nevertheless, one must appreciate the willingness to admit the need to change, coming from a movement that attributes religious and political significance to texts and ideology.

As a religious movement based on sacred texts and written tradition, Hamas takes words seriously. The movement seeks to anchor its development in religious texts, and to express in words its current outlook. Unlike pragmatist parties who prioritize action and aren’t afraid to deviate from a platform, Hamas wants its words to align with its actions.

Senior Hamas figures first announced that they were in principle ready to change the charter in 2006. Now, Hamas is doing so while simultaneously renouncing one of the main tenets of the Islamic Charter: viewing Jews as a religious and national enemy, and condemning them. In the new charter, Hamas explicitly distinguishes between Zionism and Judaism. The movement’s struggle is not, as it has declared in the past, against Judaism, but against the Zionist project and the occupation. And for Hamas it is a bitter struggle.

Unlike the PLO, which in 1988 had already accepted the ’47 partition resolution and implicitly accepts the existence of Israel as a Jewish state, Hamas’s new charter rejects “from the beginning” the Balfour Declaration and the legitimacy of the existence of the State of Israel. Yet this statement contradicts another section of the new charter, where Hamas indicates a willingness to accept a Palestinian state on all of the 1967 territories.

Hamas makes clear in its new charter that an acceptance of a state within the 1967 borders does not constitute a recognition of the Zionist entity, nor a relinquishment of any Palestinian national rights, including the return of refugees and the right to liberate Palestine in its entirety. 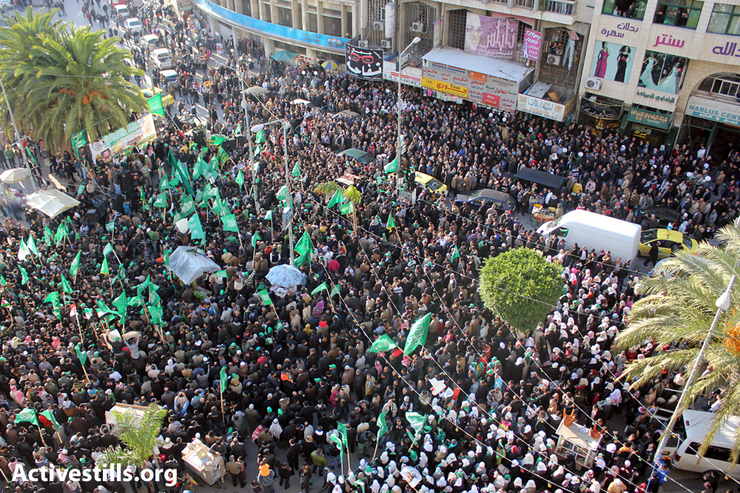 In other words, Hamas isn’t positioning itself to sign an agreement with Israel based on mutual final claims. However, Hamas’s charter indicates that a state across all the 1967 territories, including Jerusalem, is a potential framework for the creation of a national agreement with Fatah. How can one reconcile between the Fatah government and its practice of political compromise with Israel, the pursuit of an agreement based on mutual claims, and the positions of Hamas’s new charter?

There are other contradictions evident in the leaked document. According to the new charter “resistance,” i.e. armed struggle, is a strategic choice and not a tactic. Yet at the same time Hamas states that armed struggle must be managed in stages, and “within the management of the struggle” – that is, subject to tactical considerations. The charter also fails to clarify how Hamas plans to achieve a state within ’67 borders without a political process.

Moreover, the new charter states that the liberation of Palestinian is a duty of Arab and Islamic nations, and that the movement rejects any state-building effort that relinquishes any one of the rights of the Palestinian people. These are ideological declarations and unrealistic ambitions in light of the Arab world’s devotion to the Arab League’s 2002 peace plan, and at a time when Israel’s two neighbors, Jordan and Egypt, have signed peace treaties with Israel.

In the middle of Operation Protective Edge, Khaled Mashal held two long talks with Mahmoud Abbas on behalf of Hamas, mediated by Qatar’s ruler. In these talks, Mashal gave Abbas the go-ahead to negotiate a state within the ’67 borders with Israel.

The implication was that if Abbas presented a permanent status agreement with Israel that included a Palestinian state within the 1967 borders, in line with the Arab League’s plan, it’s likely that Hamas would accept the new reality as it did in 1994. Then, Hamas recognized the jurisdiction of the Palestinian Authority rather than rebelling against it, and it did so again in 2006 when it ran candidates in the PA Legislative Council elections. This recognition came despite the fact that from Hamas’ perspective the PA and its institutions were founded in sin, on the grounds of the Oslo Accords that Hamas so strongly attacked.

The new charter enshrines into a foundational document the political framework that Mashal has given Fatah, while trying to maintain ideological purity. The leaked points from the new charter allow both extremists and moderates in Hamas to adhere to a common framework. Despite the rigidity of some of the clauses in the document, it’s important to remember that this is a dynamic movement, which isn’t averse to shifting its ideology. The dynamism that characterizes the movement indicates that this document probably isn’t the last stop on its ideological journey.