Up against extraordinarily harsh diplomatic pressure from its closest allies, Israel seems to have found a way to save face without creating too much of a fuss — at least temporarily. 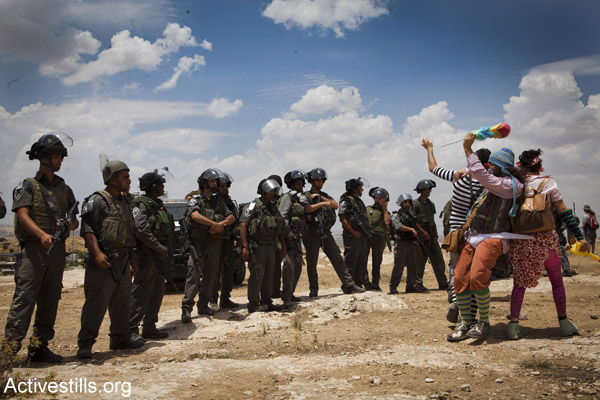 Members of the ‘Clown Army’ confront Israeli security forces during a solidarity protest in the Palestinian village of Susya, June 22, 2012. (Photo by Oren Ziv/Activestills.org)

With more or less the entire Western world warning Israel not to demolish the Palestinian village of Susya and forcefully displace its residents, it is no surprise that the Israeli army might be seeking a way to climb down the tree it is stuck on.

So how does one announce that it might not demolish that village which it has been claiming for years has no right to exist? As a first step, you might look for an internal document you discarded years ago, one that argues the residents of Susya do actually own the land from which you want to expel them, and then leak it to the press.

That is exactly what it appears the army is doing. Somebody in the Israeli Defense Ministry leaked such a document to Haaretz over the weekend. The document reportedly says that Susya’s residents own the land they live on, a fact that would make forcefully transferring them elsewhere more difficult.

The U.S. State Department, most European Union foreign ministers, the United Nations and hundreds of activists have all joined a very public campaign to save the impoverished village in recent weeks. It is hard to remember such harsh language from Israel’s closest allies about such a specific policy in recent years.

Last month every single EU head of mission went to the village on a solidarity visit. Last week, a State Department spokesperson warned Israel that following through with its plans would be a “provocation” and that it would “set a damaging standard for displacement and land confiscation, particularly given settlement-related activity in the area.”

This past weekend, over 500 Palestinian, Israeli and international activists descended upon the South Hebron Hills hamlet to protest plans to demolish it. 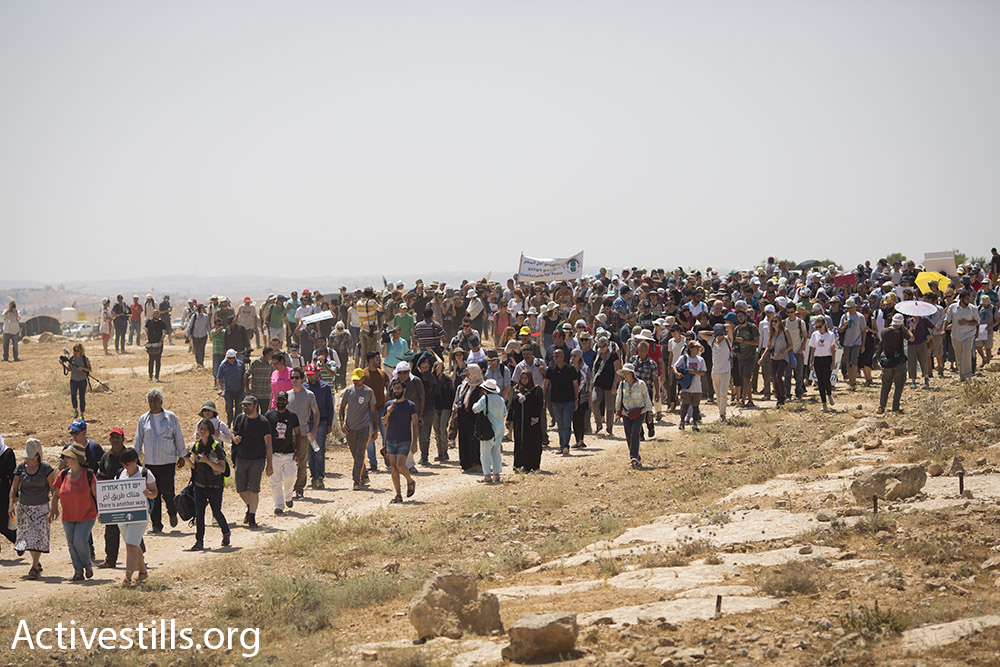 Speaking at the rally, Palestinian MP Mustafa Barghoutti highlighted the effect that international pressure can have, as evidenced by the case of Susya.

“Combining popular resistance on the ground, international solidarity and boycott, divestment and sanctions against Israeli policies,” Barghoutti said,“is very productive and very effective at this stage.”

The Israeli army document that shows Susya’s residents own their land is not a reversal of policy, but whoever leaked it is trying to guide policy makers down the tree in which they are sitting.

The Israeli government and army will not simply admit they were wrong this whole time. There will be no recognition that Palestinians have a right to settle and live on their own land, be it “state” land or privately owned land. (What Israel calls “state” land belongs to the nascent State of Palestine, not to Israel.)

The state will not grant building permits or provide electricity and water either Susya or the dozens of other Palestinian villages in the South Hebron Hills and Jordan Valley facing demolition and forced displacement. But now that it has a technical reason to not demolish Susya, Israel can at least justify putting off doing so until the High Court of Justice rules on the matter.

Two months ago a High Court justice, who happens to be a West Bank settler himself, refused to issue an injunction against the demolition while Susya’s case is pending in Israel’s top court.

Susya’s residents were told the demolitions would take place after the Muslim holy month of Ramadan,  and military bulldozers have been parked outside of the village for some weeks now. 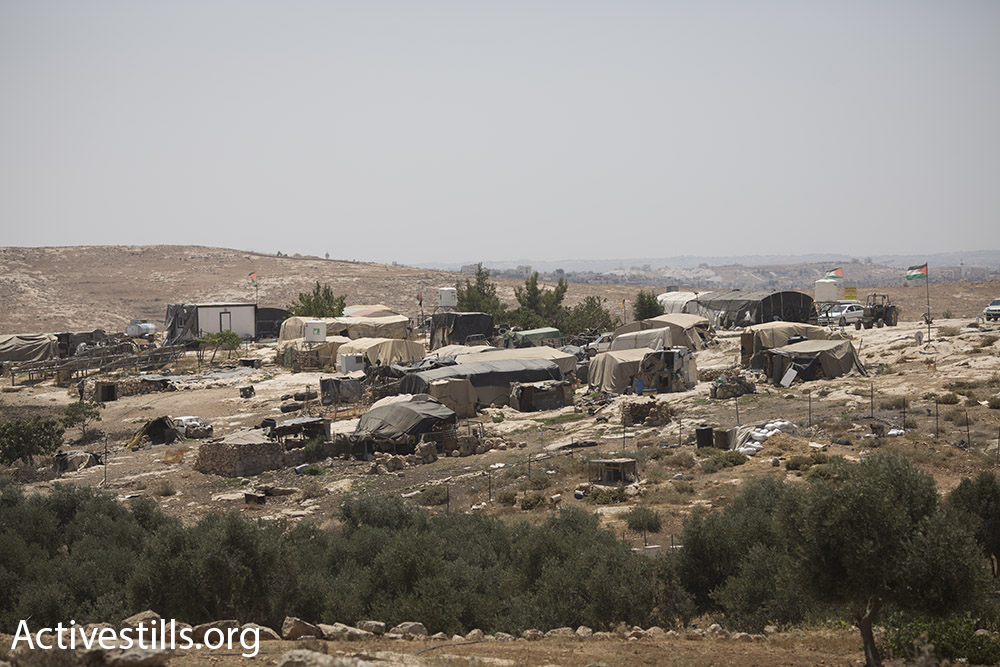