I’m somewhat of a fool for excruciatingly bad Hasbara videos, but this one surely takes the cake:

From this video, we learn “Israel” is massively paranoid, even somewhat hysterical, believing edited second-hand evidence from biased sources (IDF spokesman’s video from the flotilla), suspicious of people trying to help her and storming out of treatment – so far so true. Apart from making rather poorly judged use of the experience of real women with real trauma, the July 1st video is also ridiculously sexist; beginning with the cheap camera-pan up the actress’s legs and ending with the fact it was first posted on Youtube a day earlier, under the title “Sex with the Psychologist”. 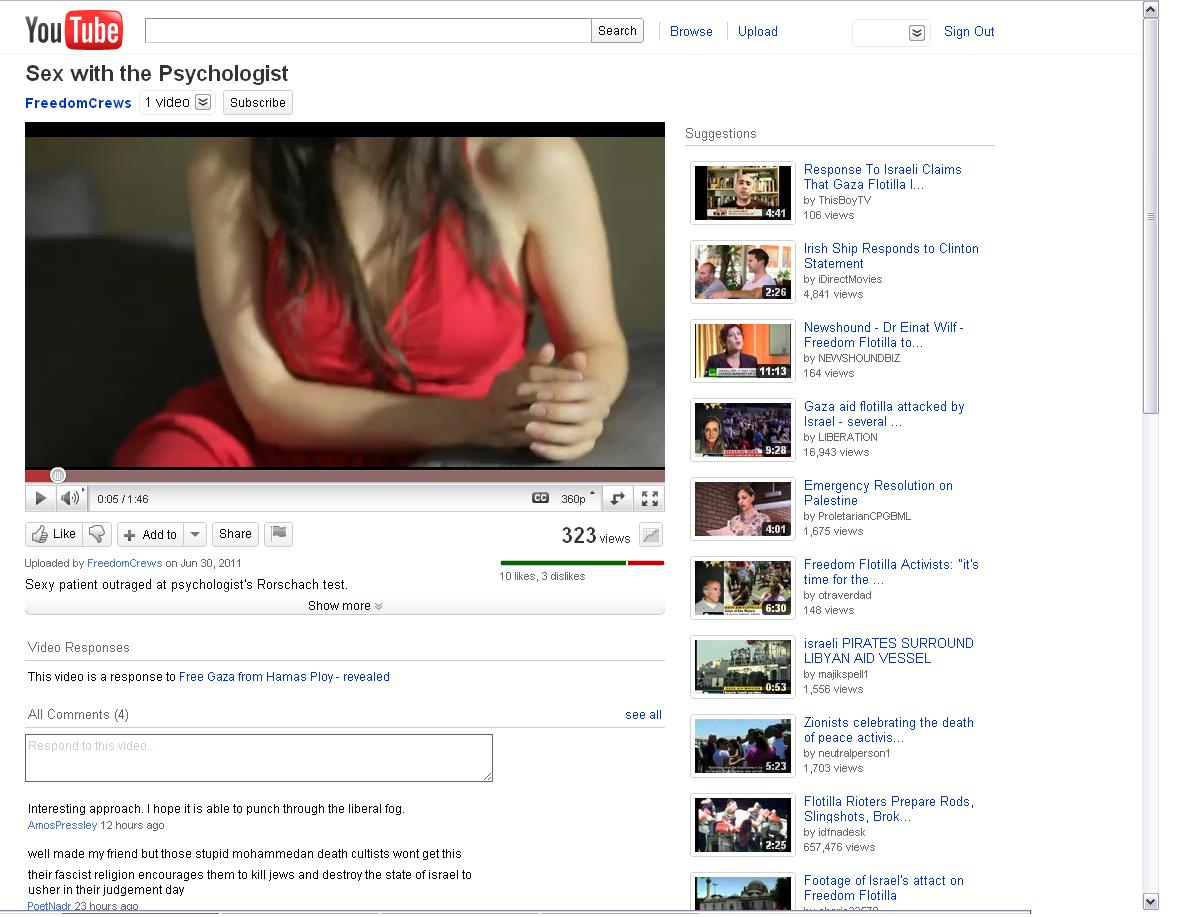 Is this for real? Your guess is as good as mine. This is so embarrassingly counterproductive one feels it simply has to be satire. But then again, so is our foreign policy.

Update: The actress is Tel Aviv based Aimee Neistat. Neistat confirmed to +972 it was her in the video, but declined to say who was behind it, and offered no comment on whether this was a government project. However, +972 was able to confirm through a source with knowledge of the actress’ engagement that the gig was indeed described at the time as a Hasbara video commissioned by the government. It’s unclear whether this was specifically the Information Ministry – we’ll confirm as soon as we get their response.

Update III: The Information Ministry released its somewhat oblique comment on the issue. Read it here.