Why don’t most of Israelis know this music that has been passed down from generation to generation? How open are we to a culture that seems so far away from us, despite the fact that it is just across the street? 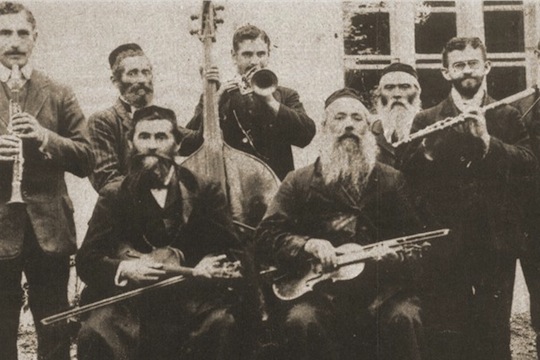 He dances like Madonna, dresses like Lady Gaga and has more glasses than Sir Elton John. He’s Lipa Schmeltzer. Heard of him?

Lipa is the outlier who proves the rule, and the rule is very simple: the non-Haredi public in Israel is almost entirely oblivious to the music that Haredim (ultra-Orthodox Jews) listen to, or as it is archaically and non-representatively called, “Hasidic music.” We’ve heard music from the faraway jungles of Bolivia, know well the history of reggae and record new versions of piyutim (Jewish liturgical poetry usually sung, chanted or recited during religious services) whenever we get the chance. But there is an entire musical culture here, two streets away, that is hidden from our view and our consciousness.

What is “Hasidic music?” There is a certain logic in the name. The music became a central part of the Hasidic community, out of an entrenched belief in the healing power of music and its ability to influence the world. For the first time since the days of the Levis and the Holy Temple, music was given a place in Judaism. Among the Hasidic Jews, the melody is imbued with a central religious significance, as opposed to the lyrics (and opposed to the Mizrahi community in which new piyutim were continued to be written). If in the Mizrahi communities, the lyrics were central and the music could have been lifted from an Arab-language movie, in the Hasidic community, the “nigun” (largely improvised Jewish spiritual songs), took center stage.

It is a bit difficult to speaks of “Hasidic music” today. The music heard in the streets of the haredi community, in the yeshivas and the radio stations are rooted in different and diverse genres. The classic genre, less well-known among the non-haredim, are the Hasidic nigunim from the Hasidic dynasty itself. These are original nigunim that were passed on from generation to generation, and today are being rereleased in Haredi communities, in piyut festivals and by the artists that perform them. These songs are the Ashkenazi piyutim, and one can definitely classify them as Hasidic music.

Discussing religious music gave legitimacy to discussing music itself, even when the nigun was no longer Hasidic or created in the hatzerim of the Admorim. It seems that the years of an almost mystic attitude toward the music gave Hasidic music legitimacy. This led to the creation of other styles of music among the haredi public. One of the most popular forms today is Hasidic pop, led by singers such as Avraham Fried and Yaakov Shwekey.

Yaakov Shwekey’s medley from a 2010 performance in Israel:

Both Fried and Shwaki live in the United States, but their concerts in Israel sell out both the Caesarea Amphitheater and Tel Aviv’s Nokia Stadium in Tel Aviv. Both of them sing in a distinct Ashkenazi accent, sometimes too distinct. We’ll come back to that later.

Another fascinating musical direction among the Haredi community is Mizarhi Haredi music, which began as covers of popular Mizrahi music, and has developed into its own genre. In an interview with Yedioth Ahronoth, Aviad Gil talks about the new direction: “There began a trend of taking secular Mizrahi songs and turning them into religious ones, “Balbeli Oto” (“Confuse Him”) turned into “Al Titbabel Achi” (“Don’t Be Confused, Brother”), “Doctor, Tatzil Oti” (“Doctor, Save Me”) turned into “Rabbi, Tatzil Oti…”Later on, Mizrahi Haredi artists began performing piyutim along with their original material.

Although each one of these styles deserves its own article, they all share one common denominator: their target audience – haredim. As opposed to the conservative haredi community, the music it listens to points to openness and familiarity with different genres, including pop, rock, Mizrahi and more. Some of the songs might even sound familiar to us.

So why don’t most of us know this music? What causes us to hesitate? Is it because of the Ashkenazi accent that doesn’t allow the average Israeli to understand what is being sung? Is it because of the “ghetto” where most of this music is listened to (only on haredi radio stations)? Is there a relationship between the fact that the haredi public is thought of as the most hated sector in Israel? (57 percent of the Israeli public believes the Haredim are the most hated group in Israel, according to the latest Gesher poll). Perhaps it stems from a fear among some of the return to the archaic, diasporic Jew? Or maybe the music just isn’t good enough.

“Haredi identity will always be thought of as coming from beyond the dark mountains,” says Yair Ettinger, who covers Haredi affairs for Haaretz. “Even though there are exceptions and some songs were able to make it into the mainstream, such as “Mashiach, Mashiach” (“Messiah, Messiah”), this only happened through the national religious community which adopted these songs and brought them to the wider Israeli public. The Hungarian/Polish/Ashkenazi accent strengthens the sense of “otherness” of this sector, as the failed attempts by some singers to find success among Israelis show, again, due to their foreign accent. Ettinger says that a concerted effort was made to create high-level productions of original Hasidic nighnum, in which large sums of money would be spent on quality sound and large orchestras (especially the ones popular with the haredi public). One of these productions is the series “L’Chaim Tisch”:

“I believe that it will still happen,” says Ettinger, “today, the people who are interested in these nigunim are academics – the issue is anthropological. But in the future, people will understand the quality of Hasidic nigunim. At the end of the day, the nigun is the world they were raised in – they are second to none in this regard.”

It is likely that it is easier for us to accept haredi or Hasidic music when it is served in a familiar framework. When Gidi Gov sang “Ya’ale V’Yavo” or Uzi Chitman did a rendition of “Adon Olam,” the Israeli public received it without any problems. The Chasidic Song Festival was part of the Israeli consensus, but we must remember that haredim did not participate, and the attitude toward the Hasidic world was a mix of condescension, love and hate.

Even today, there is a chance of hearing Ehud Banai’s version of Hasidut Karlin nigun on Army Radio. However, we will never hear the original version. When the language is indecipherable, and the person singing is Hasidic with peyot, the chance that it will make it to a large audience is near zero.

But this is not necessarily true for other kinds of music. It’s considered cool to listen to Riff Cohen even though we don’t know a single word in French, our senses go wild when we dance to Balkan music, despite not knowing what is actually going on over there. We are left to ask ourselves: how open are we to a culture that is so far away from us, despite the fact that it is just across the street – the kind of culture that is not presented anthropologically, like a museum exhibit on Hasidic Jews, – but rather that very living, breathing culture.

This issue brings up a basic question regarding our attitudes toward the music and cultures that we seek: are we able to judge music or any other cultural item solely based on criteria of quality or even enjoyment, or is it impossible to disconnect from our deeply ingrained social perceptions, whether conscious or unconscious?

Merav Livneh-Dill is a project manager of Jewish culture and education. This post first appeared in Hebrew on Café Gibraltar.