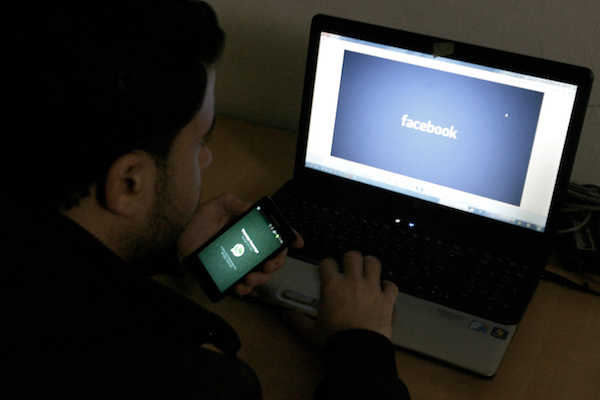 Hate speech, derogatory statements, and calls for violence against Palestinians are posted on Israeli social media every 71 seconds, according to a report published this week by 7amleh (pronounced Hamleh), the Arab Center for the Advancement of Social Media.

One out of nine social media posts about Palestinians in Hebrew contain calls to violence or curses, according to the 2017 “Index of racism and incitement in Israeli social networks against Arabs and Palestinians,” which 7amleh says was developed by monitoring violent and inciting rhetoric according to a list of 100 keywords of expressions, names, and personalities in Hebrew. Some 50,000 Israeli social media users published at least one post that contained “incitement” against Palestinians, according to the index.

Headquartered in Haifa, 7amleh provides social media training for Palestinian activists in Israel, Gaza and the West Bank and advocates for greater internet access and for the protection of Palestinian freedom of expression online.

The group’s use of the term “incitement,” which can be a crime in Israel, is intended to draw attention to the asymmetry in the way Israeli authorities treat violent speech on social media. Hundreds of Palestinians — in Israel and in the occupied territories — have been arrested and jailed for posts deemed incitement, while comparatively few Israeli Jews have faced similar charges. 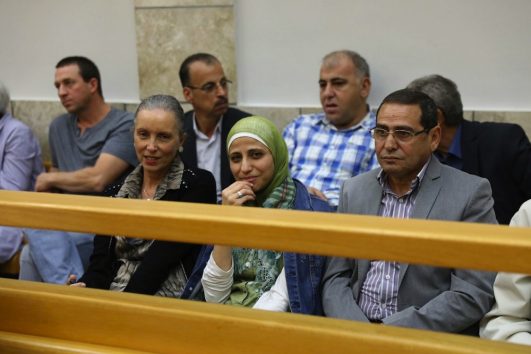 Notable cases of Palestinians arrested and prosecuted for social media incitement include Dareen Tatour and Nariman Tamimi. Israeli police arrested 34-year-old Palestinian poet Dareen Tatour in October of 2015 for a poem and several statuses she posted on Facebook. Charged with incitement to violence and identifying with a terrorist organization, Tatour has thus far spent over two years in prison and under house arrest — and she has yet to be convicted of a crime.

Nariman Tamimi, mother of teenaged Ahed Tamimi, was charged with incitement in an Israeli military court for livestreaming the now-famous video of her daughter’s attempt to push two armed Israeli soldiers off of the porch of the family’s home. Nariman was denied bail and, like her daughter, will remain in prison until the end of her trial.

Palestinian political figures — both members of Knesset and Fatah and Hamas leaders — were most often the targets of violent social media content, 7amleh found. Joint List MKs Ahmad Tibi and Haneen Zoabi received the most online hate: 40,000 and 35,000 posts respectively.

Nadim Nashif, 7amleh’s executive director, said that the group’s research “exposes Facebook’s complicity in perpetuating the double standards of the Israeli government of silencing and shutting down Palestinian content whilst allowing for the spread of Israeli incitement.”

“Furthermore,” Nashif continued, “the Israeli government fails to hold any Israeli accountable for online violence while at the same time it jails hundreds of Palestinians based on this unfounded claim of incitement.”

According to data published by Facebook, the social media company restricted access to 472 posts at the request of the Israeli government.