About two weeks ago, the Supreme Court, sitting as the High Court of Justice, rejected an appeal by the Yesh Din NGO against the activities of quarries in the West Bank. Such quarrying seems to contradict international law, which forbids the exploitation of the resources of an occupied territory. The High Court, led by outgoing President Dorit Beinisch, rejected the appeal, citing some pretty strange reasons (read the decision in full here). One was that the quarrying has been going on for some 40 years, prompting the court to wonder why the petition was filed only recently, in 2009. Which means that yes, there’s exploitation, but it’s been going for quite some time, so that supposedly makes it fine. Another reason was that the quarrying is actually helpful to the Palestinian economy – which ignored the acknowledged fact that 94 percent of quarried stone and sand are exported directly to Israel.

The court made the absurd claim that according to the Oslo Accords, Israel is allowed to continue quarrying in the territories until a final settlement is reached. It did so while conveniently ignoring the fact that the Accords had an expiration date: May 1999. Almost 13 years have passed since, no final agreement was reached and none is foreseeable. The government of Israel – whose argument was accepted by the court – actually keeps saying that no such agreement will be reached. As for the Accords themselves, a long list of senior Israeli officials, prominent among them former Prime Minister Ariel Sharon, have publicly said it is dead, it has expired, bought a farm, joined the choir invisible. Furthermore, as Yesh Din notes (Hebrew), “International law expressly says that representatives of protected persons (residents of an occupied territory) may not renounce their secured rights (article 7 of the Fourth Geneva Convention).” (Actually, this seems to be Article 8.) 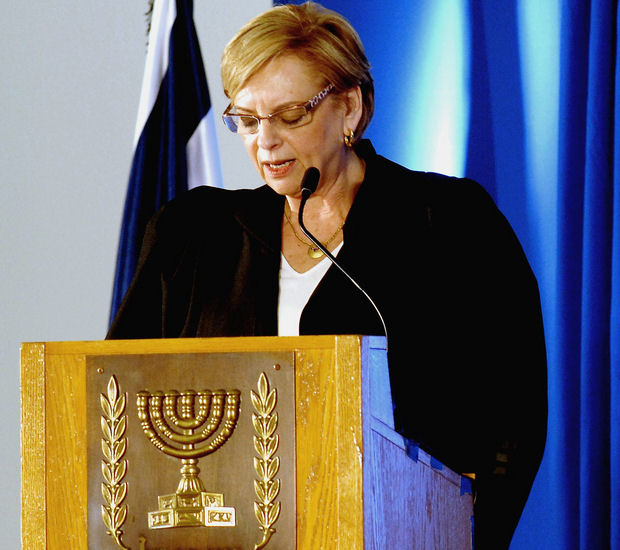 Absurd? Perhaps not. The High Court further said that we must consider the fact that the occupation is “prolonged” and that we cannot freeze economic activity in the occupied territory until the occupation ends. This seems to be the first time since 1967 that the High Court retreats slightly from its concept of “held territory”, which it used until now, and actually updates it in accordance with reality. Its decision changes the status of the occupation from a temporary phenomenon – as a result of its temporariness we may, temporarily, suspend the rights of the local residents, since the “final settlement” will be soon upon us, though it may tarry – to the normal state of being.

Which is somewhat revolutionary, as the whole concept of occupation, in international law, is that it should be temporary, and as short as possible. The occupation of Nazi Germany and militaristic Japan, two marauding nations which were the worse danger to humanity aside from the Soviet Union, ended seven years after it began; The Israeli occupation of the West Bank, the Gaza Strip and the Syrian Heights (which was annexed in 1981) will soon celebrate its 45th holiday. It is hard to see such a prolonged occupation, under which most of the residents of the occupied territories were born, as anything but an annexation. And it’s a good thing that the Supreme Court begins, belatedly, to recognize reality.

But wait. The High Court recently made another, related, ruling. Last week, it rejected yet another appeal against the Citizenship Law. This law, voted in during the height of suicide terrorist attacks in 2003 as a temporary measure, forbids the residents of the West Bank from becoming Israeli citizens, even if they marry Israelis. The main victims, naturally, are Israeli Palestinians, who are prevented from marrying Palestinians residing in the West Bank. Or, rather, they can marry them – but such marriages will not grant their spouses Israeli citizenship or even residency. The majority ruled that while Israeli Palestinians do enjoy the right to create a family, which they affirmed to be a basic right, that right does not have to be exercised in Israel. You don’t say. I wonder how Justice Naor, who wrote this phrase, would view a decision saying that while she certainly has a legal right, as a woman, to equality, she is politely asked to exercise it in another country. One imagines she might have some objections.

So, when it comes to the exploitation of the territories, the High Court permits it because the occupation is now “prolonged”; But when it has to decide whether Israeli Palestinians have the right to pursue happiness, it rejects it because of a temporary measure (prolonged time and time again), and says that, yes, they have rights – but the government may revoke them.

Which is to say that the occupation is eternal, as is the second-class status of Israeli Palestinians. Israel can keep pillaging the West Bank as if it has been annexed, as if it and the West Bank are one undivided territory, it may go on transferring settlers to the West Bank, and at the same time deny the right of Palestinians to move outside their designated zones. Journalist Amira Hass already noted that as far as Israel is concerned, there are four classes of Palestinians, each with its own limited rights: Israeli Palestinians, who are almost citizens but, the High Court says, should seek their rights in some other country; Palestinians residing in Jerusalem, who enjoy (rapidly vanishing) residency rights; Palestinians residing in the West Bank, who live under military law; and Gazans, the most screwed of the lot, who receive the military occupation package deal + economic siege + drone attacks + particularly careless artillery fire.

So, according to the High Court, what was once Mandatory Palestine is now inhabited by a religious group that has all the rights and by an ethnic group – which coincidentally, happens to be the indigent people – most of whose rights have been denied. So, next time someone asks you why you think Israel is an apartheid state, tell them the highest court in the land said so.