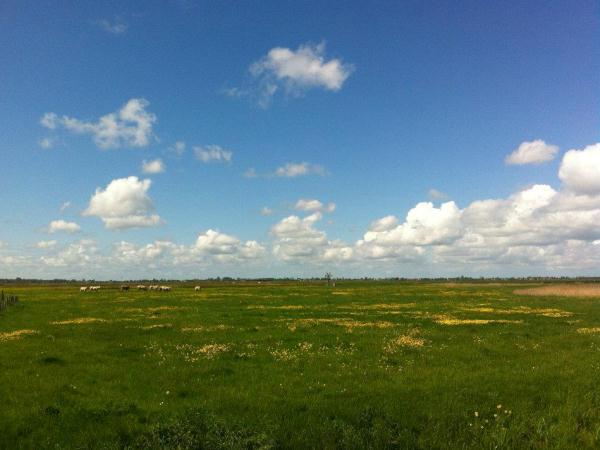 It was 2:00 AM when we arrived at St. Pancras station. 2:00 AM London time is 4:00 AM Tel Aviv time, and we were certainly still on Tel Aviv time. In a way, we were still in Tel Aviv altogether, or perhaps somewhere in between the two – in the cold sky over Bulgaria or Slovakia. The soul is said to be chasing the body when it is taken away by a jet plane. It only catches up with it several days later.

We stepped into a cab and were surprised by how roomy it was, as well as by the fact that it was driven by a lady, an uncommon sight around our own neighborhood. The air outside the cab was chilly and smelled of large trees and fried food, inside was a unique, inimitable, London cab smell. We were in an environment entirely foreign to us yet felt instantly very much at home. For an Ashkenazi Israeli, Europe will always be a home of sorts. The soul of our nation apparently hasn’t yet caught up with Zionism. It is still on its way from the grassy knolls of our grandparents’ homelands, baffled to behold us flying the other direction in Easy Jet planes.

Our longing for Europe’s mix of the familiar and the exotic grows, the more hopeless Israel’s situation becomes. The rise of fascism, the growing disregard for human rights, the gradual disappearance of our freedom of speech, all of these cause concerned young Israelis, whether Ashkenazi or otherwise, to reconsider their future on the soil of the Holy Land and look west.

Israel is losing its educated, concerned young generation to other countries, ironically: mostly to Germany. The new emigrants (let’s call them “newgoers”) are different from emigrants of decades past, termed “Descenders” in Zionist lingo, which views Israel as elevated above the rest of the world. While the descenders of the ’70s and ’80s were motivated for the most part by economic factors, the newgoers are often driven by a dread of Israeli politics and a sense that they no longer belong in Israel. It is a sense that our government gladly reinforces, mainly via supporting legislation that delegitimizes dissent.

By deliberately alienating this public, Netanyahu’s government is causing what I term a “heart-drain.” Israelis who hold a point of view that isn’t entirely tribal, who empathize with those living under the occupation or others wronged by state-sanctioned prejudice and intolerance, Israelis who take an interest in opening difficult historical questions for discussion, are encouraged to leave. If I had a penny for every time I was told to “just pack up and go,” I could buy my own flat in Pimlico.

The cab brought us the the home of the first exile, a friend who is completing his MA in London. His program is to conclude at the end of the year, but he told us he intends to stay out of Israel for another half a dozen years at least. Currently he is staying in a stately college campus in central London. The campus is made up of a single structure which encloses a serene courtyard. Its grand dining room is vaulted by a high, arched ceiling, beneath which a full English breakfast is served to students for the price of an Israeli popsicle. Its bulletin boards advertise an upcoming production of Macbeth, Its windows overlook a stately park, complete with enormous oaks and well tended paths. All in all the place looks like Epcot Center’s Hogwarts pavilion, and I mean that in a good way.

How, I thought, could I console myself for not living this guy’s life? Not only does he reside in such a graceful, calm environment, but he remains an activist by writing, informing, educating and organizing. It is likely that from from his London location, this man is making more of a difference than I do back home, while building a future for himself, somewhere that has an actual future.

The only answer I could find to my question is London itself. I deeply dislike it. It’s too big and too impersonal for my taste. Would I really want to live in a place like that? Nah, I much prefer home, with its abundance of light and excellent salads.

Then, however, came Amsterdam. There we stayed with two friends who are also on a study program, but their neighborhood is filled with Israelis already living and working in the Netherlands “for real.” I love Amsterdam and wouldn’t at all mind living there, despite the fact they never serve you tap water at restaurants and get mad when you ask for it.

I noticed that our Amsterdamer friends light candles on Friday night, something very few young Tel Avivians would do. Life among the gentiles seems to have strengthened their bond with Judaism, recovering some of the harm done to it by the unhealthy politics of the Israeli theocracy. I also noticed that their Israeli neighbors kept popping over for coffee without calling in advance. This sense of community reminded me of Israel in its more socialist incarnation. Prior to the extreme commercialization and Americanization that our society began to experience in the ’90s, such things were commonplace.

Life in the Dutch diaspora seemed so charming and attractive, that I soon began to seek flaws in it. There was no other way to feel at peace with the return ticket folded into my passport. I became critical of our hosts for not hanging out with locals, but then learned that their community is in fact diverse and international, and not at all confined to Hebrew speakers. I reminded myself that Dutch cuisine was disagreeably focused on deep-frying, but after several meals cooked at home, several others consumed at great Indonesian restaurants, and a couple of nice cones of fries, was forced to forsake this thought.

Moreover: Buying ingredients for three rounds of homemade pizzas at the “Albert Heijn” Supermarket, complete with prosciutto and artichokes for toppings and a bottle of Italian wine, cost what the wine alone would have cost back home. No demonstrations were held in Holland last Saturday night, when international “occupy” day brought thousands to the streets of Tel Aviv and to a score other cities around the globe. Holland maintains enough of a just economic system, that no anguish needs be expressed. Even the slums on Amsterdam’s outskirts looked good, and trust me, we went far afield in search of some familiar decrepitude.

We came back to heated arguments full of blame and inacceptence (within 24 hours of landing, someone already called me an “anti-Semite”), to heat and humidity, to MK Michael Ben-Ari’s greeting to the Palestinians on Nakba Day, wishing upon them “Many more Nakbas,” to tales of police brutality on Saturday’s demonstration, to an activist friend – a Hebrew poet deeply invested in local struggles – who met me on Tel Aviv’s promenade and told me: “I’ve been to Berlin, man, I couldn’t believe it, and it turns out I can work from there. I’m going to make it happen. I get a feeling that our last protest action was our swan song. We’re headed for a change.”

Extremism, police brutality and dreams of faraway lands are common the world over, but not everywhere is there an occupation and not everywhere is democracy crumbling. Not every nation state was born as a dream which turned into a nightmare. Though not everyone sees this, this place is a nightmare, where countless individuals are imprisoned without trial, where children are abducted by armed soldiers in the dead of night, where enormous concrete walls engulf villages and towns to maintain fear and humiliation, where multitudes bow to propaganda as if taken over by body snatchers, repeat racist slogans and blindly support violence.

A better life awaits us out on another continent, one where many of us have more tangible roots there than on our native Canaanite soil. A growing number of “deviant Israelis” (myself not included) hold European passports and almost all of us possess linguistic skills that allow swift integration. We may make good newgoers some day.

Yes, but our leaving would hand Netanyahu and his chums such a victory, and besides, we’ll probably always remain on Israel time. Our people were once nomadic, but my bet is that we’ve lost the touch. Our attempt at domestication has left us like like the crow in the old fable, who tried to sing like a nightingale and failed, then no longer remembered how to caw like a crow. An eternal jetlag awaits us if we leave, as well as an undying longing for that land of bright light.