From a Palestinian point of view, Hebron’s sanctity to the Jewish people does not negate the Palestinians’ right to promote their political rights and sovereignty over the world heritage site. 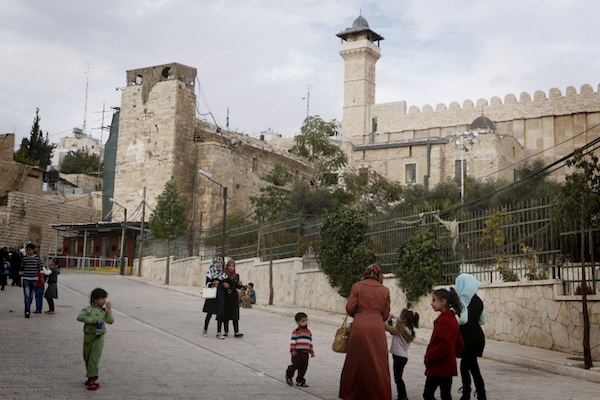 Palestinians walk by the Tomb of the Patriarchs in the occupied West Bank city of Hebron. (Miriam Alster/Flash90)

In recent years, every time UNESCO convenes to discuss world heritage sites, Israel-Palestine is in the limelight.  Usually, tensions center around the Old City of Jerusalem, declared a UNESCO World Heritage Site in Danger in 1982. Recently, however, the Israeli Foreign Ministry began a campaign against the Palestinian nomination of the city of Hebron as a World Heritage Site. Though Hebron is not Jerusalem, Israel’s claims to the place sound pretty much the same: a national and religious connection to the Cave of the Patriarchs which is based on the city’s status as a sacred site from Biblical times. Names such as Abraham and King David — who made Hebron his first capital for seven years before conquering Jerusalem — are proclaimed in connection to the city with requisite pathos.

The discussion about recognizing  Hebron as a World Heritage Site will take place during the meeting of the UNESCO World Heritage Committee in Krakow, Poland from July 2 to 12. The Palestinians propose recognizing the Tomb of the Patriarchs and Hebron as a World Heritage Site because of the city’s rich 6,000 year-old history. Like the Israelis, the Palestinians also revere the tombs of the Matriarchs and the Patriarchs — Abraham, Isaac and Jacob, Sarah, Rebecca and Leah. They note that the present structure of the Cave of the Patriarchs dates to the time of Herod — a tradition accepted by all sides, but that is yet to be verified by archeologists. Both the Palestinians and the Israelis agree that Hebron had a Christian presence in the Byzantine period, that the city was conquered by the Muslims and the Crusaders, and that it was again conquered by Salah ad-Din in the 12th century during which time the tomb was modified and additional sections were added. All these are agreed upon by both sides.

Among the Israeli public, the importance of Hebron in Jewish tradition is often emphasized in addition to the fact that for 700 years (from the 13th century until 1967) Jews were not permitted to enter the site. Palestinians point to the sanctity of the city in Islam. Notwithstanding the unresolved debate over whether Hebron is the fourth holiest city in Islam, its religious importance in the region between the sea and the Jordan River is undisputed: from the 13th century onward, Hebron was considered the second most important holy city in the Holy Land. For hundreds of years, the person in charge of the “two sacred sites”: the Haram al-Sharif in Jerusalem (the mosques on the Temple Mount) and the Ibrahimi Mosque/Tomb of the Patriarchs in Hebron was a senior figure. During the Mamluk period, responsibility for the Tomb of the Patriarch was in the hands of the regional emirs and later by heads of the important families in Jerusalem.

A comparison between the Jewish and Muslim stories in Hebron raises many similarities as well as the recognition that the place is of great importance to both sides. The debate between Israelis and Palestinians is not whether Hebron is important or worthy of being a World Heritage Site, but who holds it in higher regard. Is it more Muslim or more Jewish? Another difficult point of contention relates to the question of which political entity will the international community declare to be sovereign at the site? Will the Tomb of the Patriarchs be in Palestine or in Israel?

In 2011, UNESCO recognized Palestine as a state and since then the Palestinians have been able to nominate sites in the West Bank to the organization’s professional committees who determine which sites qualify as a “World Heritage Site.” For the international community, Hebron is in occupied territory and is an inseparable part of the Palestinian state. From a Palestinian point of view, the Palestinian Authority’s use of UN institutions is legitimate and even necessary. It is a win-win situation in which they stand to gain both international recognition of local heritage and tradition, along with political recognition of their national rights in the West Bank. From a Palestinian point of view, Hebron’s sanctity to the Jewish people and the fact that the “Matriarchs and Patriarchs of the Hebrew nation” are buried there do not negate the Palestinians’ right to promote their political rights and sovereignty over this world heritage site.

Israel, signatory to the UNESCO World Heritage Convention, is committed to respecting the heritage sites of neighboring countries. Hebron’s inclusion in the list of world heritage sites means that the establishment of a security post, a modification to the entrance to the compound, or denial of prayer will be considered a violation of the heritage site of a neighboring state. Moreover, recognition will require the international community to try to protect the site from harm, not by means of army troops, but rather by the tools at its disposal — demanding that Israel respect the treaties to which it is signatory.

There is no need to elaborate on the harsh reality of Palestinian life in Hebron. In such a context, the least the Palestinians can do to restore, even slightly, the respect and recognition of their rights in the city is to ask the international community to recognize Hebron as a World Heritage Site. Israel will probably continue to ignore the Palestinians and their heritage, but with international recognition, this could be a bit more difficult.

Yonathan Mizrachi is an archaeologist and director of the organization Emek Shaveh. A version of this article also appears in Hebrew on Local Call. Read it here. 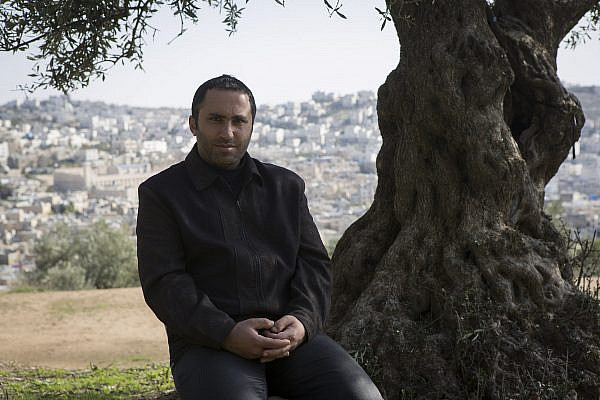