You claim to support peace, but your words imply that Palestinian lives are less valuable to you than Israeli lives. I implore you: please do better. 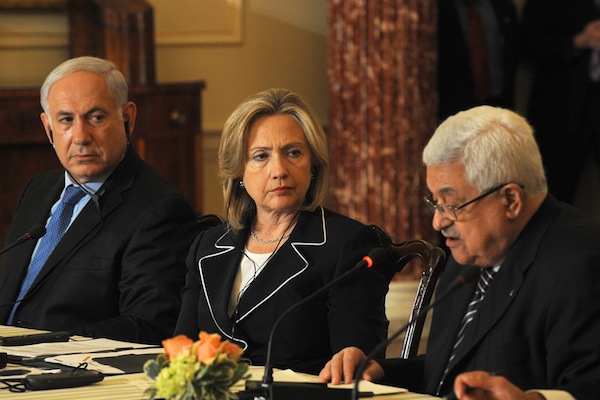 I have faith that you want to stand with the Jewish people as we work toward peace with the Palestinians. But your recent article in The Forward did exactly the opposite.

You glorified Israel without mentioning its nearly 50-year-old military occupation and outlined how you plan to “reaffirm our unbreakable bond with Israel” without addressing its rightward anti-democratic spiral. This was a faulty political calculation, marginalizing a powerful progressive constituency in the American Jewish community. Further, your rhetoric on the situation in Jerusalem deliberately ignored critical context, fanning the flames of incitement. I implore you: please do better.

Over the past decade, the community of American Jews who oppose the Israeli occupation has built impressive political power. Perhaps most obvious is the rise of J Street, the “pro-Israel, pro-peace” lobby that supports a two state solution. In synagogues, community centers and college campuses across America, J Street has become a part of the Jewish mainstream, creating space for activism critical of Israeli policy. J Street has also flexed its muscle in Washington, notably in a massive campaign to secure the Iran nuclear deal. Make no mistake—the Iran deal was no less a victory for the Obama administration than for the progressive American Jewish community, exercising our growing strength in the pursuit of peace.

And there are more examples. Following Operation Protective Edge—an unprecedented Israeli assault on Gaza leaving over 2,100 Palestinians dead—the membership of Jewish Voice for Peace swelled, leading to 30 new chapters and 60,000 new online supporters. That same summer, young American Jews founded If Not Now, a protest movement seeking to end Jewish communal support for the occupation. And we have seen the growth of Open Hillel, a student-led organization seeking to challenge the red lines dictating discussion about Israel and Palestine in Jewish communities on college campuses. 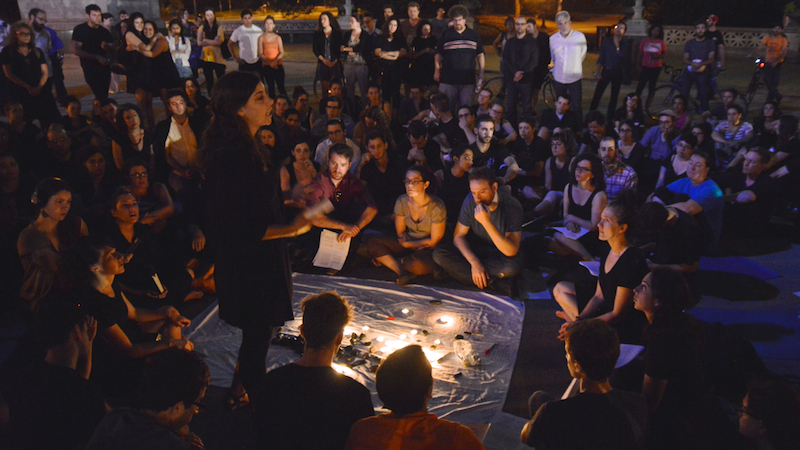 The flourishing of Jewish anti-occupation organizing aligns with the statistics. According to the 2013 Pew Research Center’s report, “A Portrait of Jewish Americans,” just 38 percent of American Jews say that the Israeli government is making a sincere effort to make peace, and only 17 percent think the continued building of settlements in the West Bank is helpful to Israel’s security. Given that the proliferation of settlements is against stated U.S. foreign policy, I can only assume that you agree with us. So why are you ignoring our power?

Certainly the onus is on constituents to make ourselves seen, and we will continue to organize. But you also need to open your eyes.

As a young progressive American Jew, I felt hurt reading your piece. It sounded like you were pandering to a monolithic community that no longer exists, while ignoring the transformation my peers have worked so hard to effect. Frankly, it was jarring to read your piece in The Forward, a publication that has provided a platform for many liberal American Jews, including myself, to critique the occupation. When you ignore the political diversity of the American Jewish community, you make it harder for Jewish progressives to do our work.

I was also perplexed by your decision to align yourself with Prime Minister Benjamin Netanyahu. Under the Netanyahu administration, settlement expansion has surged to unprecedented heights, further entrenching the occupation and narrowing prospects for peace. In a similarly unprecedented move, Netanyahu dramatically undermined the Obama administration and inserted himself into U.S. partisan politics in his address to Congress opposing the Iran deal, leading 60 Democratic lawmakers to skip the speech. And let’s not forget Netanyahu’s abhorrent race baiting during the most recent Israeli elections, warning his constituents, “The Arabs are going out in droves to vote.”

There is a powerful constituency of American Jews who would applaud you for condemning Netanyahu’s hawkishness and racism. You can support Israel without supporting its current prime minister.

Finally, your comments about the situation in Jerusalem were damaging to the efforts of advocates seeking peace in the region. I don’t doubt that you fell in love with Jerusalem as you walked the streets of the Old City—so did I. But I can’t help but wonder if you noticed the poverty of the Palestinian population, which has now reached 75 percent of residents. Or the one thousand missing classrooms to serve the Palestinian children of East Jerusalem. Or the increasingly tenuous legal status of the Palestinian residents of the city, struggling to maintain their ties to Jerusalem in the face of permanent residency revocations, housing evictions by settlers and, most recently, the construction of the Separation Barrier cutting off over 90,000 Palestinian Jerusalemites from the city center. 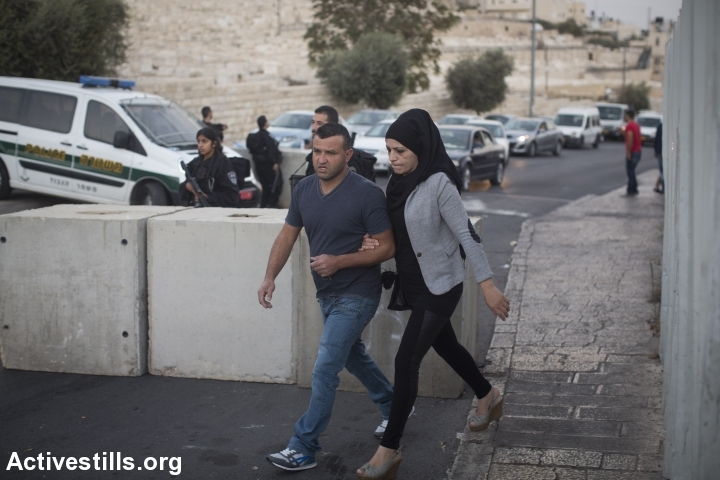 This particular moment of Palestinian violence in Jerusalem arose from decades of desperation and was instigated by Israel’s changes to the status quo at the Temple Mount/Haram al-Sharif. You noted that Israeli lives have been claimed in terror attacks, even naming an Israeli coexistence activist killed. This was just and decent of you.

When you ignore important context, you lend credence to the narrative that Palestinians are inherently and irrationally violent. You claim to support peace, but your words imply that Palestinian lives are less valuable to you than Israeli lives. That’s not helpful for Jerusalem, and it’s not helpful to advocates working for peace.

If you are elected, I hope you will use your office to oppose the destructive policies of occupation. Prime Minister Netanyahu has publicly committed to maintaining control over the Palestinian population for the “foreseeable future,” an outcome that would be disastrous for Israel, the Palestinian people and U.S. foreign policy.

Rather than pandering to a few wealthy donors and a dwindling faction of American Jews aligned with them, I hope you will acknowledge the vast majority of American Jews who support the creation of a Palestinian state. Do not obstruct the powerful progressive constituency in our ranks working day in and day out to build support for an end to the occupation. It would make our job much easier.

Leanne Gale is a Jewish feminist and anti-occupation activist based in Washington DC. She served as a New Israel Fund-Shatil Social Justice Fellow at Ir Amim (City of Peoples/City of Nations), an Israeli organization dedicated to building a more equitable and sustainable Jerusalem. This article was first published in Fair Observer.