According to the court’s ruling, force feeding, universally recognized as a form of torture, is a legitimate tool to use against hunger strikers. 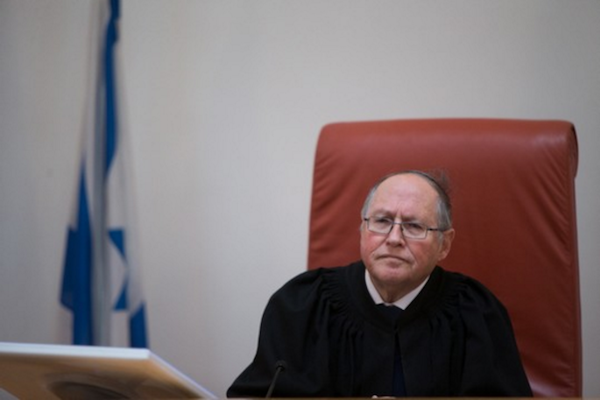 For the past two months three Palestinians have been on hunger strike over their administrative detention without trial. The three are the brothers Mahmoud Balboul (a police chief), Muhammad Balboul (a dentist), and Malk al-Qadi (a journalist). On Sunday Israel’s High Court ruled that the force-feeding law, which allows Israeli authorities to forcibly feed hunger striking prisoners against their will if their health condition is deemed to be life-threatening is able to balance between the public interest of the sanctity of life on the one hand, and the damage to human dignity and freedom of speech on the other. Or in other words: the High Court justices accepted the possibility that the three hunger strikers be force fed.

Muhammad and Mahmoud Balboul were arrested in a raid by Israeli soldiers on their home in June, and were put in administrative detention after Shin Bet agents were able to “break” their 14-year-old sister, who also spent three months in jail. Their father was killed by Israel soldiers over 10 years ago. The IDF Spokesperson’s stated that the “two were involved in severe military activities while endangering the security of the area.”

Malk al-Qadi, a 20-year-old journalist, began his hunger strike to protest his administrative detention on July 15. Al-Qadi was arrested on May 23, was interrogated, and put in administrative detention after the Shin Bet decided not to charge him. Last Friday his mother was summoned to Holon’s Wolfson Hospital, where he is hospitalized, after he had allegedly fallen into a coma. The IDF Spokesperson has yet to respond to questions about the reasons for his arrest.

“A complex issue — in its humane, moral, and legal aspects — is before us,” writes Justice Noam Solberg in the ruling. “The sanctity of life; state security; the right to autonomy; the right to equality; freedom of speech; the state’s responsibility vis-a-vis its prisoners — all these are mixed up in this case.” It took over 100 pages for the justices to explain why force feeding, a practice that is recognized by medical institutions worldwide as a form of torture, is actually okay.

In their ruling the Israeli justices lay out a series of arguments about why the hunger strikers must be force fed: firstly, they write, the hunger striker is not an “ordinary patient,” but rather a person who consciously puts his life in danger for the purpose of protest or to put pressure on the state. Secondly, according to the judges, one cannot know whether the person is on hunger strike out of his own volition, or whether he is facing pressure to do so. Thirdly, there are implications that go beyond the personal matter of the hunger striker; fourthly, the responsibility for the prisoner’s health belongs to the state. Basic Law: Human Dignity and Liberty, write the justices, compels the state not only to ensure the sanctity of life, it places active responsibility on the state to protect every human. Fifthly, the state must protect public security, and if the prisoner should die as a result of his hunger strike, it may lead to harming state security.

No freedom of speech in any case

Force feeding is the act of tying down the prisoner and forcing a flexible tube into the esophagus, either through the mouth or the nose. Many times the tube “misses” the stomach and the liquid food ends up spilling into the lungs. This happened in the case of five Palestinian prisoners who died at the hands of Israeli doctors who force fed them. The Declaration of Malta on Hunger Strikers, to which Israel is a signatory, unequivocally forbids force feeding and establishes that the practice amounts to torture, which is forbidden also by the 1975 Tokyo Declaration. While the Malta declaration allows for “artificial feeding” of a prisoner who has lost consciousness, it does so only until the prisoner comes to and can clearly state his/her desire to the doctor. From the moment the doctor knows that the patient wants to continue hunger striking, the former cannot treat him/her, even if it costs their life.

The justice’s ruling also surveys arguments put forth by human rights organizations that appealed the decision to force feed the brothers: Mizan, Yousef Al-Sadiq (which, since submitting the appeal, has been declared an illegal organization), Physicians for Human Rights-Israel, the Public Committee Against Torture in Israel, HaMoked: Center for the Defence of the Individual, and Yesh Din. The three justices focus on the claim that the law stems from weighing security manners, and less about the actual condition of the hunger strikers. 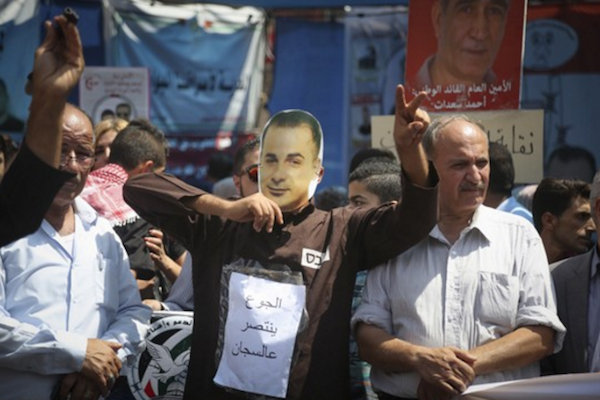 “From the amendment’s history,” writes Justice Menachem Mazuz, “it is clear, without any ambiguity, that the consideration pertaining to prisoners’ hunger strikes, and especially security prisoners, over public safety and security (the security consideration) was one of the main considerations that led to initiating the amendment in the first place.” On this issue the justices back the position taken by the legislator: “Since the potential harm to public safety is a result of harm to the striking prisoner’s life, then anyway saving a hunger striking prisoner’s life using proper treatment (even if forced) addresses the interest of protecting public safety and security.”

The justices were also asked to rule that although the brothers’ hunger strike is a tool of expression, putting a stop to it is not a violation of their freedom of expression, since that is a right to which prisoners are not entitled. “The harm is focused on violating the possibility of hunger striking, or the violation of freedom of expression and protest, which in any case are limited in the case of prisoners,” writes Mazuz. “Had the security aim been the sole or main aim,” wrote Justice Elyakim Rubinstein, “we could cast doubt over whether force feeding should be used… state and public security, important as they may be, and they are important, would not be enough to justify a fundamental harm such as force feeding.”

A bloody history of force feeding

The justices were also satisfied with the complexity of the process of obtaining permission for force feeding: a medical opinion on the possibility that the hunger strike is endangering the prisoner’s life. The Israel Prison Service commissioner, with the approval of the attorney general, must also decide whether to turn to the District Court to receive permission to treat the patient without his/her approval. The hospital’s ethics committee must also opine on the matter, and the prisoner or his representatives must also be taken into account (they have the right to appeal the District Court’s decision to the High Court), etc.

Despite the fact that according to the World Medical Association, as well as number of conventions and declarations by numerous countries across the world, force feeding is a form of torture, the justices ruled that the Tokyo and Malta declarations “do not represent the present legal situation, in the world or in Israel, but rather particular ethical stances; perhaps they resulted from the cruel practices by countries we are not among, thank God.”

However, nowhere in their decision do the judges mention the names Rassam al-Hilweh and Ali Ja’afri, who died in Ramle Prison after members of the Israel Prison Service forced a tube into their lungs rather than their stomachs, using it to our margarine, eggs, and milk into their bodies. Neither do the names Abed al-Qadr, Abu al-Fahm, Mahmoud Faritig, or Hassin Namr Abidat appear — all of whom died in Israeli prisons as a result of force feeding.

Another issue the justices discussed was the willingness to used coerced treatment based in Jewish law: the word “Jewish” appears 20 times in the decision, and the word “Hebrew” (Hebrew law) appears 11 times. Rubinstein views “Jewish” in Israel’s self-definition as the “right of the Jewish people to self-determination, including the ability to defend itself on those who seek to destroy it from outside. What the justices forget is that nearly all the hunger strikers until today have not been Jewish, and have no inclination to check what Islam says about the topic.

The three administrative detainees in question are still on hunger strike. And while the state has decided to temporarily freeze their detention, this was done only on paper. They are still forbidden from leaving the hospital, and when they recover the administrative order will, once again, go into effect.