High Court rejects petition against the law, gives grounds to allows individuals who want to sue anyone calling for a boycott of Israel, or ‘areas under its control.’ 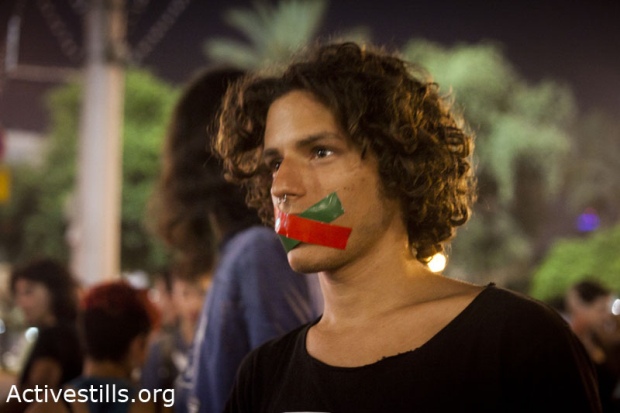 The High Court rejected a petition by human rights organizations, upholding the controversial “boycott law” on Wednesday. The law give grounds for individuals to sue anyone who calls for a boycott of Israel, or areas under its control.

The court struck down only one section of the law, which establishes that one may seek punitive damages for a deliberate call to boycott without needing to prove actual damages. It appears that one will now need to show actual damages in order to win a lawsuit.

Justice Hanan Meltzer, who wrote the majority opinion, ruled that a call to boycott is not consistent with the true purpose of freedom of expression, and therefore is not protected speech. He went on to describe boycott calls as “political terrorism,” adding that the state has a right to defend itself from them.

The human rights organizations that challenged the law responded to the ruling by saying that the High Court failed to protect the freedom of speech. “The Anti-Boycott Law is a law to ‘shut mouths.’ Its sole purpose is to silence legitimate criticism. The Court’s decision allows sanctions on freedom of expression and the right to political action concerning hotly contested issues of debate.”

Nearly four years ago, the Israeli Knesset passed the Law to Prevent Harm to the State of Israel by Means of Boycott, which rights groups challenged in court almost immediately. (Read a translation of the law itself here.)

The law was a direct response to the Palestinian-led Boycott, Divestment and Sanctions campaign. It enables anyone who feels they were (or might be) harmed by a boycott, “solely because of their affinity with the State of Israel, one of its institutions or an area under its control (read: settlements in occupied territory, MSO), in such a way that may cause economic, cultural or academic damage,” to sue for both punitive and compensatory damages.

The second part of the law targets institutions, organizations and individuals that rely on the State of Israeli for funding, special tax status or government tenders.

Read also: Everything you (never) wanted to know about Israel’s anti-boycott law

The law was never utilized, either in civil court or in the government’s discretion in funding and granting of tax status.

Precisely because it was never used, its most apparent and widespread consequence has been a chilling effect, stifling political debate, free speech and non-violent resistance in Israeli civil society over the past four years.

Civil society organizations self-censored in order to protect themselves from civil suits.

Media organizations, including +972 Magazine, decided — with heavy hearts – not to publish open calls to boycott, essentially stepping back from the debate over boycott, sanctions and divestment (BDS) exactly as it entered the mainstream and has become more relevant. (Two years ago the editors of +972 Magazine decided to stop self-censoring boycott related articles.)

[The law] exposes an Israeli polity that is incapable of engaging in debates, and responds to criticism with panicked attempts to silence it. It is more fearful of non-violent speech, for which it has no answer, than of violence, which it can quell with overwhelming force. In this sense, the anti-boycott law is almost a perfect encapsulation of Israel’s current predicament. And it is not a good omen.

The High Court has been under increasing criticism in recent years from the right wing in Israel for striking down laws it deems unconstitutional. However, because Israel doesn’t actually have a constitution, one that permanently sets legislative standards or defines the respective roles of the legislature and judiciary, right-wing politicians have sought to chip away at the court’s authority.