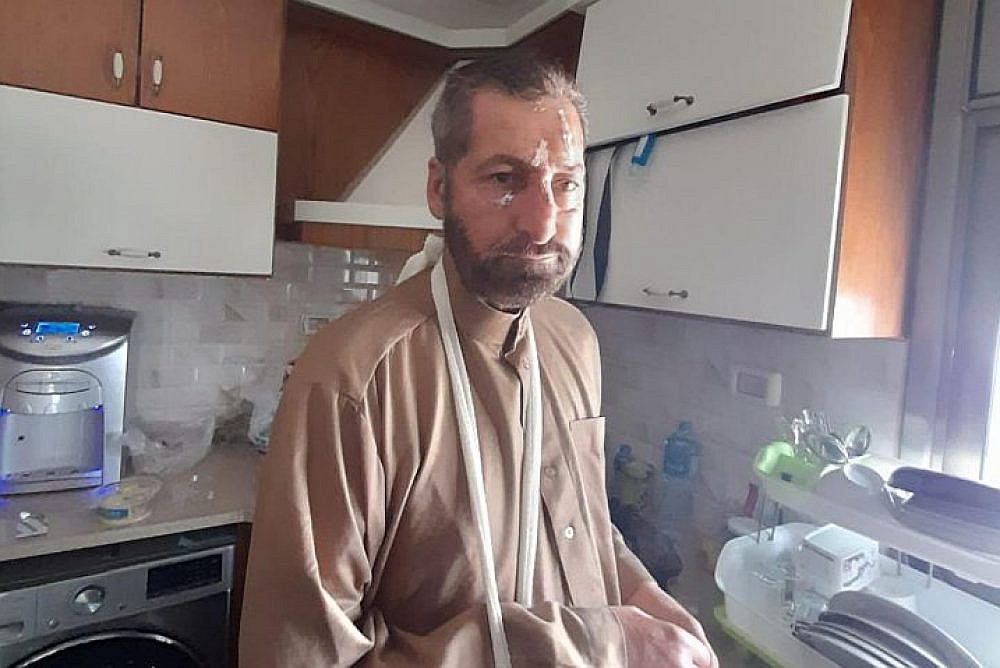 Nasif Abdel Jaber, a Palestinian American attacked by Israeli settlers from the outpost of Ramat Migron. (Courtesy of the Abdel Jaber family)

Last Friday, a Facebook page run by members of the Israeli settlement hilltop youth posted a disturbing photo of an elderly man lying prone on the ground; the photographer is stepping on him, while another man presses his arms against the ground.

“A terrorist infiltrated [illegal outpost] Ramat Migron,” the post claimed. “He was captured (dealt with [sunglasses emoji]), and arrested by the hilltop youth. We will keep holding onto our holy land.” The settlers who were at the scene even claimed later on social media that the man in the photo had attacked them.

“If he’s alive, he hasn’t been dealt with,” one commenter responded. Another proposed that he be assaulted until “he begs the police to come and take him [away].” Dozens of other commenters responded in a similar fashion.

After investigating, +972 discovered that the man in the photo is 63-year-old Nasif Abdel Jaber, a Palestinian American citizen who has brain cancer and suffers from mental health conditions.

Contrary to what the hilltop youth posted, Abdel Jaber told +972 that they attacked him — as is visible from the injuries all over his body. Moreover, he did not “infiltrate” the settlement outpost but rather was on his private agricultural land, which the outpost was established near to, east of Ramallah in the occupied West Bank.

“I came to my land after a long absence,” explained Abdel Jaber, who returned to Palestine recently after living in the United States for two years and undergoing intensive treatment for cancer. He has no Palestinian Authority-issued identity papers — only American citizenship. During our conversation, he frequently switched between Arabic and English. He is originally from Muhmas, near Ramallah, but lives in Jerusalem with his wife.

“I saw two settlers coming down while I was on my land,” Abdel Jaber recalled. “They went for me, and one of them pointed a gun at me. Both were armed. I started to escape, but they caught me. I’m sick and can’t run fast. They got me on the ground, one of them hit me with his hands, and the other with an object that felt like a pole. I was hit hard on my head, my body, my legs. This was on my own land. In the past I’ve come here without problems. I didn’t know this would happen, that they’d beat me. My arm, my head, and my face are still all in pain.” 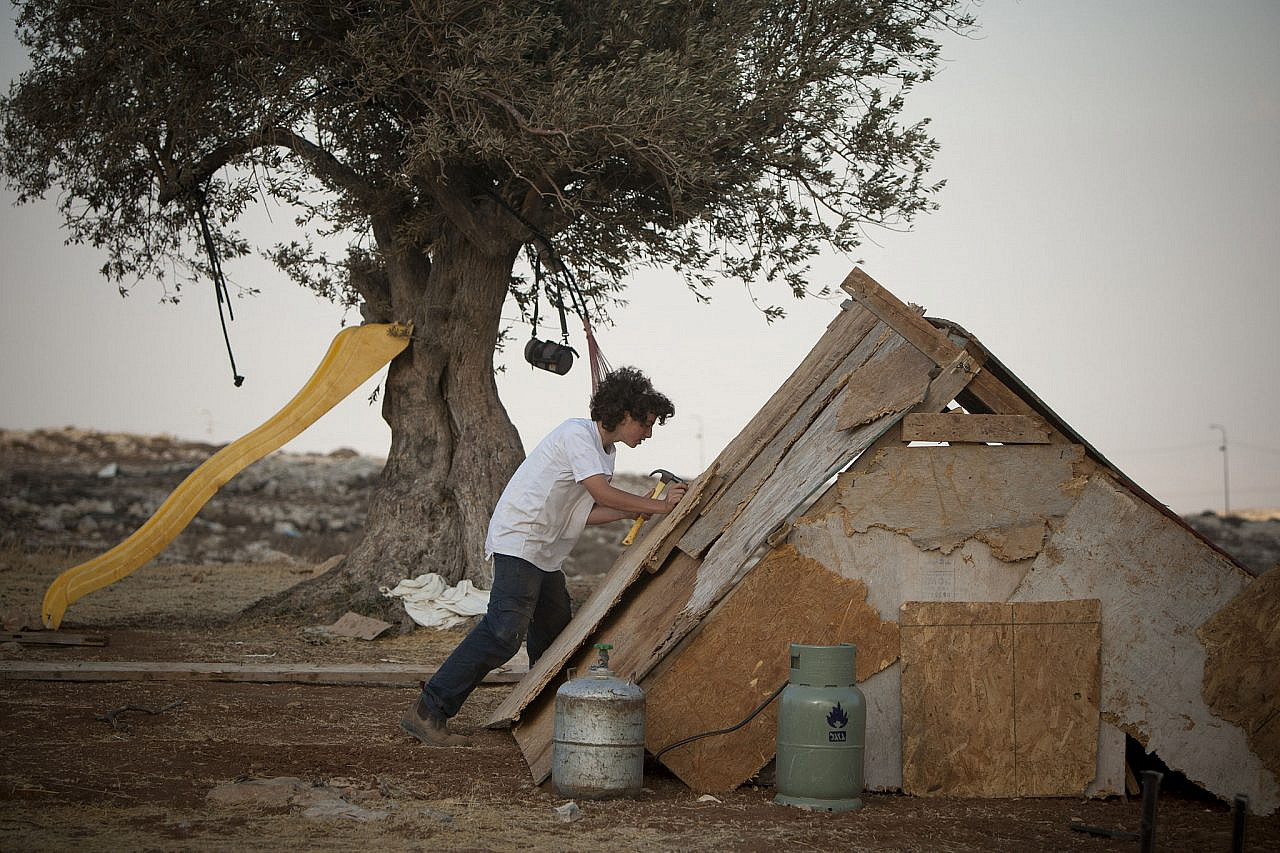 An Israeli settler builds a cabin on a hill in the illegal outpost of Ramat Migron, near Ramallah in the occupied West Bank, August 29, 2011. (Yonatan Sindel/Flash90)

After the assault, Abdel Jaber continued, the settlers called the Israeli army and saying he had attacked them. Reports in media outlets aligned with the settler right echoed the claim that the settlers had been assaulted and that an Israeli had been lightly injured from being struck. “The terrorist came close to a house,” wrote Kobi Finkler in the religious-Zionist outlet Arutz Sheva. “An outpost resident approached him and found him suspicious. The terrorist jumped on the resident, strangled him, and began attacking him.”

Abdel Jaber, who is still unwell and struggles to move, and whose face and arms are still covered with deep wounds, utterly rejects this version of events. “I’m unable to attack anyone. I ran away from them,” he said.

An Israeli army representative told +972 that soldiers at the scene assessed that Abdel Jaber had mental health difficulties, and they turned him over to the police.

Once at the police station, Abdel Jaber showed officers documents proving his ownership of the land, and he was released after a few hours. A police representative told +972 that the interrogator realized that Abdel Jaber was suffering from mental health conditions, that the complainants had produced no evidence of the alleged attack, and that they therefore decided to let him go. That day, Abdel Jaber submitted a complaint against the settlers.

Ramat Migron is mostly maintained by groups of Israeli youth, and the army often demolishes structures there. The outpost covers a huge stretch of land — around 2,000 dunams, most of which is private Palestinian property, with a few scattered solitary structures.

In recent years, settlers have on several occasions attacked Palestinians who have tried to access their land which surrounds the outpost. “Farmers are afraid to go to their land on the mountain, and they do so only in coordination with the army,” said Muhammad Kana’an, a Palestinian activist and resident of the nearby village of Muhmas. “Maybe the fact that Nasif lived in the United States, and has [American] citizenship, and came back recently, means he’s less familiar with this violence. And he thought that it would be OK to go to his land alone.”