The displaced former residents of Kafr Bir’im decided in the summer of 2013 to return to their village, and since then, they haven’t left. The author and his partner visited them one year later.

We had to travel as far as Kafr Bir’em to find faith in these sad and desperate times, during the terrible war on Gaza. We spent an entire day with the Bir’em returnees. The last time we visited this community of internally displaced villagers was exactly one year ago, in their traditional summer camp, organized in order to educate the younger generation never to give up on their right to return to Bir’em (the village’s original residents were expelled during the 1948 War; they were promised the right to return, but were never granted permission by the military). There were scores of children, youth and adults there, singing and dancing in the open church’s court.

Far from a sultry and depressed Tel Aviv, we found determined people hanging on to hope and home against all odds. Ever since they decided to return, there wasn’t a single night they did not spend in the village – sometimes dozens of them, sometimes less – running various social activities and simply living there. 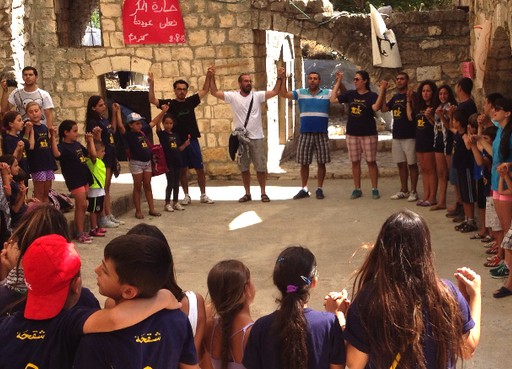 Northern Israel is relatively quiet these days, and the weather is pleasant, but the distance from the violent attack on Gaza is repeatedly erased when troubling news reaches us. “Thirty people were arrested in the antiwar demonstration in Haifa, including Saher Jeries from our village,” says my friend Nahida Zahra, one of the leading returnee activists, in a proud voice. Asil Abu-Warda shows me a picture of his arrest by an undercover policeman disguised as a Palestinian. “Is Asil also a girl’s name?” I ask and recall Asil ‘Asle, who was murdered during the October 2000 incidents while sitting and watching a Palestinian demonstration near Arabe, inside sovereign Israel. Abu-Warda seems to read my mind and tells me that ‘Asle was her classmate. “My mother would always argue with his mother on who chose the name first. I was born two months before him, so clearly my mother was first.”

We are having lunch in the shade of a tree, the tasty menu including mujaddara and vegetable salad. The dessert was a lesson for me – after a short trip among the destroyed village homes, the kids return with a bag full of tiny purple-green fruits that look like plums. Indeed, this is a type of plum called Arasia. Nahida says the trees keep growing in the village, bearing fruit every summer since 1948.

“What next?” I ask her. “Where do you want to take this activity of return?” She tells me they held a workshop with a professional facilitator and 30 village refugees, discussing that question exactly. It is now clear to them that the most urgent challenge is to recruit as many community members as activists. 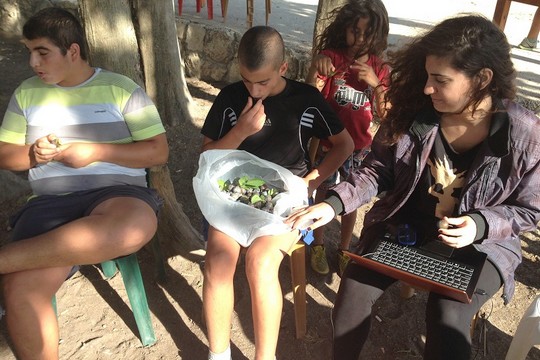 Children in Bir’em eat ‘Arsia,’ a type of fruit native to the village. (photo: by Eitan Bronstein Aparicio)

The Israel Land Authority is working to expel them from the village once again. The cemetery, church and adjacent kitchen are beyond dispute, but any other sign that the returnees are laying claim to village property is immediately removed by the ILA. It also uses punitive measures and tactics of harassment: its inspectors have blocked the road leading from the cemetery to the church, which had been previously used to transport equipment and drive the village elders to the center of Bir’em. In addition, the regional council, which until now had approved the summer camp every year, informed the returnees this year that the Israel Land Administration [ILA] won’t allow it.

The returnees keep close contact with the internally displaced villagers from Iqrit, whose story is very similar to that of Bir’em’s. Both had obtained the High Court of Justice’s approval of their right to return, but this was subsequently denied by the IDF and later the Israeli government. The displaced persons of these two villages acted legally together for years to change this policy but finally reached the conclusion that this strategy would achieve no concrete results and decided to return without the state’s permission.

I comment that their actions are reminiscent of actions taken by Israel and individual Israelis, in that it is not completely legal. Nagham agrees. “Indeed, it is similar in a way, but we have moral law and justice on our side!” We enjoy tea seasoned with mint and za’atar grown in the garden near the church. In a recent court hearing, the ILA demanded that it be destroyed as well, but the judge refused. 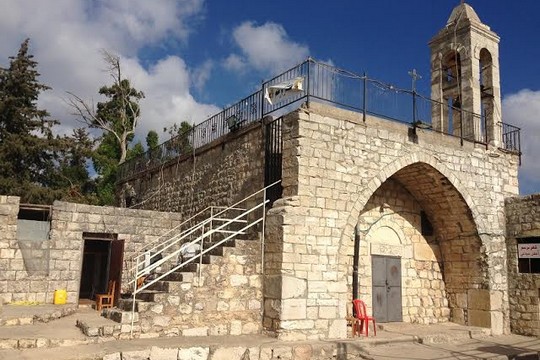 It’s cool and windy outside, but very cozy inside the tent we’re sleeping in. The only disturbance is Hezi the rooster, named after the chief ILA inspector acting against the Bir’em returnees. He crows insistently, but slowly this becomes a background noise for a sleep deeper and longer than in recent troubling nights.

In the morning, George is already waiting for us in the kitchen with coffee. He surprises us with a poignant statement so early in the day: for him, Bir’em is both a blessing and a curse. It’s the place of his hopes, of political action and sweet grandfatherly memories. On the other hand, it is an ongoing curse that has been tormenting the internally displaced ever since 1948. 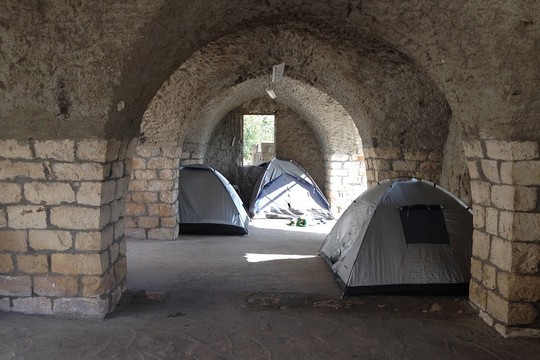 Some of the activists pitched tents where Kafr Bir’em’s school used to be. (photo: Eitan Bronstein Aparicio)

While his mind wonders, somebody walks into the central courtyard and starts obsessively taking pictures. George asks who is she. She mutters, “Dvora from the ILA”. Every few days they come here to document the villagers’ activities and demonstrate their resolve to kick out the returnees. The villagers’ uncompromising struggle against Israeli authorities highlights what my partner Eleonore kept telling them, over and over again, throughout our short stay: what you are doing is so important, and so impressive!

Related:
On Easter, Palestinians resurrect their destroyed village
Who’s afraid of the right of return?