His antagonism to all Palestinians – to Mahmoud Abbas’ Palestinian Authority no less than to Hamas – started and steadily fueled the chain reaction that led to the current misery.

On Monday of last week, June 30, Reuters ran a story that began:

Prime Minister Benjamin Netanyahu accused Hamas on Monday of involvement, for the first time since a Gaza war in [November] 2012, in rocket attacks on Israel and threatened to step up military action to stop the strikes.

So even by Israel’s own reckoning, Hamas had not fired any rockets in the year-and-a-half since “Operation Pillar of Defense” ended in a ceasefire. (Hamas denied firing even those mentioned by Netanyahu last week; it wasn’t until Monday of this week that it acknowledged launching any rockets at Israel since the 2012 ceasefire.)

So how did we get from there to here, here being Operation Protective Edge, which officially began Tuesday with 20 Gazans dead, both militants and civilians, scores of others badly  wounded and much destruction, alongside about 150 rockets flying all over Israel (but no serious injuries or property damage by Wednesday afternoon)?

We got here because Benjamin Netanyahu brought us here. He’s being credited in Israel for showing great restraint in the days leading up to the big op, answering Gaza’s rockets with nothing more than warning shots and offering “quiet for quiet.” But in fact it was his antagonism toward all Palestinians – toward Mahmoud Abbas’ Palestinian Authority no less than toward Hamas – that started and steadily provoked the chain reaction that led to the current misery. 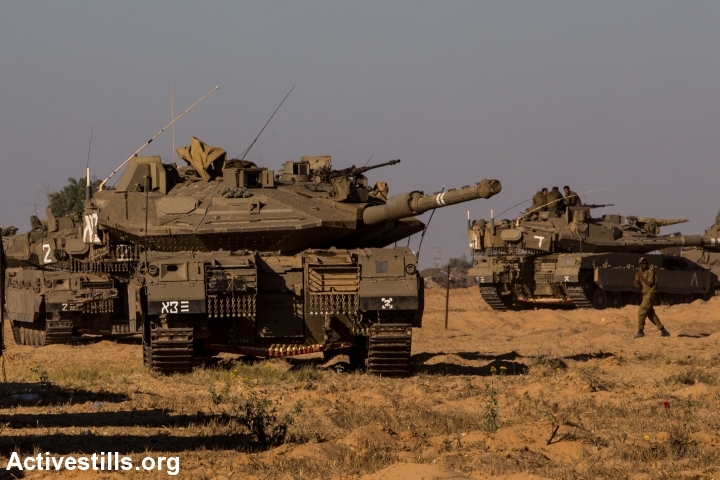 And nobody knows this, or should know it, better than the Obama administration, which is now standing up for Israel’s “right to defend itself.”

It was Netanyahu and his government that killed the peace talks with Abbas that were shepherded by U.S. Secretary of State John Kerry; the Americans won’t exactly spell this out on-the-record, but they will off-the record. So a week before those negotiations’ April 29 deadline, Abbas, seeing he wasn’t getting anywhere playing ball with Israel and the United States, decided to shore things up at home, to end the split between the West Bank and Gaza, and he signed the Fatah-Hamas unity deal – with himself as president and Fatah clearly the senior partner. The world – even Washington – welcomed the deal, if warily so, saying unity between the West Bank and Gaza was a good thing for the peace process, and holding out the hope that the deal would compel Hamas to moderate its political stance.

Netanyahu, however, saw red. Warning that the unity government would “strengthen terror,” he broke off talks with Abbas and tried to convince the West to refuse to recognize the emerging new Palestinian government – but he failed. He didn’t stop trying, though. At a time when Hamas was seen to be weak, broke, throttled by the new-old Egyptian regime, unpopular with Gazans, and acting as Israel’s cop in the Strip by not only holding its own fire but curbing that of Islamic Jihad and others, Netanyahu became obsessed with Hamas – and obsessed with tying it around Abbas’ neck. Netanyahu’s purpose, clearly enough, was to shift the blame for the failure of the U.S.-sponsored peace talks from himself and his government to Abbas and the Palestinians.

But it wasn’t working. Then on June 12 something fell into Netanyahu’s lap which he certainly would have prevented if he’d been able to, but which he also did not hesitate exploiting to the hilt politically: the kidnapping in the West Bank of Gilad Sha’ar and Naftali Fraenkel, both 16, and Eyal Yifrah, 19.

Netanyahu blamed Hamas for the kidnapping. He said he had proof. To this day, neither he nor any other Israeli official has come forward with a shred of proof. Meanwhile, it is now widely assumed that the Hamas leadership did not give the order for the kidnapping, that it was instead carried out at the behest of a renegade, Hamas-linked, Hebron clan with a long history of blowing up Hamas’ ceasefires with Israel by killing Israelis. Besides, it made no sense for Hamas leaders to order up such a spectacular crime – not after signing an agreement with Abbas, and not when they were so badly on the ropes. Khaled Meshal, while refusing to confirm or deny giving the order, and saying he had no idea of the three boys’ whereabouts, lauded the kidnapping as a means of freeing Palestinian prisoners. This showed a certain moral idiocy on Meshal’s part, and on the part of his audience – the many, many Palestinians who likewise cheered the kidnapping – but it did not show that the Hamas leadership had ordered the deed. And we are still waiting to see that proof. 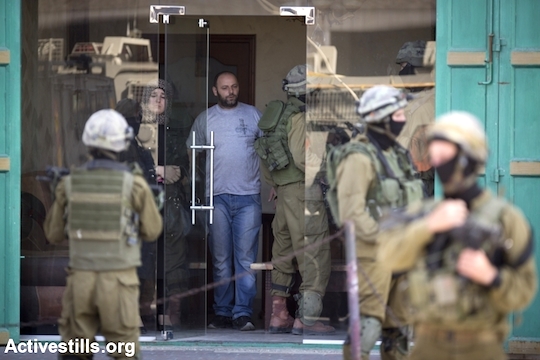 But Netanyahu used the kidnappings to go after Hamas in the West Bank. The target, as one Israeli security official said, was “anything green.” The army raided, destroyed, confiscated and arrested anybody and anything having to do with Hamas, killed some Palestinian protesters and rearrested some 60 Hamasniks who had been freed in the Gilad Shalit deal, throwing them back in prison.

Meanwhile, in Gaza, Israel had already escalated matters on June 11, the day before the kidnappings, by killing not only a wanted man riding on a bicycle, but a 10-year-old child riding with him. Between that, the kidnappings a day later and the crackdown on Hamas in the West Bank that immediately followed, Gaza and Israel started going at it pretty fierce – with all the casualties and destruction, once again, on Gaza’s side only.

Read: ‘They left us no choice’ – On military escalation and its Israeli rationale

And that was basically it. Netanyahu had given orders to smash up the West Bank and Gaza over the kidnapping of three Israeli boys that, as monstrous as it was, apparently had nothing to do with the Hamas leadership. Thus, he opened an account with Israel’s enemies, who would wish for an opportunity to close it.

On June 30, the bodies of the three kidnapped Israeli boys were found in the West Bank. “Hamas is responsible, Hamas will pay,” Netanayhu intoned. That payment was delayed by the burning alive of Mohammed Abu Khdeir, 15, which set off riots in East Jerusalem and Israel’s “Arab Triangle,” and which put Israel on the defensive. It probably encouraged the armed groups in Gaza to step up their rocketing of Israel, while Netanyahu kept Israel’s in check. Then on Sunday, as many as nine Hamas men were killed in a Gazan tunnel that Israel bombed, saying it was going to be used for a terror attack. The next day nearly 100 rockets were fired at Israel. This time Hamas took responsibility for launching some of the rockets – a week after Netanyahu, for the first time since November 2012, accused it of breaking the ceasefire.

And the day after that, “Operation Protective Edge” officially began. By Wednesday afternoon, there were 35 dead and many maimed in Gaza, Israelis were ducking rockets, and no one can say when or how it will end, or what further horrors lie in store.

Netanyahu could have avoided the whole thing. He could have chosen not to shoot up the West Bank and Gaza and arrest dozens of previously freed Hamasniks (along with hundreds of other Palestinians) over what was very likely a rogue kidnapping. Before that, he could have chosen not to stonewall Abbas for nine months of peace negotiations, and then there wouldn’t have even been a unity government with Hamas that freaked him out so badly – a reaction that was, of course, Netanyahu’s choice as well.

But Israel’s prime minister is and always has been at war with the Palestinians – diplomatically, militarily and every other way; against Abbas, Hamas and all the rest – and this is what has guided his actions, and this is what provoked Hamas into going to war against Israel.