The history of Israel’s permit regime in the West Bank should serve as a warning that even temporary closures on Palestinian neighborhoods of Jerusalem can have in serious, long-term political consequences. 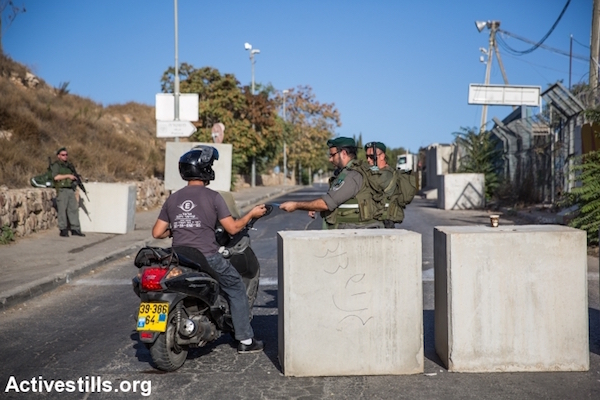 After a violent couple of weeks in Jerusalem, the Israeli government gave police discretion to impose a closure on certain East Jerusalem neighborhoods to monitor the movement of the city’s Palestinian population. The measures, which severely impede freedom of movement — preventing people from going to work, children from going to school, businesses from receiving supplies and equipment, and halting critical municipal services — are justified by politicians and security officials as temporary measures necessary for maintaining security.

The history of Israel’s sophisticated systems of population management in the West Bank, however, should serve as a warning that even temporary closures on the Palestinian neighborhoods of Jerusalem can have major political consequences: a unilateral disengagement from East Jerusalem, and the creation of a permit regime.

The term “permit regime” refers to a bureaucracy of the occupation modeled around that which developed in the West Bank between the signing of the Oslo Accords in 1993 through the early 2000s, when the separation barrier made West Bank residents increasingly dependent on permits from the Israeli army’s Civil Administration for movement within the West Bank, as well as for permission to enter Israel.

The most critical aspect of the permit regime is the way permits are used for recruiting informants for the Shin Bet, Israel’s internal security agency that also operates in the West Bank: desperate Palestinians are offered permits in exchange for collaboration and providing intelligence information. While the majority of permit holders are not collaborators, the suspicion, atomization and lack of trust in the West Bank, particularly of permit holders, is a result of these practices. Leveraging permits as a method of recruiting collaborators is as old as the state itself, but the permit regime turned the recruitment of informants into a wholesale, inherent part of the bureaucracy of the occupation, producing fear and coercion on a massive scale, affecting every family in the West Bank. 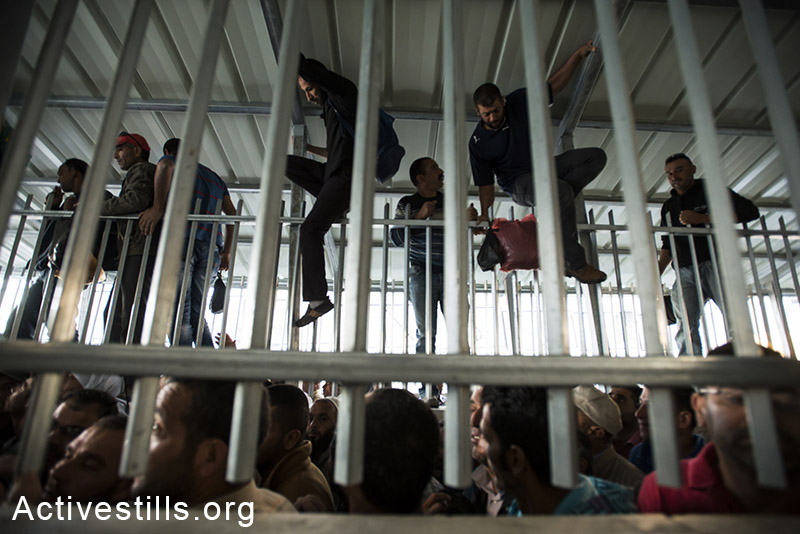 Men climb a barrier in order to jump the line as Palestinians from the West Bank with permits to enter Israel wait at the Israeli military checkpoint in the separation wall controlling movement between Bethlehem and Jerusalem, June 12, 2014. By: Ryan Rodrick Beiler/Activestills.org

Closure does not constitute a permit regime in and of itself, however. A closure is merely the use of physical and technological methods to prevent movement, backed by the threat of violence if one attempts to circumvent the barriers. While closures inherently violate a range of civil, social and economic rights and disrupt the daily lives of everyone living in the closed territory, the long-term danger is the development of a permit regime, which in many ways, depends on the population. The people affected by the closure must actually cooperate with the introduction of bureaucratic methods of control for it to be effective.

How has this happened in the past? Very early in the closure, during the first few days, a list is drawn up by the authorities giving a few VIPs permits to move freely. (In the case of the West Bank permit regime, that authority was the military’s Civil Administration and COGAT, the Coordination of Government Activities in the Territories.) In the West Bank and Gaza, the VIP list was drawn up by the budding Palestinian Authority itself and approved by the Israeli negotiation team. Next were businessmen who received permits called BMIs. And from the outset, Israel issued “humanitarian” permits for people who needed to cross into Israel for medical care or other urgent reasons.

As soon as various elites obtained permits, everyone else wanted them too. Very soon the permit regime ballooned into a mammoth bureaucracy that became the defining feature of Palestinian life in the West Bank, especially once the wall was erected and after cooperation between Israeli and Palestinian governing bodies in collapsed at the outset of the Second Intifada.

The permit regime in the West Bank was not an invention of the Israeli security forces, however. Israel used it during the military government during the years 1949-1966 (which ruled over Arab citizens of Israel). Before that, it was a well-known tool of British colonial bureaucrats across the British Empire during insurgencies and political crises. 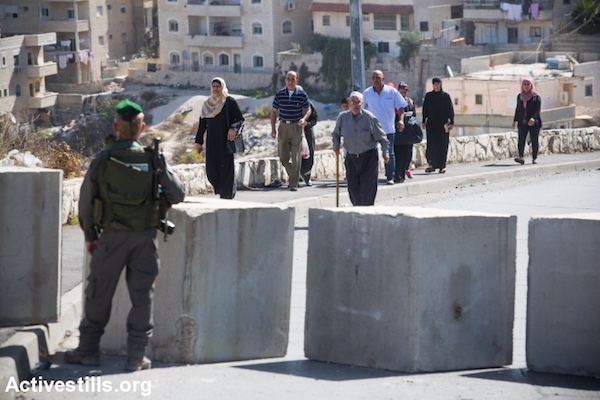 So how can the permit regime in Jerusalem be prevented? The answer is simple in theory, yet almost unbearable in real life — the answer is not to accept permits, lists or any kind of inequality in freedom of movement. The Jerusalem Municipality has already begun compiling lists of people who will be able to move freely during a closure on East Jerusalem. As soon as some choose to take permits privileging them with free movement while most of the population is denied that freedom, or even if a select few accept permits that allow VIPs to bypass security checks at checkpoints, the permit regime will begin to establish itself.

Moreover, if international aid or Israeli legal organizations begin helping people apply for and receive permits, the system of population management will achieve legitimacy and recognition and will take hold. For the sake of all residents of Jerusalem, and in order to enable a return to a relatively calm shared life in this conflicted city, as well as the possibility for political solution and resolution, a permit regime in East Jerusalem must be prevented by its residents themselves.

Dr. Yael Berda is the author of The Bureaucracy of the Occupation: The Permit Regime in the West Bank 2000-2006. A lawyer specializing in freedom of movement and association, Berda received her PhD in sociology from Princeton University in 2014 and was a Harvard Academy Scholar at the Weatherhead Center for International Affairs at Harvard University 2014 – 2015. She is an assistant professor of sociology at Hebrew University of Jerusalem.