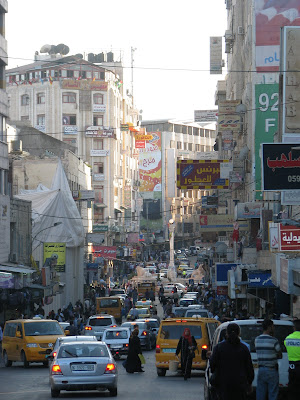 We have several good reasons not to go to Ramallah, even if we put aside the incident of the year 2000, in which two soldiers who lost their way and wound up here were killed by a mob. That event took place in the height of hostilities, immediately following the death of Mohamed A-Dura in Gaza. Still, it’s a precedent, and many people here hate our guts.

So there’s one good reason not to visit Ramallah. especially at night. Ramallah is not the capital of streetlights. 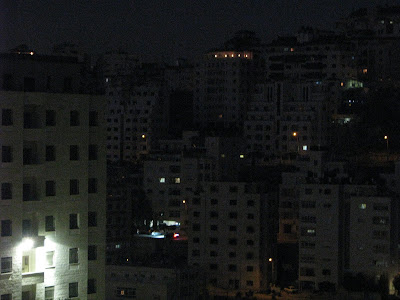 A second good reason not to visit Ramallah is that coming here is a criminal offence by Israeli law. No one checks us on the way in but we risk arrest, interrogation and then imprisonment or a heavy fine if caught on the way out. Palestinian police who find us must hand us over to the Istraelis. So that’s another good reason not to visit Ramallah, especially if you have a nice Jewish face like mine. 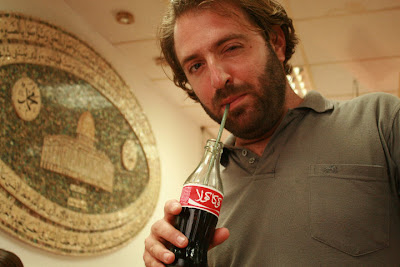 But observe the photo above and you’ll find one good reason to visit Ramallah. When was the last time you got served your coke bottle with a straw in it? that is so 1982!

Ramallah retains in it the charm of decades gone by. which is why we just had to come here and attend a Boney M concert. Boney M? You’ve got to be kidding me! what won’t I give to stand with the Palestinian people who’ve known so much hardship, and sing with them that eternal anthem of oppressed nations:

By the rivers of Ba-ha-bylon (dark tears of Babylon)
Where we sat do-hown (You’ve got to sing a song)
Yeah-hey we we-hept (sing a song of love)
When we remembered Zi-ha-yon (yeah yeah yeah yeah).

facing all the arguments for not coming was the one decisive argument for coming: Disco!

Boney M were to appear at the open air theatre right outside the Ramallah cultural palace. 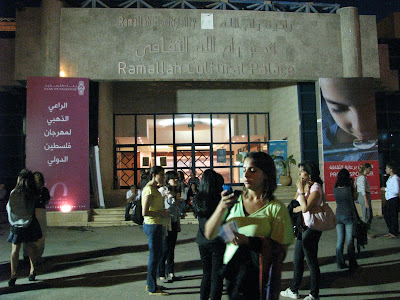 There were less hijabs to be seen here then on the streets, both because there’s something deeply un-Islamic about lines such as “Rasputin, Rasputin, Russia’s greatest love machine” and because at least 30% of those present were internationals. I did find a few, though, dyed here by a glam boa scarf that someone waved over my lense. 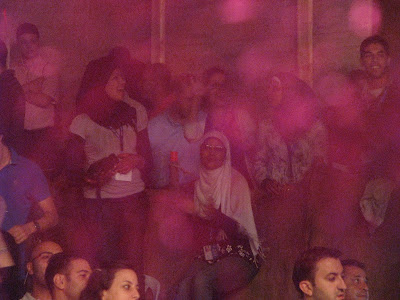 And boy did we ever wave these glam boa scarves. Today’s Boney M features only a single member of the original ensemble, the unbelievably energetic and lovely Maizie Williams. she totally justifies using the famous brand and the rest of her team was terrific as well. They strutted their hits: “Daddy Cool”, “Sunny”, the very applicable “Belfast”… 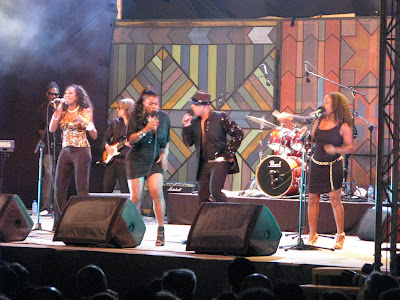 As well as Boney M’s famous cover version of Marley’s “No Woman no Cry”. 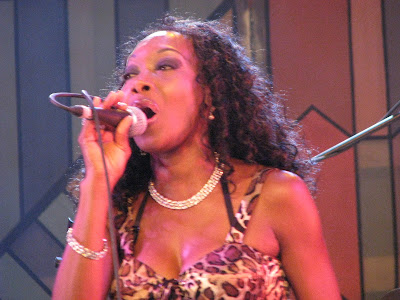 Then suddenly the lights went out. 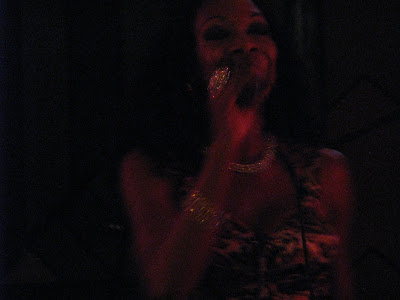 It took Williams a second to understand that she was faced with the true spirit of Ramallah. If there’s any city in the world that’s used to the lights going out and knows that everything’s gonna be alright, it’s here. She returned to the front of the stage and swayed to the chanting. 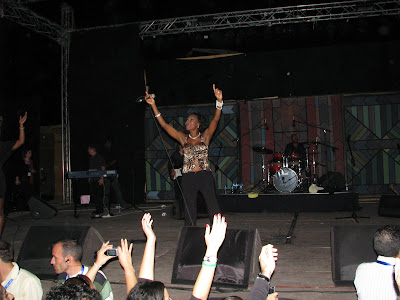 When the lights returned. Everyone was in full form. and the rest of the evening simply rocked. We had only one major disappointment: Babylon was not sung. I can only assume that the festival organizers banned it for fear that the word “Zion” (as in “Zionism”) would offend the audience. Sometimes deeper meanings are lost on people. The crown chanted “Babylon” harder than it chanted “everything’s gonna be alright” but to no avail. A token identification with the local struggle was the best we got. 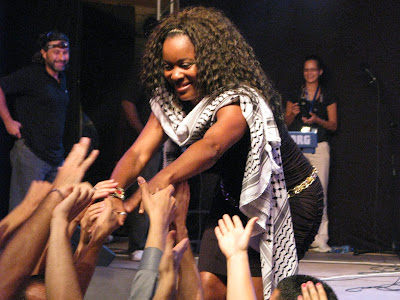 So we went away with dear Palestinian friends we bumped into, looking for somewhere to sit and weep. The best party in Ramallah these days is a house party. Grandma Aniseh died, and her offspring turned her old home into a popping bar: “Aniseh’s House”. 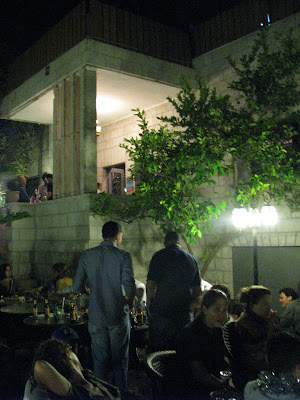 No one killed us. 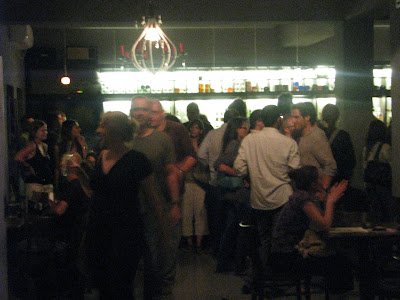 No one arrested us. 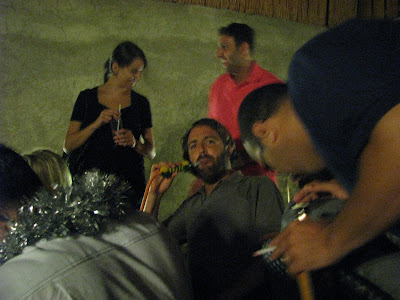 It was only paying for our Taybeh beers in Sheqels that reminded us the occupation even exists. We pocketed the change and focused on the good drink and happy chat, easing the shift between the glittery clothes we saw on stage and the uniforms we would meet at the checkpoint later.