When even reporting an immoral act by a senior officer carries with it a serious price, it becomes clear that one cannot win against the army. Been there, done that.

In July 1989, as a young, bored soldier in the IDF’s main draft base in Tel Ha’Shomer, I asked my colonel to be transferred to the Civil Administration in the Gaza Strip. We were on friendly terms and he quickly made the arrangements, walking through my first sham court martial. I was in charge of running a small garden toolshed, which was broken into while I was on vacation – many of the tools stolen. This was standard procedure; I myself broke into a rival’s shed a few days later and stole some of my stuff back. But not enough. My staff sergeant, who did not at all like me, made certain I’d stand trial for the missing hoes and shovels. The colonel made it all go away in two minutes, and the public property (admittedly, not much of it) simply vanished into air.

I had other reasons to leave Tel Ha’Shomer besides a vengeful NCO and a boring job. The First Intifada was in full bloom and I was itching to do something worthwhile. I have recently left my yeshiva under a cloud, was highly militant in my leftist views, and felt I needed to do something.

About that time, Yonathan Geffen – a two-bit pundit (who was actually a much better poet) – wrote a column, suggesting a leftist has three options facing the Intifada. The first was dropping out: feign insanity or religious conversion, and get out of the military. The second was dumbing down and closing your mind: obey your orders, initiate nothing, and try to repress everything you see. The third was actively changing the military by volunteering to serve in trouble spots and leading by example. There was a fourth option which Geffen didn’t mention and which tells you about conventional leftist discourse at the time: disobedience.

It didn’t occur to me, either, and so I asked for and receive a transfer to the Civil Administration unit in Deir El Balah, in the central region of the Gaza Strip. It didn’t take me long to notice violent and illegal behavior among my colleagues; it took them even less time to realize they have a leftist on their hands and basically shut me out of such knowledge the best they could.

What people who didn’t serve in a military unit don’t realize (and what the people who did and asked others why they didn’t complain understand all too well) is just how intensive this experience is and how much pressure is put on you. I tried my best. I complained to the colonel about an incident (I cannot recall the details, but it included unjustified violence) only to be ignored. Then, following the advice of the leader of my town’s the left-wing Ratz party leader Avi Oren (of blessed memory), I wrote a report to MK Dedi Tsuker, then of Ratz and the founder of B’Tselem (an Israeli NGO which documents human rights violations in the occupied territories), describing a particularly violent incident by my direct officer. A soldier reporting an incident to an MK is an act in accordance with the law.

The officer and his two goons summoned a Palestinian for some trivial offense – building something with a permit, if I recall correctly – and then proceeded to beat him senseless. The officer burst into my office, white-faced, told me the prisoner has passed out, and ordered me to summon a doctor. I did, and then, as per procedure, wrote out a report about it in the operational journal. This was my job, and this was a noteworthy incident. The officer returned to the office and glanced at the journal. “Did you report it to headquarters already?” he asked quietly. I told him no. He took out a knife and cut the page from the journal.

Now, most of those incidents would not have made it into the journal in the first place. I was unusual. Reporting the incident to B’Tselem was even more unusual. When the shit storm broke out in the pages of the late, lamented daily paper Hadashot, the Civil Administration went into crisis mode. We received phone calls from the chief of staff’s bureau, and the officers in Deir El Balah needed less than an hour to identify the leak.

My officer took me out for a ride. We were in the vehicle – him, me, a driver and one of his two goons. He ordered the driver to take us to the outskirts of the Dir El Balah refugee camp, one of the most notoriously violent camps around. He ordered the driver to halt the vehicle, and told me “get out.” I stared at him, and he began ranting that since I was so friendly with the Arabs, I might as well join them. This went on for several minutes, with no one else saying a word. I ended the rant by cocking my rifle and chambering a round, making clear my intentions without saying a word. He shut up, and told the driver to drive us back to base.

Would I have pulled the trigger? I don’t know.

The incident quickly made the round at the base – I guess the driver talked – and people came to shake my hand and congratulate me on my courage in facing down an officer. But afterwards, few of them would exchange words with me. I became a pariah. The officer was promoted several weeks later, out of the unit, though not before putting me on trial for some trumped-up charges (he failed after the unit’s executive officer saw through it).

This wasn’t the end of it. I was contacted by the Military Police Criminal Investigations Division (MPCID), and pressured into serving as an informant. I think I did an excellent job. Some people would boast about harming some Palestinian and would find themselves under investigation several weeks later. MPCID did a better job at protecting me, I must say, then Tsuker did: they basically collected reports from the victims before summoning the soldier, so as to cover me. I still came under suspicion, but as I pointed out, they didn’t take me into the field anymore, so I couldn’t have witnessed anything, could I?

Six months after the initial incident, I was put on trial, despite a promise from the Chief of the Civil Administration that I wouldn’t be, under the condition that I tell him precisely what happened, which I did. My new commanding officer protested that a promise had been made and broken, to no avail. A colonel came during the night to try me. I received a suspended sentence for reporting an incident to an MK, which – again – was my legal right. The officer who beat someone for a building offense until he lost consciousness and illegally destroyed the report? Promoted.

In the process, I became an accessory to the occupation. Yes, I ensured that some criminals were put on trial, and I tried to do my best to help people, but I also had to do my job, which included ordering bulldozers so that house demolitions could be carried out, and writing reports which made it possible for the occupation to function in that regard.

The Civil Administration isn’t a proper army. It is supposed to be the carrot, not the stick. People who served in combat units knew that reporting on their comrades meant reporting on people whom they will have to rely on in real combat zones, such as Lebanon. It simply wasn’t done.

This is what I would say to any of the hypocrites who ask the “silence breakers” why they didn’t go through the proper channels when they had the chance. And to any young person with a conscience, I would simply say: don’t repeat my mistakes – you can’t reform the army. At best you’d serve as a fig leaf, at worst you’d get seriously beat up for your troublemaking. Refuse to serve, or dodge your way out of the system, but simply don’t go there. You can’t win and, anyway, this isn’t your game. You can’t save others; save yourself, at least.

Related:
Why soldiers don’t ‘break the silence’ to the IDF
The soldiers’ stories that Israel lacks the courage to hear

BECOME A MEMBER
More About MPCID 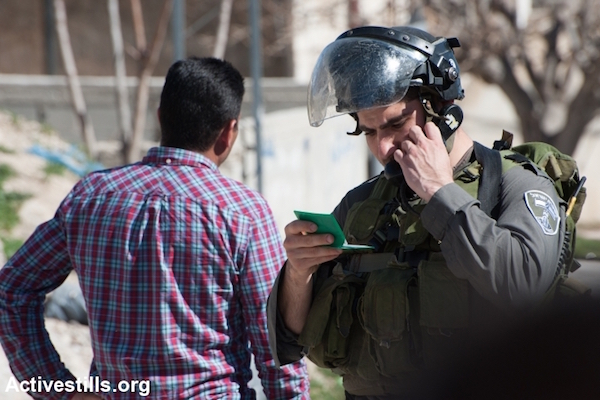 When an Israeli assaults a Palestinian, justice is hard to come by
A story of assault in Hebron perfectly exemplifies how police investigations fail when the victim is Palestinian. By Yesh Din, written by Yossi Gurvitz More than five years ago, on July 16, 2010, a young Hebronite by the name of Muhammad Abd Al-Raouf Abdrazeq was attacked by two Israeli civilians without any reason. In his…
By +972 Magazine January 9, 2016 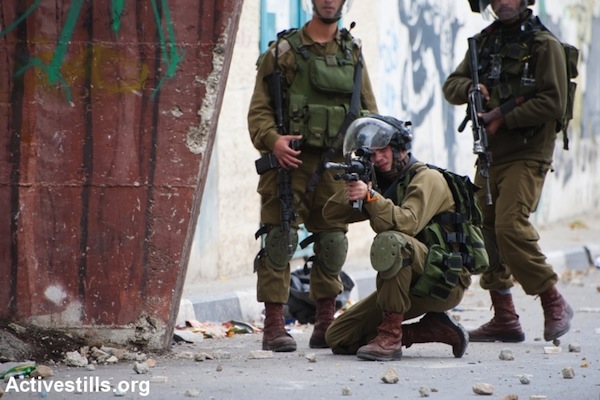 The army prefers to indict soldiers who loot — not those who kill
Why does the the IDF indict soldiers far more often for property-related crimes, while closing cases in which soldiers are suspected of wounding or killing Palestinians? By Yossi Gurvitz, written for Yesh Din In 2014, a total of 15 Israeli soldiers were indicted for harming Palestinians, as can be seen by our latest data sheet…
By +972 Magazine December 15, 2015