For too long, the Right has claimed a monopoly on fighting antisemitism, especially when it relates to Israel. 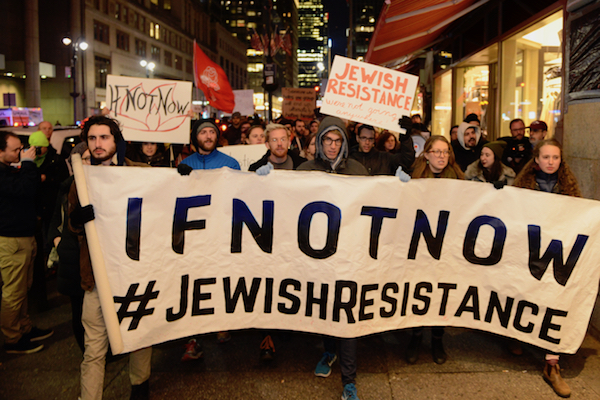 It’s been a fraught year for the American Jewish Left. Anti-Semitism continues to be stoked by the president and his inner and outer circles; the institutional Jewish community is openly courting anti-Semites; and verbal and legislative assaults from the Israeli and American right on ‘traitorous’ Jewish anti-occupation and BDS advocates continue to rack up. Meanwhile, Congress recently hosted a debate about anti-Semitism on U.S. college campuses, largely geared toward making criticism of Israel a part of Title VI’s definition of anti-Semitism.

Moreover, a number of incidents at left-wing demonstrations over the summer led to ugly fallouts in which accusations of anti-Semitism on the part of protest organizers provoked hysteria on the Right and divisive recriminations on the Left.

In short, it’s been even more difficult than usual to effectively and insightfully address the issue of anti-Semitism from the perspective of the Jewish Left—even as the need for such a discussion has become increasingly urgent. The degree of misinformation, slander and abuse swirling around—whether from the Jewish Right, the Israeli government, or emboldened neo-Nazis—makes it challenging (and intimidating) to stage a reasoned public conversation.

The unrelenting nature of our present moment adds to these barriers, and the white supremacist rallies that took place in Charlottesville this summer typified that tension: on the one hand, they involved displays of violent and virulent anti-Semitism; on the other, they were about much more than that. 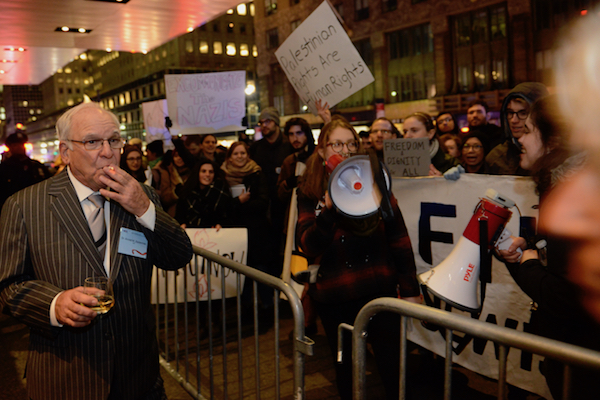 IfNotNow protesters demonstrating at the Zionist Organization of America gala as an attendee of the event looks on, New York, November 12, 2017. (Gili Getz)

So how do we begin to draw out the complexities of anti-Semitism and understand both its specificities and its intersection with other prejudices—particularly anti-Black racism and Islamophobia? And, moreover, how do we do that from within the Jewish Left, when we often seem to be assailed on multiple fronts under the misguided and dangerous notion that our Jewishness and our politics are incompatible?

Thankfully, Jews for Racial and Economic Justice (JFREJ) has just put out a new resource that speaks to exactly these questions. In addition to serving as a much-needed refresher for those of us who have been grappling with these issues for some time, it’s also an excellent primer for anyone on the Left who’s just starting to navigate these waters.

Understanding Antisemitism: An Offering to Our Movement grew out of a conversation between iconic writer and activist Aurora Levins Morales and then-JFREJ Director Dove Kent, and was put together by “a multi-racial, multi-ethnic, intergenerational team including Black, Mizrahi and white Ashkenazi Jews.” Further input and oversight was provided by “Jews with ethnic and national identities from many countries including Puerto Rico, India, Iraq, Syria, as well as non-Jewish allies from many racial and ethnic backgrounds.” 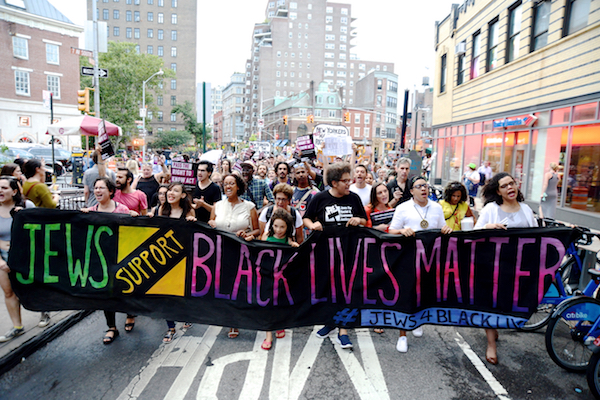 For a brief document, it covers an impressive array of complex topics: from the contemporary relationship between Jewishness and whiteness, to the multiple forms of discrimination experienced by Jews of Color. It examines anti-Semitism and anti-Zionism, traces the history of anti-Semitism, and makes clear the links between anti-Jewish hatred and other bigotries. The guide also delves into class and economic issues, and finishes with a review of our current moment and the legacies of solidarity that we need to build on today. It is a well-rounded, erudite and even-handed resource, and I hope it receives the attention it deserves throughout the broader Left.

It should be added that JFREJ is not the only organization on the Jewish Left taking bold steps to move forward the debate on anti-Semitism. Earlier this year, Jewish Voice for Peace published a book, On Antisemitism: Solidarity and the Struggle for Justice, featuring essays and interviews from a variety of voices with differing perspectives. The organization is also hosting a panel on the topic at the end of November at New York’s New School, featuring, among others, JVP head Rebecca Vilkomerson, Linda Sarsour, and Leo Ferguson, one of the authors of the JFREJ guide.

IfNotNow, too, staged a direct action last Sunday highlighting the complicity of the institutional Jewish community in pandering to anti-Semites, protesting the Zionist Organization of America’s hosting of Steve Bannon and Sebastian Gorka at their annual gala in New York.

These are early days, and there is much to be done in terms of our communities striking a clear and consistent tone on antisemitism and how to tackle it from the Left, let alone securing the kind of institutional changes needed to boost these struggles. But genuinely progressive Jewish organizations are starting to show us what’s possible. Let’s hope others follow suit.