Taking their cues from the American president, right-wingers like Bret Stephens argue that the Palestinians don’t deserve a state. Here’s why they’re wrong. 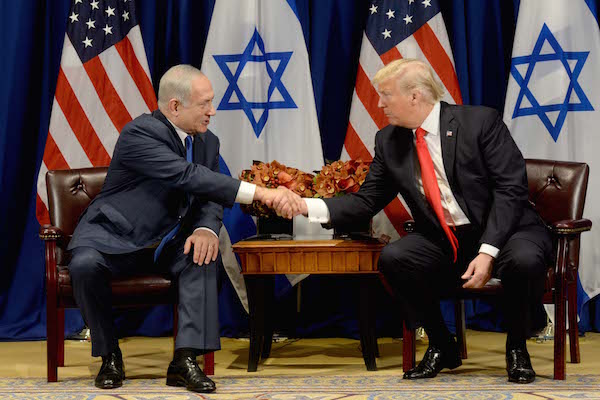 President Trump could have made a tremendous statement last week had he recognized the claims of both Israel and the Palestinians to a capital in Jerusalem. Instead, he reinforced Israel’s already disproportionate advantage in the conflict. Right-wing hawks then took it further, seizing on his statement to revive the dusty arguments rejecting of Palestinian statehood altogether.

Conservative New York Times columnist Bret Stephens provides Exhibit A, with his decree that Palestinians have not proved sufficiently worthy of a state. To make his case, Stephens relies on several baffling points.

He claims that Trump recognizing Jerusalem as Israel’s capital city “aligns the United States with the country toward which we are constantly professing friendship.” According to Stephens, the U.S. has somehow “stinted” Israel by withholding such recognition. Apparently propping up Israel with massive political, financial and military aid from 1948 to the present is worthless, compared to the sin of failing to move the embassy from Tel Aviv to Jerusalem. This despite the fact that just one paragraph earlier, Stephens claims that “most Israelis couldn’t care less where the embassy is ultimately located.” He does not explain why Israelis might have felt “stinted”, if they are indifferent to the matter.

Then Stephens displays actual denialism, explaining why Palestinian independence must be suppressed, conditioned or otherwise thwarted.

Peace and a Palestinian state will come when Palestinians aspire to create a Middle Eastern Costa Rica — pacifist, progressive, neighborly and democratic — rather than another Yemen: by turns autocratic, anarchic, fanatical and tragic.

For the international community, that means helping Palestinians take steps to dismantle their current klepto–theocracy, rather than fueling a culture of perpetual grievance against Israel. Mahmoud Abbas is now approaching the 13th anniversary of his elected four-year term. Someone should point this out.

The contradiction is right there in his sentence: Yemen is going badly, but the Yemenis have their own state. The history of modern statehood is strewn with non-democracies and dysfunction. Referring to the wave of decolonization in the 1960s, the scholar Robert Jackson coined the term “quasi-states” – those that are almost entirely dysfunctional, but were still recognized by the international community, found to be deserving of independence, and welcomed as members in global clubs.

It is reasonable not to want another failing state in the world, theoretically, and Palestinians certainly deserve a democracy. But the international community can’t draw the line at Palestine, especially when the Palestinian people are completely stateless. This isn’t Catalonia, whose people have citizenship in a fine country, or even Kurdistan, whose people have citizenship in a not-so-fine country. 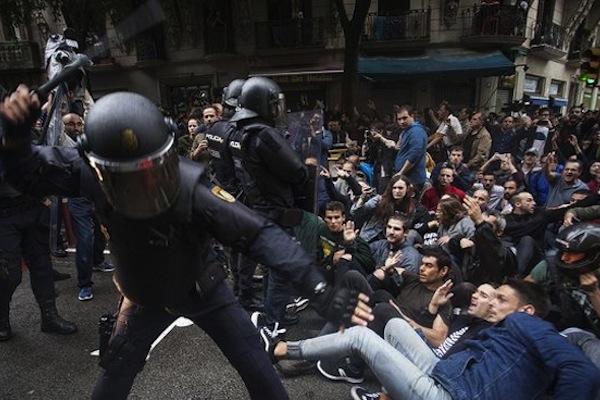 The idea that independence is conditioned on meeting ideal standards of democratic statebuilding smacked into reality in Kosovo in 2004, with deadly riots against Serbs. The international community realized that final status for Kosovo would have to move ahead faster; not because Kosovo had met all the right standards but because it became obvious that in the absence of independence the conflict would get worse. The Palestinians are no different.

But Stephens’ bar for Palestine goes far beyond just demanding that the unborn state be functional: they will get nothing, he finger-wags, until they are “pacifist, progressive, neighborly and democratic.” In other words, Palestine must act like no one else save for a smattering of northern European states and perhaps Canada.

I have other gripes with Stephens’ article. The term “klepto-theocracy” is clever but could just as well be applied to the U.S., given the current tax bill and the rumored influence of Evangelical constituencies on Trump’s Jerusalem decision. As for the Palestinians fueling a culture of grievances against Israel, that task is aided enormously by a hostile and violent 50-year military occupation.

Instead of “pointing that out,” Stephens bemoans that no one is talking about Abbas’ 13th year in office. Which is embarrassing, because everybody who follows (or lives) this conflict is talking about it. Where was Bret Stephens when Rwanda’s leader, Paul Kagame, won his 3rd election with what his own paper called a “ludicrous” 99 percent vote, and is now serving his 23rd year in office? The Times’ editorial board called to preserve Rwanda’s democracy; nobody argued that Rwanda no longer deserves to be a state – not even after the genocide.

Trump can frolic, but intelligent people shouldn’t succumb to his infantile thinking. It’s time to drop the dusty denial of the Palestinian right to statehood once and for all.