The revised Akunis-Kirschenbaum foreign funding bill backed by Prime Minister Netanyahu and Foreign Minister Lieberman is genius. Their proposed amendment to the income tax law will obligate a 45% taxation rate on donations from “a foreign state entity” to Israeli nonprofit organizations. The amendment will leave room for only one type of exemption for NGOs: those that also receive funding from the government. Those who do not already receive government funding must refer to a special Knesset “exemptions” committee that will decide whether to grant the tax exemption or not.  This bill is genius because it doesn’t contribute a single thing to the Israeli public but makes all the headlines.

The essence of the bill is not a war on human rights organizations, or on criticism of government policy and the occupation, or even on foreign government donations. The true essence of the law is making all civil society organizations in Israel that seek foreign donations subordinate to the state and its government – since those organizations that aren’t also funded by the state will have no choice but to refer to the special Knesset “exemptions” committee and request the state’s benevolence. If this law is passed it will become much more difficult for an NGO to remain independent and not depend on the state’s generosity, whether it focuses on women’s rights, disability rights or the rights of Palestinians under military law.

The subjugation of civil society organizations to the state takes place in many countries, and NGOs fear the state in many countries. These are not democratic countries and their regimes are much more concerned with themselves than with their citizens. Proposed laws such as the Akunis-Kirschenbaum bill seek to divert the debate from legitimate criticism of policy to a struggle over the very ability to voice criticism; from a fundamental discussion about social justice and freedom and questioning military control of another people – to an inane conversation about the legitimacy of donations being made to human rights organization by the European Union, and whether these 2 million Euros are different from the 150 million Euro donated by the EU to scientific research in Israel.

The best response we can provide is the human rights march next Friday, December 9, 2011. All those who continue to demand social justice will be there. All those who demand freedom and human rights will be there and all those who continue to demand the sustenance and expansion of Israeli democracy will be there. Everyone who understands that freedom of expression, thought and ideas – even those ideas which are most critical and unaccepted by society – are what constitute the most profound foundation of democracy.

In a letter sent by the Association for Civil Rights in Israel (ACRI) to the Foreign Minister last week, we cautioned against his misleading the public by comparing this bill to legislation in the US and Canada. The differences are huge. For example, the US only requires transparency and reports on donations from foreign entities, which already exists in Israel, and there is no clause in the US regarding taxation rates.

ACRI also helped draft and encouraged Members of Knesset from all factions to push a new bill, “Basic Law: Social Rights” onto the legislative table in the Knesset. This meticulously drafted bill obligates the state to provide basic services to all its residents.  We cannot only react but rather we must continue to combine opposition with initiatives. It is not sufficient to protest “Enough!” (of the witch hunt) but we must also demand “More!” (social justice).

The Human Rights March will transform the defense of democracy into the demand for social and civil justice. The march is the place to be for all those who care about what is really important: cultivating a healthy civil society with social legislation, the guarantee of freedom and the maintenance of Israeli democracy.

Ehud Uziel is Campaign Director of the Association for Civil Rights in Israel.

emailemail
Before you go…
A lot of work goes into creating articles like the one you just read. +972 Magazine is nonprofit journalism, owned by many of our writers, editors, and journalists. In order to safeguard that independent voice, we are proud to count you, our readers, as our most important supporters. With your support, we can keep +972 Magazine a strong, independent, and sustainable force helping push the global discourse on Israel/Palestine.
DONATE
More About Association for Civil rights in Israel 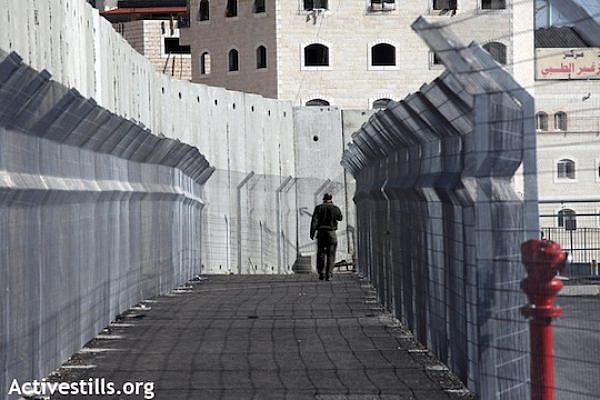 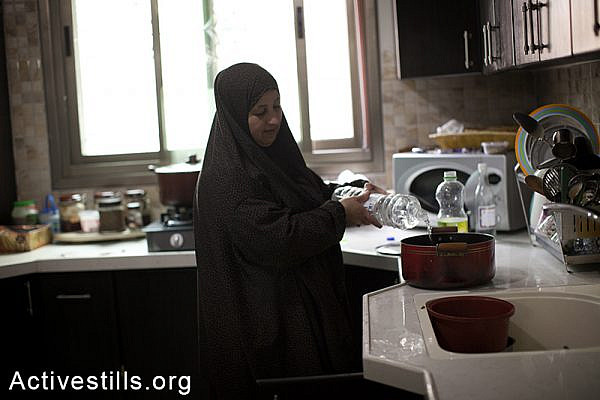 Palestinians in East Jerusalem go 10 months without water
Israel refuses to connect four neighborhoods in its self-declared capital to running water. Tens of thousands of Palestinians in East Jerusalem have been cut off from a regular supply of running water for nearly a year due to to their location beyond Israel’s separation barrier. Despite their location within the boundaries of Israel’s self-declared capital,…
By Mairav Zonszein January 18, 2015