Netanyahu accuses two-state supporters of advocating ethnic cleansing. But state-sanctioned ethnic cleansing and human rights violations are what enabled the Jewish settlers to occupy Palestinian lands in the first place.

By Nicola Perugini and Neve Gordon 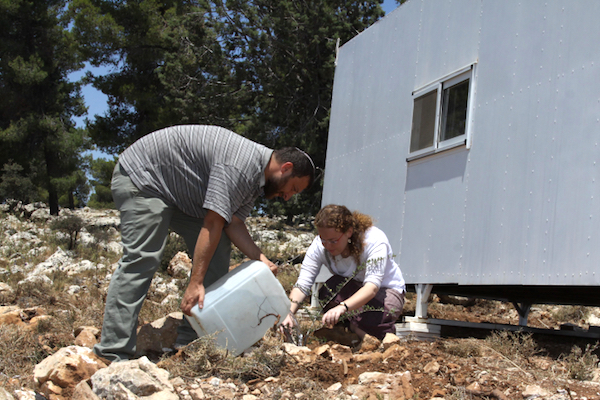 Just a few weeks after Prime Minister Benjamin Netanyahu claimed that he cares about the rights and lives of Palestinians in Gaza more than the Palestinian leadership does, he posted a new video message on his Facebook wall, arguing that any future dismantlement of Jewish settlements in the West Bank would amount to “ethnic cleansing.” He went on to intimate that insofar as the U.S. and other western countries support the uprooting of Israeli settlements as part of an agreement with the Palestinians, they were, in effect, supporting the cleansing of Jews.

“Would you accept ethnic cleansing in your state? A territory without Jews, without Hispanics, without Blacks,” he rhetorically asked, thus drawing a direct link between the settlers in the colonized Palestinian territories and racially discriminated citizens in the United States.

Netanyahu’s description of any potential evacuation of the West Bank colonies reflects the ethics of settler colonialism in which any attempt to dislocate the settlers is now equated with injustice. Unwilling to acknowledge that Palestinians were ethnically cleansed in 1948 and 1967, and that they continue to live under the constant threat of displacement as a direct result of his own government’s policies, Netanyahu depicts Israeli and thus Jewish settlers’ disengagement from the occupied West Bank, which constitutes a mere 22 percent of Mandatory Palestine, as an egregious violation of the rights of Jewish settlers. The irony is, of course, that these settlers initially colonized this land after it was captured in the 1967 war at the behest of the state.

Moreover, by invoking the phrase ethnic cleansing of Jews, Netanyahu is clearly mobilizing a concept that is deeply ingrained in Jewish collective memory and comprises a red line not only for the Israeli State but also for the international community. In fact, he is actually repeating a refrain first invoked by Israel’s well-known Foreign Minister Abba Eban, who in 1969 defined the return to the pre-1967 borders as “something of a memory of Auschwitz.”

Through the metaphor of “the memory of Auschwitz,” Abba Eban suggested that a withdrawal from the territories occupied in 1967 would correspond to another genocide of the Jewish people, this time in the temporal and spatial setting of Palestine. Tragically, the invocation of the horrific violations perpetrated during the Holocaust has long served to legitimize ongoing colonization and is presented as a preventive measure against the re-materialization of Auschwitz.

Thus, Netanyahu’s mobilization of settler ethnic cleansing echoes Eban’s “Auschwitz lines,” while introducing the novel notion of settler human rights. Through his Facebook video he transforms the colonizing settler into the victim of human rights abuses and the subjected Palestinians into the perpetrators who are ostensibly supported—unjustly, according to this distorted logic—by the international community. This, to be sure, is a very strange form of human rights: it is the human rights of a dominant ethnic group whose dominance has been instituted precisely through the expulsion and subjugation of Palestinians. Furthermore, decolonization becomes a crime against humanity, and the global discourse of human rights is turned into a tool for advancing domination.

In sharp contrast to the racial discrimination against African Americans, Hispanics, and other people of color in the United States, Israeli settlers are an inordinately privileged group. They are not a minority in the Jewish state, and despite Netanyahu’s attempts to revise history, it is crucial to remember that state-sanctioned ethnic cleansing and ongoing human rights violations is what enabled the Jewish settlers to occupy the lands on which they live in the first place.

Nicola Perugini is lecturer at the School of Social and Political Science, University of Edinburgh. Follow him @PeruginiNic. Neve Gordon is a Leverhulme visiting fellow at SOAS, University of London. First published in Al Jazeera, reproduced here with the authors’ permission.