This is the first application of the 2017 amendment to Israel’s entry law in which a foreign national already living and working in Israel has had their work permit revoked for alleged support for BDS. 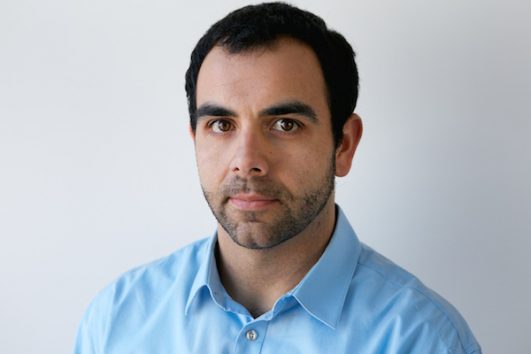 Human Rights Watch and its Israel and Palestine director, U.S. citizen Omar Shakir, filed a lawsuit on Wednesday against the Israeli government following the Interior Ministry’s decision to revoke Shakir’s work permit and expel him from the country for his alleged support for a boycott of Israel.

The lawsuit against the deportation order is the first legal challenge of the use of Israel’s “boycott travel ban,” which is a 2017 amendment to the Prevention of Entry into Israel Law, authorizing the interior minister to withhold temporary visas or residency to any non-Israeli citizen who has publicly called for or pledged to participate in a boycott of Israel. HRW is being represented by Israeli human rights attorneys Michael Sfard, Sophia Brodsky and Emily Schaeffer Omer-Man. Shakir is supposed to leave the country by Monday May 21, pending the suit’s outcome.

UPDATE: On Thursday a Jerusalem District Court judge rejected Shakir’s request to remain in Israel until the end of the proceedings, instead ordering him to leave the country by May 24.

This is first case of its kind in which a foreign national already living and working in Israel with an existing visa has had their work permit – and thus visa – revoked for alleged support of boycott. There have been cases in the past, including recently, of foreign nationals being denied entry to Israel upon their arrival to Ben-Gurion Airport. Last year, Israel denied entry to Amnesty International staffer Raed Jarrar. And there was an incident a few years ago when Dutch journalist Derk Walters was forced to leave the country because his GPO credentials were not renewed for tweeting articles critical of Israeli policies. But kicking someone out who already lives and works in Israel is unprecedented.

Asked about the petition, Israel’s Population, Immigration and Border Authority (PIBA) spokesperson Sabine Haddad replied, “We will respond in court.”

The lawsuit’s main argument is that this is Israel’s way of muzzling dissent. “The motivation for the decision to remove the Petitioner is not his alleged past support of boycotts, but the drive to prevent an institution that is critical of the policies of the Government of Israel from carrying out research activities here and in the Occupied Territories.”

The lawsuit also claims that the deportation order goes beyond the authority of the law, since the law does not allow for revoking visas and deporting foreign nationals who are lawfully present in Israel, but is limited to preventing the entry into Israel of foreign nationals who promote a boycott of Israel.  “It would mean anyone lawfully present in the country has to watch their speech and there could be a witch hunt to look for past expressions that are distasteful to the Israeli government,” attorney Emily Schaeffer Omer-Man told +972, adding, “Is every single expert foreign worker going to be vetted for anything they’ve ever done or said in past?” 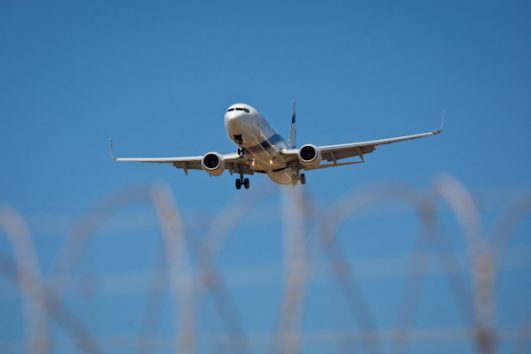 The implication of the lawsuit is an effort to distinguish between endorsement of BDS (boycott, divestment and sanctions), and the call to boycott settlements specifically – something the 2011 anti-boycott law does not do – since the settlements involve an inherent violation of international human rights law that human rights defenders work to prevent.  “HRW does not call for BDS. Yes, HRW does encourage businesses and states to refrain from engaging with direct violations of international law – that should not meet the test of what a boycott is,” Schaeffer Omer-Man said.

The government based its decision on a seven-page dossier compiled last year that points primarily to Shakir’s pro-BDS activism as a student in college before he began working with HRW. The dossier looks like it was pulled in large part from Canary Mission’s website, a far-right American watchdog group that publish names and information of individuals it deems “anti-Israel,” with the explicit goal of damaging their reputations and careers. Referring to the dossier, the petition states, “The fact that the Israeli government collects such information about individuals should sicken anyone familiar with the history of government surveillance of civilians.”

“You cannot make a legitimate argument that the BDS law is anything but a political litmus test,” Shakir said, adding  “Amid a very challenging period for human rights — with Gaza and elsewhere — it is unfortunate that instead of devoting our attention fully to those pressing rights issues, I have to deal with this sort of challenge and defend our right as HRW to cover a country we’ve been working on for three decades.”

Among other roles, Shakir served as co-president of Students for Palestinian Equal Rights at Stanford and called to divest from companies that profit from occupation. Shakir said that all staff members have engaged in prior political activities, as he did, to try and influence Israeli policies. “They have shifted strategies — instead of going against HRW as they did last year, now it’s about me. This is a tactic — targeting me — to shut down HRW’s work.”

HRW engages in campaigns related to the settlements — for example, a call to publish a UN database of companies that operate in the settlements. The definition of a call for boycott is drawn from the 2011 anti-boycott law, which does not distinguish between calling for a settlement boycott and a broader boycott of Israeli institutions.

Shakir has been living and working in Israel and Palestine for the last year. Israeli authorities have been trying to target Human Rights Watch for some time. HRW originally applied for Shakir’s work permit in July 2016, a process he says was supposed to take 60 days, but ended up taking eight months. Last year, the Interior Ministry revoked Shakir’s work permit but then reversed the decision. Shakir has been on a one year work visa since April 26, 2017, which he then applied to extend before getting his deportation order. Shakir said the Interior Ministry at the time even acknowledged that HRW does not advocate BDS.

By ordering for his deportation, Israel has joined the ranks of countries like North Korea, Sudan, Cuba and Venezeula, who have also blocked access to HRW staffers.

Human Rights Watch is a major American human rights organization that has worked in Israel for 30 years and monitors violations by Israel, the Palestinian Authority, and Hamas. They operate in 80 countries around the world and in every single country in the Middle East and North Africa, with the same mission of monitoring and trying to get countries to disengage from human rights violations.

Since news came out about a week ago, 16 Israeli human rights organizations issued a statement condemning the government, with the message “There is no hiding occupation.”

Before joining HRW, Shakir worked as a legal fellow at the Center for Constitutional Rights, whose director and board chair were recently denied entry to Israel along with two other members of an American civil rights delegation to Israel and the occupied West Bank. In the past, CCR has filed war crimes lawsuits against former Defense Minister Moshe Ya’alon and former director of the Shin Bet and Knesset Member Avi Dichter.