Palestinian and Israeli anti-occupation and pro-peace groups march along main settler highway. MK Ayman Odeh calls for Palestinian statehood while putting an end to ‘the racist discourse of separation.’ 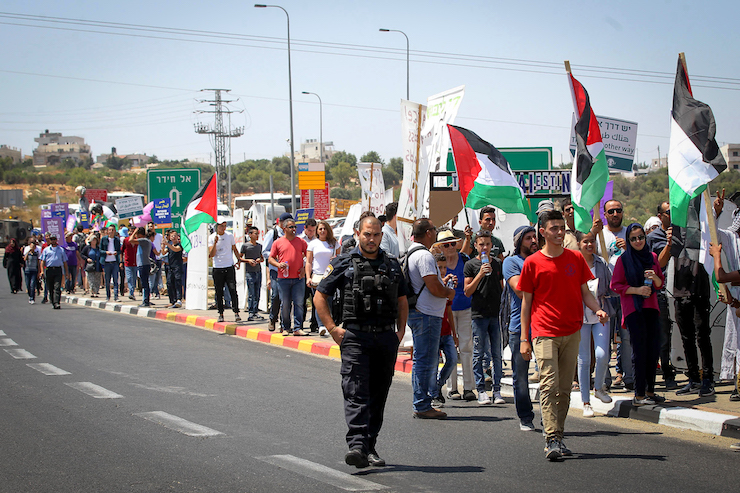 Hundreds of Palestinians and Israelis marched along a major highway used by settlers in the West Bank on Friday demanding an end to the occupation and a peaceful resolution to the conflict.

For two years now, Combatants for Peace and other organizations have held the near-monthly marches on Route 60, the southern West Bank’s main north-south artery that connects Jerusalem, Beit Jala, the Gush Etzion settlements, and Hebron. 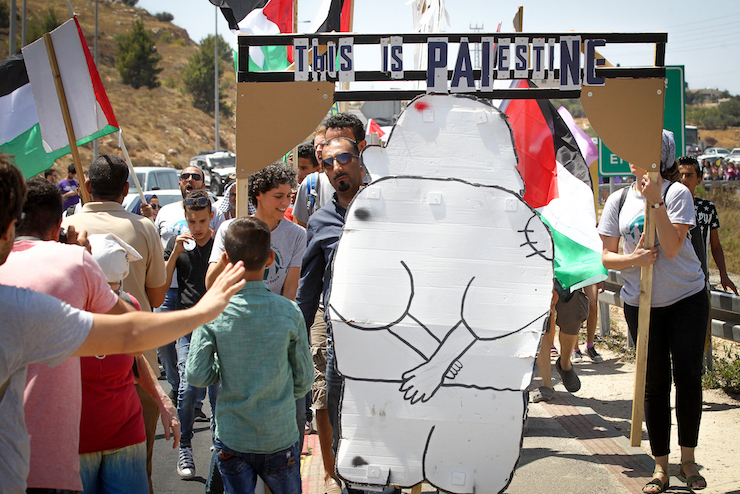 Participants marched along the side of the highway, chanting against the occupation and violence and playing drums. At the end of the march, several speakers addressed the crowd.

“We stand here together, Israelis and Palestinians, who want to build peace together, standing together against the occupation, and opposing the racist discourse of separation,” Member of Knesset Ayman Odeh, head of the Knesset’s third-largest party, said in a speech at the march. “The idea of seeking a Jewish majority is racist and harms our joint struggle. We support the establishment of a Palestinian state for the benefit of the Palestinian people and their right to live with independence and dignity, and because it will be good for both peoples.” 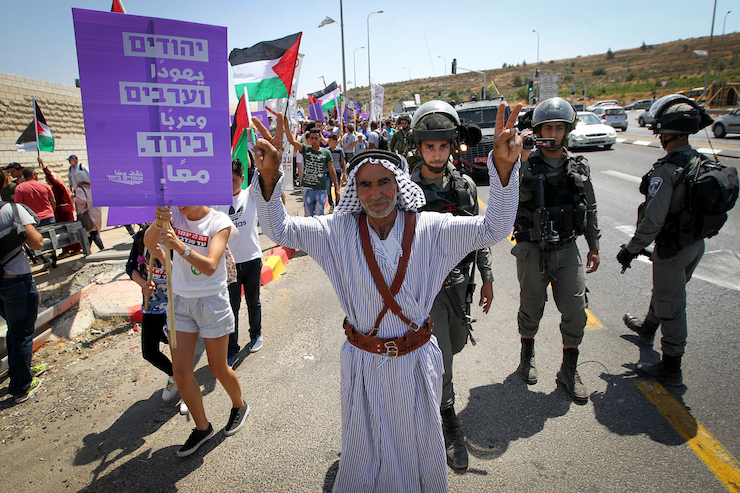 Fadel Aamer, a Palestinian man who along with hundreds of Jewish American, Israeli and Palestinian activists recently reclaimed his land in Sarura, from which he was expelled 20 years ago, participates in the pro-peace march, July 7, 2017. (Wisam Hashlamoun/Flash90) [Read more about Sarura here.]
“It was really moving to see hundreds of people marching here today — Jews and Arabs from Israel and the occupied territories — chanting in two languages but with one message: Israeli-Palestinian peace is for the good of both peoples,” said Suf Patishi, one of the organizers of the event from Standing Together. “We will continue to march, and we will continue to speak that message.”

“We came together because we believe that with nonviolent, joint direct action against the occupation we can change the reality here,” said Karen Isaacs, an organizer with anti-occupation collective All That’s Left. “So I say, occupation is not my Judaism. Through nonviolent direct action, a world of kindness will be built here.”