The village that managed to unite the world behind the spirit of nonviolent Palestinian protest marks more than a decade of not only tear gas, night raids and tragedy, but also co-resistance and victories in the struggle against settlements, the separation barrier and the occupation. 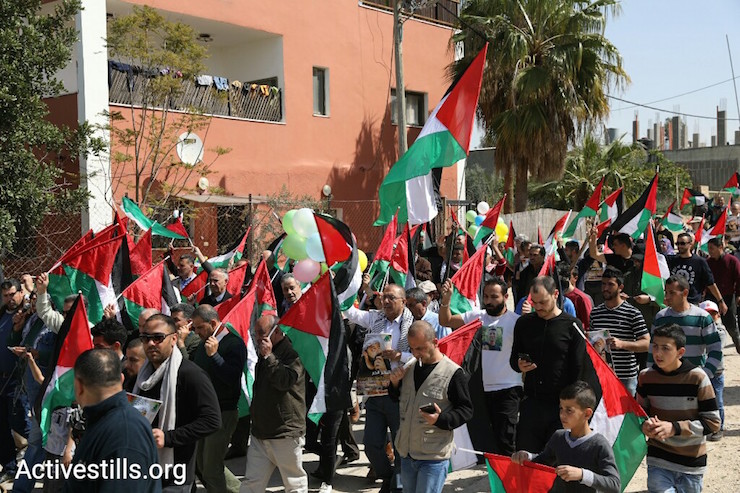 Some 500 demonstrators marked 13 years of struggle against the separation barrier in the West Bank village of Bil’in on Friday. The demonstrators — Palestinians, Israelis, and international solidarity activists — marched toward the wall, where Israeli border police fired tear gas at them. Several activists suffered from tear gas inhalation, and one international activist was arrested.

The demonstrations in Bil’in have taken place every Friday since February 2005, when Israeli bulldozers first arrived to start clearing olive trees to make room for the wall. Following the weekly prayer, demonstrators march from the center of the village to the separation barrier, built on the village’s land. The demonstrators, some of whom were dressed as characters from the movie “Avatar” or as Native Americans, marched toward the wall alongside a tractor carrying a massive “13,” decorated with pictures from the history of the struggle in Bil’in. Upon reaching the separation wall, several activists attempted to climb it, prompting the arrival of the border police who fired tear gas directly at the demonstrators. Among those injured by the tear gas barrage was also a journalist. 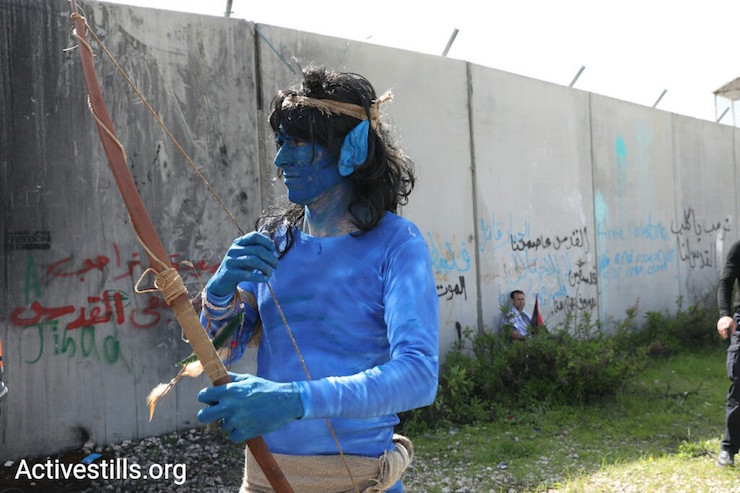 A demonstrator in Bil’in dressed up as a character from the movie ‘Avatar.’ March 2, 2017. (Activestills.org) 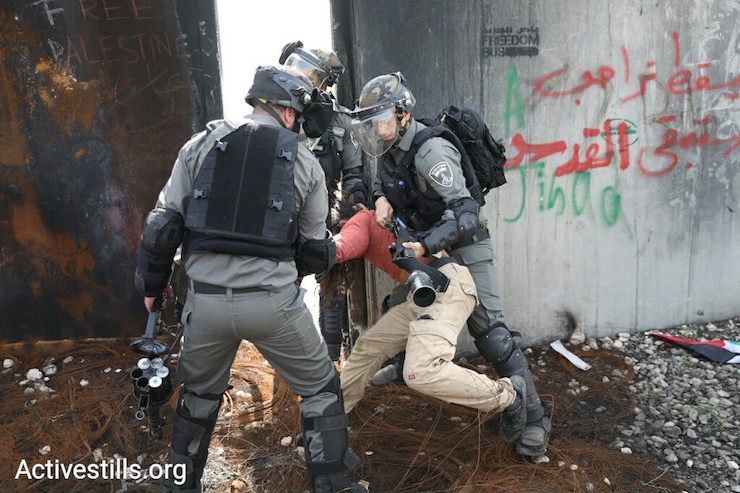 When the wall was first built, it expropriated some 1,950 dunams of the village’s agricultural land. Following years of struggle and a Supreme Court ruling, the wall was repositioned in 2011, returning some 600 dunams of land back to the village, but over 1,000 remain on the other side of the wall, near the ultra-orthodox settlement of Modi’in Ilit. Bil’in’s residents continue to demand the return of all of their land.

Winning back hundreds of dunams of land made Bil’in into a worldwide symbol of popular resistance to the separation barrier, settlements, and military rule in the occupied territories. But the village also suffered great losses. Israeli soldiers fired a tear gas canister directly at the chest of Bassem Abu Rahma, killing him. His sister, Jawaher, suffocated to death from tear gas inhalation. Thousands of protesters have required medical attention from Israeli crowd control measures over the decade-plus of demonstrations and hundreds have been arrested. 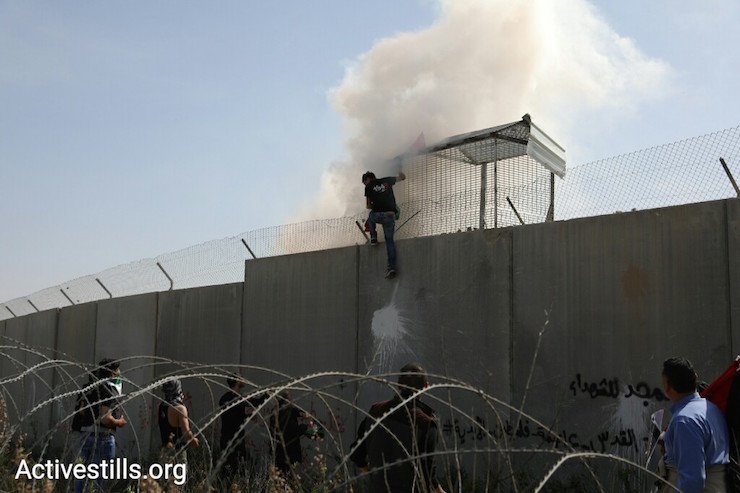 A demonstrator tries to scale the separation barrier in Bil’in. March 2, 2018. (Activestills.org) 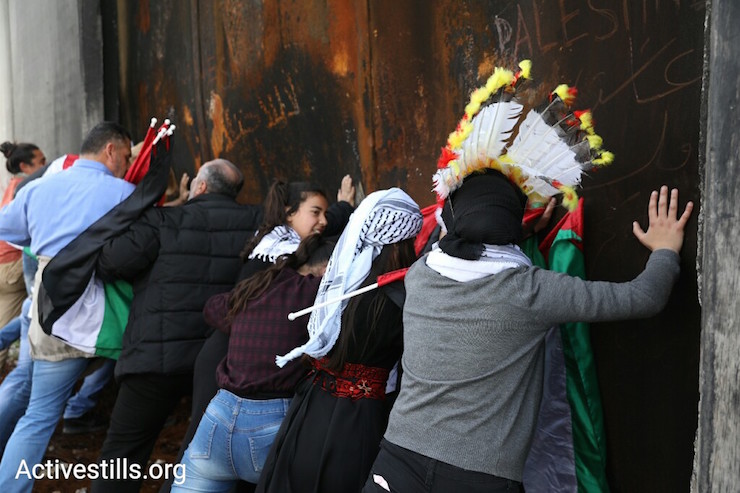 Demonstrators attempt to open a gate that is part of the separation wall in Bil’in. March 2, 2018. (Activestills.org)

The International Court of Justice in the Hague ruled that the Israeli separation barrier is illegal under international law since it is built not on Israel’s border, but within Palestinian territory in the occupied West Bank.