The Israeli army says it would like to conduct thorough investigations of the Palestinians it kills or wounds. The only problem? It is unable to do so honestly. 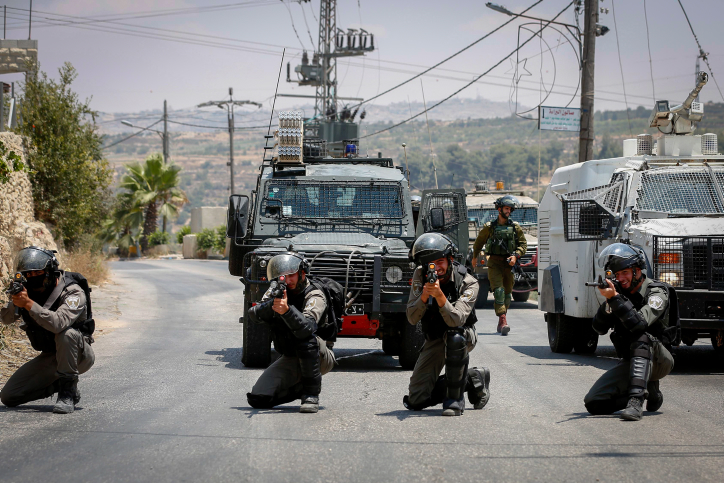 A little over a year ago, on the last day of October 2017, Muhammad Musa and his sister Latifah drove to Ramallah to run some errands. Shortly after the two filmed a short selfie video during the ride, soldiers opened fire at their car near Halamish junction. Latifah was wounded, Muhammad was killed. He was 26.

B’Tselem’s investigation into his killing was made public about five weeks later, and included several eye witness accounts as well as testimonies from paramedics who arrived on the scene. One of these eyewitnesses, Muhammad Nafe’a, is identified by his full name, photo, address, and occupation.

And yet, the Military Police Investigations Unit (MPIU) still somehow wrote to B’Tselem, almost six months later in May 2018, that it would be grateful “to receive Muhammad Nafe’a’s full personal information in order to contact him and arrange to have him give his statement on the matter.”

Welcome to the parallel universe known as “MPIU investigations.” In this universe, “investigations” proceed at lightning speed, and the military — which fully controls the West Bank and has little trouble getting its hands on Palestinians — acts as if it cannot locate a witness without the assistance of a human rights organization, even when his details are available for all to see, along with the rest of the findings of an independent investigation published long ago.

If this were a comedy, the awkwardness and absurdity of it all would have been quite amusing. But this is reality, not theatre. Investigating killings is enormously important, both in terms of justice for the victims, and to prevent the recurrence of such incidents.

The pitiful display in the “investigation” of Muhammad Musa’s killing is no aberration — it is part of the military law enforcement system’s longstanding policy, which affects hundreds, if not more, of cases of killings, injuries, and violence. The extensive experience B’Tselem has gained over the decades as it attempted to promote accountability has shown that the system has no real interest in advancing investigations and bringing justice to the victims. Its main objective is to create the appearance of a functioning legal system, while effectively whitewashing the offenses and protecting those who caused harm without justification.

Here are the figures: since the beginning of the Second Intifada in late 2000 until 2015, B’Tselem demanded the MPIU open an investigation in 739 cases in which soldiers killed or otherwise harmed Palestinians. Ninety-seven percent of those cases were closed, either after an “investigation” was conducted, or even without launching one. Indictments were filed in only 25 cases. The number of convictions is obviously even much lower. Suffice it so say, hardly anyone is ever held accountable. 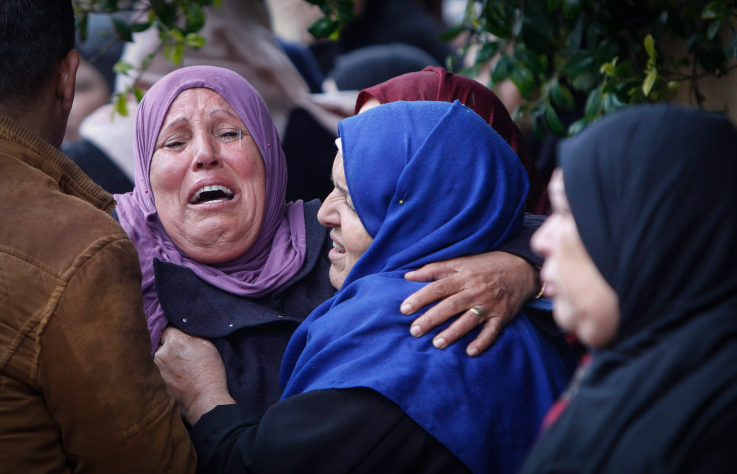 Palestinians mourn at the funeral of 22-year old Palestinian Ilyas Yasin, who was killed by Israeli soldiers after an alleged knife attack in October, Salfit, West Bank on December 29, 2018. (Nasser Ishtayeh/Flash90)

These figures are a direct result of the way the system functions. Firstly, it is inaccessible to Palestinian complainants — the victims it is supposed to protect. Secondly, the investigations drag on for months, even years, and are almost entirely based on interviews with the suspects and in some cases the victims, rather than external evidence. Without evidence, the Military Advocate for Operational Matters, who receives the investigation file, can close it for that very reason.

The Military Advocate General, who is tasked both with advising the military on the legality of its actions and directives, as well as deciding whether to launch investigations into incidents arising from those very actions and directives, finds himself in a conflict of interests. To top it all off, the entire system is confined to looking at the conduct of soldiers on the ground rather than at that of the top brass and the policy makers. In these circumstances, its ability to actually procure justice is extremely limited.

Some two-and-a-half years ago, B’Tselem decided to stop demanding the Israeli army open investigations and to cease abetting the MPIU’s whitewashing. The organization has since continued to conduct independent investigations into cases in which security forces harm Palestinians, and has investigated most incidents in which Palestinian civilians were killed. B’Tselem no longer contacts the MPIU, but it does publish its findings to the public, as in the death of Muhammad Musa and hundreds like it.

Although B’Tselem’s position is public and well known, MPIU officials still occasionally send the organization all sorts of requests relating to their “investigations.” Sometimes they ask for information that has already been made public, other times the ask for help locating witnesses the military has no trouble finding, and so on.

B’Tselem received such requests regarding the killing of Ahmad Zidani, a 17-year-old Palestinian who was shot dead by security forces as he was running away from them; or, Ali Qinu, also 17, who was shot in the head by soldiers; or Ahmad Salim, 28, also fatally shot in the head; or Muhammad Musa. 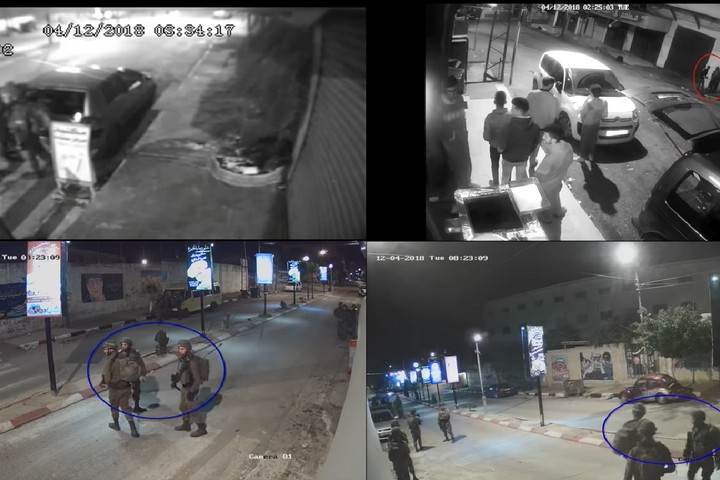 CCTV footage of Israeli soldiers shooting Muhammad Habali in the back of the head in the West Bank city of Tulkarm on Dec. 4, 2018. (Photo: Screenshot of footage released by B’Tselem)

B’Tselem recently received another letter from the MPIU regarding what they call “the occasion of the death of Muhammad Habali,” a Palestinian with a mental disability who was shot in the head by soldiers in early December. The soldiers fired from a distance of about 80 meters as Habali ran away from them; he did not pose a threat. In the letter, the MPIU investigator says he will conduct a “thorough investigation,” and asked for the video footage as well as for a witnesses’ contact information. B’Tselem had already uploaded the full, unedited video footage online. The MPIU’s repeated request for the contact information speaks volumes about the the true nature of its investigations.

And here is the response B’Tselem sent to MPIU Commander Col. Gil Mamon:

In your letter you contacted us regarding the “event of Muhammad Habali’s death” in Tulkarm on December 4, 2018.

Paper, evidently, does not blush. However, since you have outdone yourselves, it is necessary to set the record straight and clarify that what you refer to as “the occasion of death” was the killing of a passerby from a distance by a soldier.

You further note in your letter that you intend to conduct a ‘thorough investigation’ in order to ‘reach the truth.’ However, given our years of experience with the whitewashing mechanism referred to as the MPIU, the first part is not true, and the second will not happen.

As an aside, we note that contrary to the manner in which you spelled the organization’s name in your letter, it is not an acronym. Our name is the biblical word, B’Tselem, ‘in the image of.’ See Genesis 1:27: ‘And God created humankind in His image. In the image of God did He create them.’

B’Tselem is committed to to continuing its independent work documenting human rights violations committed by security forces in the occupied territories and the lack of accountability for these acts on the part of state authorities. The organization, however, will continue its work without the military law enforcement system, which perpetuates the violence on the ground. Collaborating with this deception is not simply ineffectual, it is harmful, as it lends credibility to a system that should be condemned, allowing it to carry on legitimizing human rights violations.

This is not merely theoretical. The complete lack of accountability for killing and violence means they are guaranteed to be repeated. This is why B’Tselem will continue investigating, publicizing, and uncovering the truth about the Israeli so-called law enforcement whitewashing — until the occupation ends.

The author is the executive director of B’Tselem, the Israeli Information Center for Human Rights in the Occupied Territories. This article was first published in Hebrew on Local Call. Read it here.