One Palestinian fisherman is reportedly wounded by Israeli navy fire, four are arrested and their boats seized. The size of the zone where Israel allows Gazans to fish changes at the whims of Israeli military commanders and politicians, who have in the past openly discussed how they use it as collective punishment. 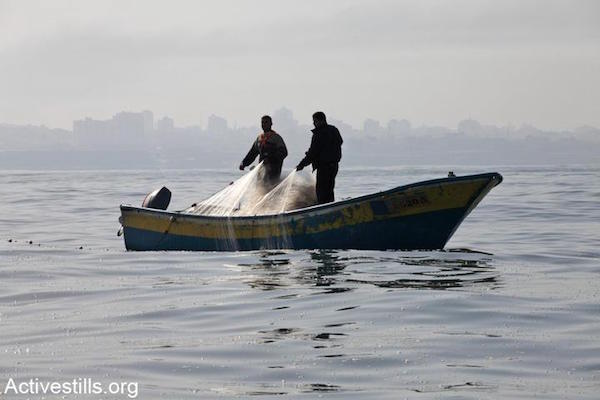 Fisherman reel in their nets off the shore of the Gaza Strip. File photo. (Anne Paq/Activestills.org)

The Israeli navy opened fire on unarmed Palestinian fishermen off the coast of the northern Gaza Strip Saturday morning. No injuries were reported.

On Friday Israeli naval forces arrested four Palestinian fishermen off the southern Gaza coast. Israel released three of the four men Saturday morning. The fourth, who was reportedly wounded by naval gunfire, was expected to be released later in the day.

According to witnesses cited by both the Ma’an and Wafa news agencies, both incidents took place within the designated fishing zone.

The limitations affect the amount and types of fish that can be caught, and results in overfishing within the permitted areas. 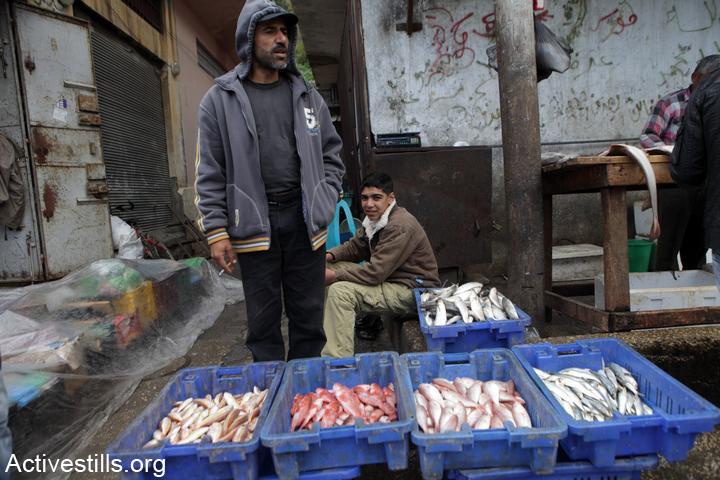 According to the Oslo Accords which created the systems that defined the mechanisms according to which the Israeli military rules Palestinians in the West Bank and Gaza, Israel agreed to allow fishermen in Gaza to operate freely in a zone extending 20 nautical miles off the coast. Furthermore, the Israeli army still controls movement inside the Gaza Strip. Israeli troops maintain a no-go zone several hundred meters from the border fence. Palestinian farmers and protesters who enter the no-go zone, which comprises a significant portion of Gaza’s arable land, are regularly fired upon and sometimes killed.

Earlier this year +972 revealed that the army had begun spraying herbicides and germination inhibitors inside the Gaza Strip, damaging some 420 acres of Palestinian-owned crops. The army also regularly enters the Gaza Strip in order to clear brush and other obstacles to its line of sight which it claims Palestinian militants can use to launch attacks against Israeli troops.

The Israeli army also restricts the cellular internet speeds residents of the Gaza Strip may enjoy. The army decides with whom Gaza businesses may conduct trade, including whether they can trade with other Palestinians in the West Bank, what goods they may trade, and every other aspect of imports and exports.

A shorter version of this article first appeared in Hebrew on Local Call. Read it here.