By the end of her fourth stint in military prison, Noa Gur Golan will have served 104 days for refusing to take part in the occupation. 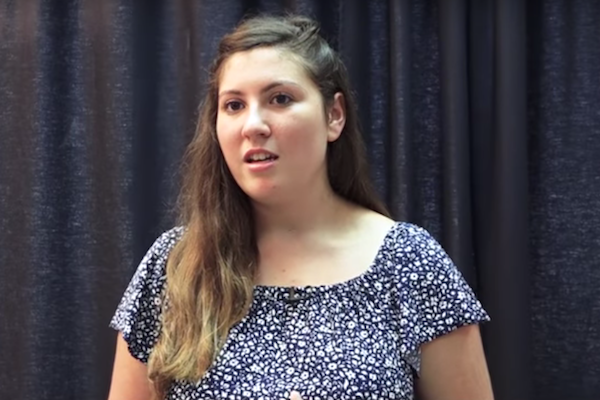 The Israeli army sentenced conscientious objector Noa Gur Golan to her fourth stint in military prison on Monday, this time for a period of 30 days, over her refusal to serve in the IDF.

By the end of her latest term, she will have served a total of 104 days behind bars. Gur Golan, 19, from Netanya, has appeared three times before the army’s conscientious objectors committee, which has repeatedly rejected her claim that she is a pacifist who refuses to serve in any army.

Gur Golan published the following status on her personal Facebook page just prior to her latest appearance before the committee:

“Anyone who has gotten to know me recently knows that public refusal, and in general going to prison, is the last thing I thought would happen. I honestly thought that I would walk into the committee, regardless of how threatening it was, and would find my way into the hearts of the four aggressive men who sat there (and one woman who didn’t say a word), and if not the first time, then the second time. And if not the second time then when I ask to see the committee the third time…

I will go back for the fourth time, because even when the barbed wires look threatening, and they remind me that I am in prison, I know I did the right thing. I know tat if I was given the privilege and the strength to say no, I know that I was given a responsibility, and I will fulfill it.

Two additional conscientious objectors are set to appear at the IDF induction center in Tel Hashomer, where they will declare their refusal to serve in the IDF and are expected to be sent back to military prison. One of them is Hadas Tal, 18, from Kibbutz Yifat, who ha served a total of 50 days for refusing to serve in the occupied territories and take part in the occupation.

The second is Ofir Averbuch, 18, from Tzofit, who has sat for five months in prison and will likely serve another term. Averbuch made his refusal public only after serving 130 days. In his declaration, he wrote that his choice to serve is not a way to evade responsibility for ensuring the safety and security of those who live in this country:

It is clear to me, just as it is to my fellow conscientious objectors, that the Israeli-Palestinian conflict will not solve itself…We conscientious objectors understand that for the sake of our security and that of the next generations, we will need to cease feeding the circle of violence that we were born into, which we have learned to take for granted. In order to stop the violence we need to start by saying no: no to violence, no to bloodletting, no to the circle of violence that controls our life.

Earlier this year, three female conscientious objectors — Tamar Alon, Tamar Ze’evi, and Atalya Ben Abba — were sentenced to over 100 days, respectively, for their refusal to enlist.