Omri Baranes sat in military prison for 67 days for refusing to join the Israeli army. 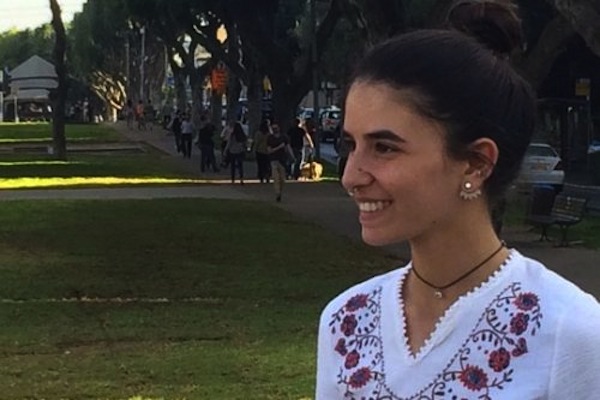 After spending 67 days in military prison, Israeli conscientious objector Omri Baranes was officially released from IDF service on Thursday. Baranes, from the city of Rosh HaAyin in central Israel, was recognized by an IDF committee as a pacifist and was thus released on conscientious grounds. The conscientious objectors committee originally rejected her request, leading Baranes to refuse to serve in the army and sit in prison.

According to the IDF conscientious objectors who oppose all forms of violence or service in any army are eligible for exemption, as opposed to those who refuse to enlist due to their opposition to a specific army policy — such as the occupation. These kinds of conscientious objectors usually sit for a lengthy period in military prison and are usually released on grounds of unsuitability, as was recently the case with Tair Kaminer, who sat in prison for around 150 days.

“I am very happy that I finally received an exemption from the conscientious objectors committee,” Baranes told +972. “It was a long journey and perhaps I could have avoided it, but now that I am exempted it is all behind me. The first step of not joining the army is over and now I will work through different channels toward peace and equality.”

In her original declaration to the army, Baranes wrote that “bombs and weapons are not the solution to conflicts. War carries the heavy price of victims: our soldiers are killed, as are citizens and residents from both sides. I refuse to be part of an organization that sees things in black and white, which views all the residents of an enemy country as potential enemies, and thus may harm innocent people.”